Adrian Peterson's Car Collection Is More Humble Than Others

Adrian Peterson is back running over defenses in the NFL after having some serious off the field issues last season. Some would compare Peterson's rushing skills to those of many fast and powerful vehicles. Perhaps "AD" gets some inspiration from his luxury car collection. While he may not be as flashy with his cars as athletes like Floyd Mayweather, he has amassed a nice sampling of expensive rides over the years.

Although his car collection is very nice, it is not as fancy as some. Peterson's cars get the job done without being extra flashy, much like he does on the field. AD won a Cadillac for being the MVP of the NFL's Pro Bowl in 2008, although that car's whereabouts are currently unknown. After he was drafted by the Vikings, he purchased a highly customized 2006 BMW 750i. Peterson's BMW features chrome on the front grille and lower front grille, color matching black taillights, and large aftermarket rims. 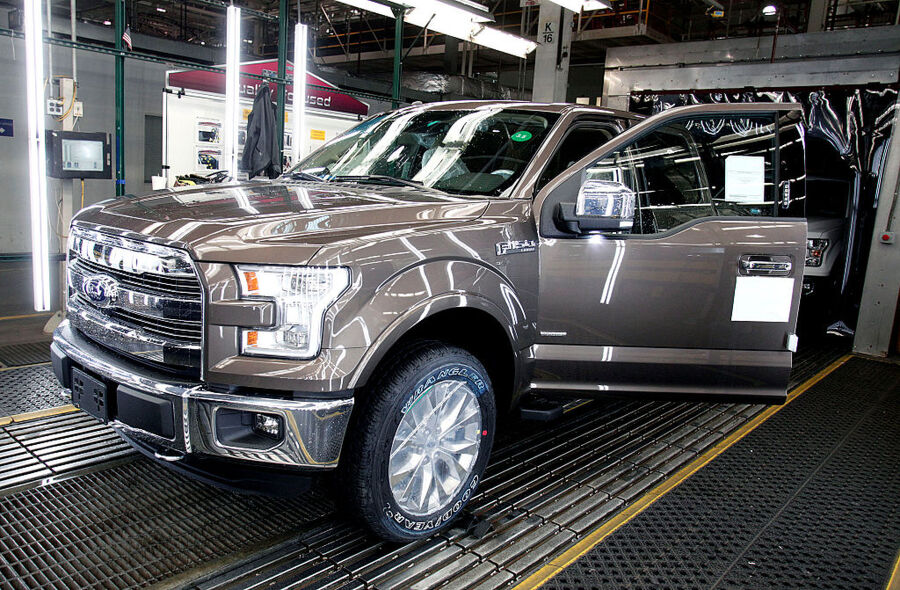 As a Texas native, Peterson just couldn't help himself and owns a good old Ford F-150, which may not be too expensive, but does what it's supposed to do. He also owns a nice black BMW M6 with 560 horsepower, which typically starts at over $100 thousand. Peterson also owns a Cadillac Escalade, which is a nice luxury SUV to cruise around in.

The Pro Bowl Vikings running back seems to be a fan of big vehicles and rewarded the members of his offensive line in 2013, when he gave each one of them an Arctic Cat snowmobile for helping become the league's MVP in 2012.

Adrian Peterson has a net worth of $30 million and an annual salary of $14 million. Back in 2011, he signed a six-year deal with Minnesota for $86.3 million, with $40 million guaranteed. When he joined the league in 2007 he initially had a six year deal worth $40.5 million, with $17 million of that guaranteed.

Before the 2015 season started, Peterson had already made almost $72 million from the Vikings. Adrian also made lots of money from endorsements, but lost about $5 million of that after his child abuse charges were made public last year. This summer, his Vikings contract was restructured so that he would stay in Minnesota for this season and most likely through 2017, making a guaranteed $20 million. With that much money, he can surely afford more luxury cars to add to his collection.