By Paula Wilson on December 3, 2012 in Articles › Celebrity Cars

Adam Levine is living a charmed life.  His band, Maroon 5, has spent most of the last year at the top of the charts.  He is a judge/mentor on the hit reality singing competition, "The Voice".  Additionally, in true rockstar fashion, he seems to have a knack for snagging hot girlfriends who are either models, or people who look like models. Of late, he has been speaking frankly about a variety of subjects, which has meant that he has royally pissed off some people.  He recently took aim at the famous music institution, The Roxy, for not providing him a dressing room when he was a less important musician, and he apparently took the time to rant about the train wreck that is the reality show, "Here Comes Honey Boo Boo" in a recent interview in GQ.  When he is not mouthing off about, well, everything, he likes to drive fancy cars.  His most recent acquisition is a very nice Porsche 356. 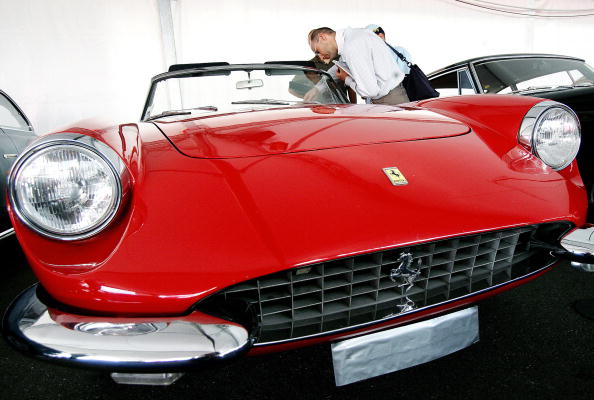 The Porsche 356 was produced from 1948 to 1965, and was created by Ferdinand Porsche, the son of the man who founded Porsche.  The body design was by Erwin Komenda, and the mechanics of the car are quite similar to those found in the Volkswagon Beetle.  The car took a while to catch on, but eventually became a favorite with drivers who liked to race.  The superior handling and aerodynamics made it a great road and competition vehicle.  Around 76,000 of the cars were made during its 17 years of production, with the final version, the 356C, featuring the most powerful pushrod engine ever manufactured by Porsche.  The cars sold for $4000 in the 60s.  Now they are a huge collectors' item, and can fetch as much s $300,000 at auction.  Even if Adam Levine occasionally says dubious things, he clearly has good taste in classic vehicles.