Most of us never want to take a ride in a police car, but it might not be quite so bad if you get brought down to the station in Abu Dhabi. Police cars are not often thought of as being luxury vehicles, but as it turns out, the Abu Dhabi Police department actually has one of the nicest luxury car collections around. Unlike most car collectors, who might park their cars to keep them safe, these supercars are actively operating on the road, protecting the United Arab Emirates' capital and most populous city.

The Abu Dhabi Police have just added the world's third most expensive car to their fleet, the $3.4 million Lykan HyperSport. This super luxury car is made by W motors, and is one of only seven planned for production. It features a 3.8 liter, flat-six Porsche engine capable of 770 horsepower, with a six-speed sequential gearbox or seven-speed dual clutch transmission as options. This police car can go as fast as 240 miles per hour, with a 0 to 60 mph time of just 2.8 seconds. The Lykan HyperSport was featured in the hit movie Furious 7 and comes with diamonds embedded in its headlights. 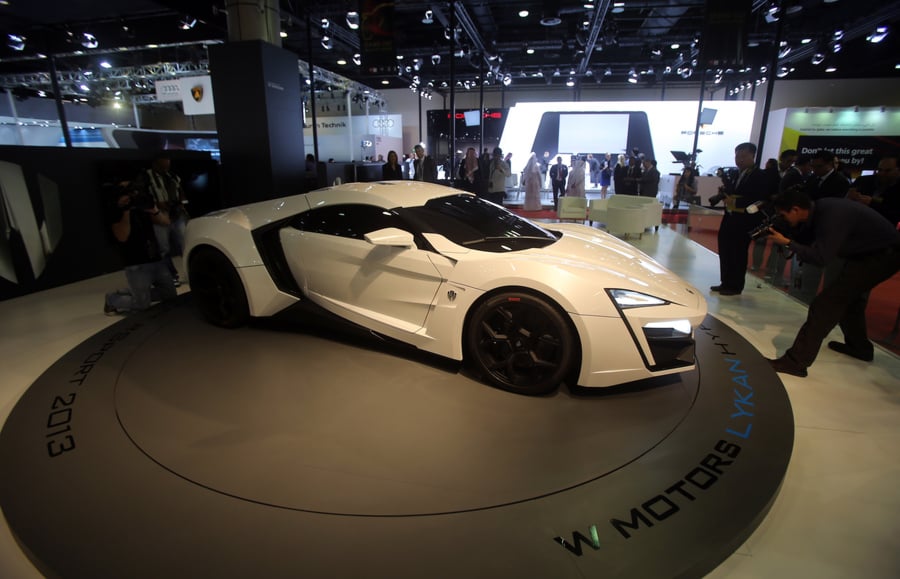 The HyperSport is far from the first supercar to be part of the lineup for the Abu Dhabi Police department. They currently drive a $1.8 million Aston Martin One-77, a $550,000 Ferrari FF, and a pair of $200,000 cars – the Mercedes SLS-AMG and a Bentley Continental GT. But that's not all; they also possess a Rolls-Royce Phantom, a Bugatti Veyron, an Audi R8, a Nissan GT-R, a McLaren MP4-12C, a BMW i8, a Mercedes G63 AMG, a BMW M6 GranCoupe, a Lexus RC F, a Lamborghini Gallardo, a Renault Twizy, and a Chevy Camaro SS!

With all these amazing luxury cars in their fleet, it will be hard to outrun the law in Abu Dhabi! According to an Abu Dhabi Police Lieutenant, "We have never exceeded the speed limit on the highway." If that is the case you have to wonder why they need all these luxury cars. If this type of thing happened in the United States, people would be outraged at how much money was being spent. So do you think it is necessary or ridiculous for a police department to have all these cars?