Of all the Russian oligarchs whose fortunes have been absolutely hammered in recent weeks, no one have been hammered harder than Vagit Alekperov.

Vagit earned his fortune thanks to his 20% stake in Russia's second-largest oil company, LUKOIL, which he founded in 1991. Prior to Russia's invasion of Ukraine, Vagit's $21 billion net worth made him one of the five Richest people in Russia. Unfortunately for Vagit, the last few weeks have been unkind to his personal fortune.

Below is a chart of LUKOIL's stock over the last six months… but note what has happened since mid-February specifically: 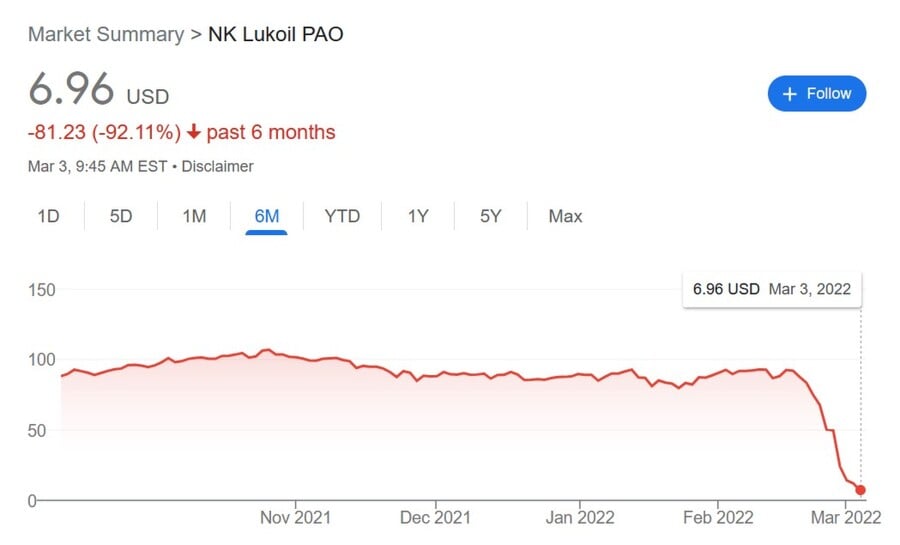 As you can see, LUKOIL's share price has dipped more than 90%, with the vast majority of that drop occurring after Feb 16!

And this isn't even the full picture because Russia did not allow its stock markets to open at all this week. Had trading opened, you likely would have seen LUKOIL drop even more.

As LUKOIL's stock has cratered, so has Vagit Alekperov's net worth. To refresh your memory, last month his net worth stood at $21 billion. As of this writing it has slumped all the way down to $3 billion.

And as it turns out, Vagit's personal fortune isn't the only thing in his life that has vanished! 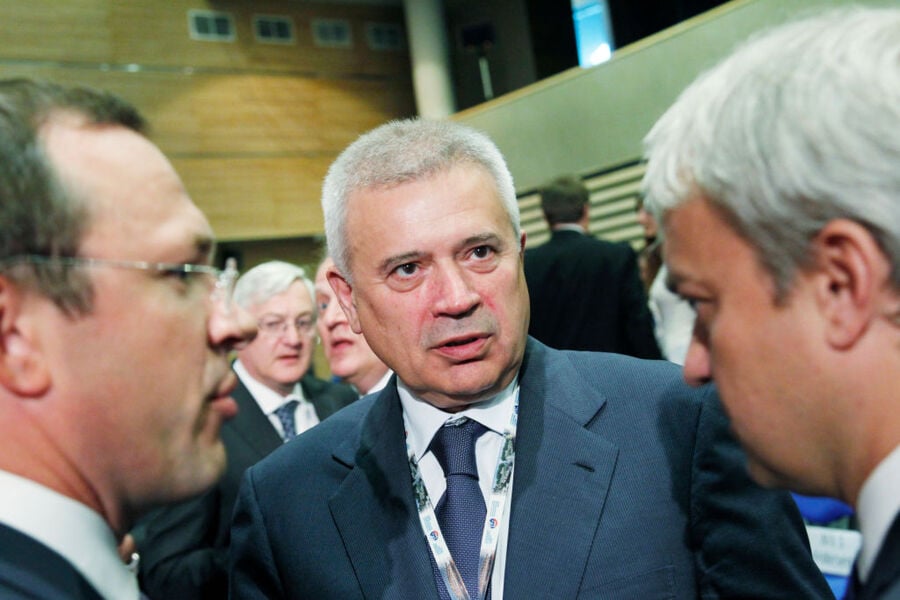 It's now being reported that Vagit's 230-foot superyacht, "Galactica Super Nova," has vanished from radar. More specifically, it stopped sending tracking signals that are legally required for yachts of that size.

Prior to Russia's invasion of Ukraine, Galactica Super Nova had been moored for months at a port in Barcelona. As European authorities began swooping in to seize sanctioned Russian yachts, Galactica started moving. According to yacht tracking services, Galactica traveled from Barcelona to a port in Montenegro on March 1st.

It departed the following day, except from that point on she was no longer emitting "Automatic Tracking Signals" (AIS). Extremely large yachts such as Galactica are legally required by international maritime law to always be operating AIS.

Galactica Super Nova is currently listed for sale on yacht marketplace. The estimated value is $75 million. The yacht can move at an impressive 30-knot max speed thanks to its Rolls-Royce-made booster jets.

Vagit is certainly not the only Russian yacht owner desperately trying to move their beloved vessels to friendlier waters. Roman Abramaovich, who was sanctioned by the UK on Thursday, reportedly moved his $600 million yacht out of European waters.