Sign Of A Bubble? This Week Someone Listed A Ferrari On eBay For $9 Million… And It Sold For The "Buy It Now" Price!

An extremely rare 1967 Ferrari Thomassima was recently listed on eBay for a staggering $9 million. The car was the only example of the Ferrari Thomassima II and one of three Thomassimas to ever be made. The amazing thing is that the car actually sold, though not for $9 million. Instead, this piece of automobile history sold as a "buy it now" for an undisclosed amount. Even if the Ferrari sold for half of the asking price, it would still be one of the three most expensive items ever sold on the auction site.

The Thomassima has an interesting history dating back to the early 1960s, when American Tom Meade went to Italy in search of a warehouse full of Ferraris. He did not find what he was looking for, but instead found a Maserati factory with only a discarded 350 SI that he later put back together. Over the years Meade owned and modified many Maseratis and Ferraris which led to his own special models being created. 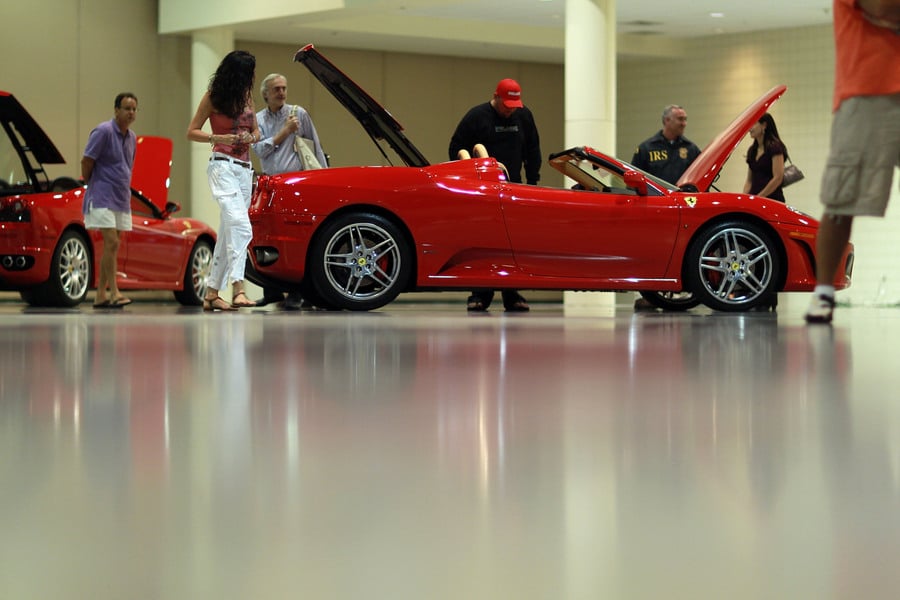 The first Thomassima was based on the Ferrari 250 GT but was tragically destroyed in a flood in Florence. The second Thomassima, which is the car listed on eBay, was made for Harry Windsor of California. The body was designed and made by coachbuilder and car racer Piero Drogo. It features a modified Cooper Climax F1 chassis from the late 1960s. The Thomassima has a rare inside-plug V12 engine from a Ferrari.

The car hit the concours circuit in 1968, but disappeared for many years. In 1983 it resurfaced and was stashed away by the owner who later listed it online. This classic car's existence was a secret until it showed up in restored form at the Pebble Beach Concourso Italiano in 2015. The Thomassima underwent a seven year restoration by Red Car Restorations, out of Rockwall, Texas.

As noted in the eBay listing, this is the first time a Thomassima has come up for sale since 1983. This car was included in Merritt and Fitzgerald's Ferrari "bible" as a piece of history. The only other Thomassima, III, is on loan at the Ferrari Museum in Modena. The Thomassima II was listed on eBay by Derik Kennedy of Red Car Restorations.

The most expensive thing ever sold on eBay was a "Gigayacht" which went for an incredible $168 million. A private Gulfstream II jet was sold for $4.9 million and other items to be sold for over $1 million on eBay include an Action Comics #1, Albert Einstein's "God letter," lunch with Warren Buffett, a Honus Wagner baseball card, and the towns of Albert, Texas and Bridgeville, California. The previous record for the most expensive car ever sold on eBay was $1 million for a Ferrari Enzo.  In case you are wondering, free shipping was not offered.