By Brian Warner on February 7, 2014 in Articles › Celebrity Cars

Are you in the market for a new car? Looking for something a little more sporty than your current whip? Do you have a couple million dollars lying around gathering dust? If you answered yes to these questions, then we highly recommend you consider buying the new $2.2 Million Lamborghini Sesto Elemento. The $2.2 million sticker price makes this Lambo the second most expensive car in the world, right behind the $2.4 million Bugatti Veyron Super Sport. If you are still interested, you better act fast because Lamborghini is only producing 20 Sesto Elementos. 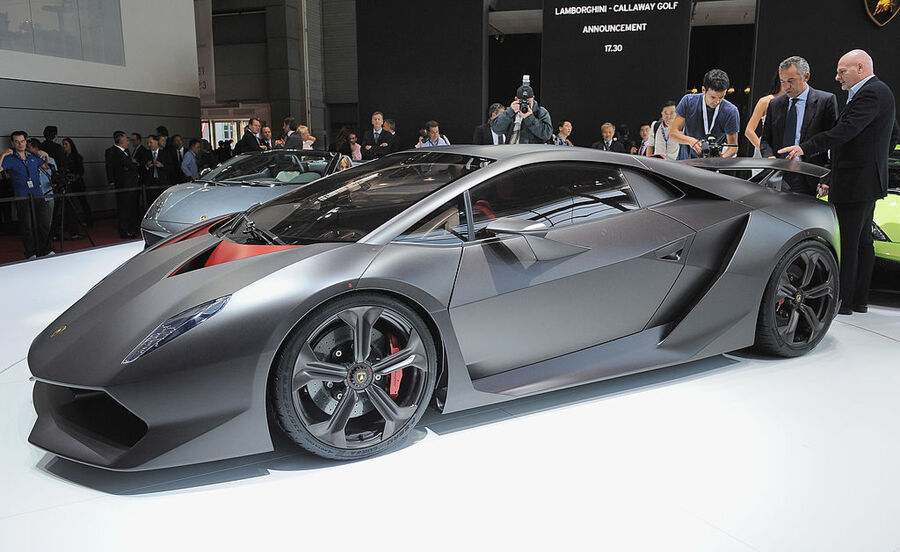 So what do you get for $2.2 million? "Sesto Elemento" literally translates to "Sixth Element" which is a reference to the fact that the car is made almost entirely out of an extremely expensive rare carbon fiber and is therefore the lightest Lamborghini ever manufactured. The car weighs 2200 pounds which is less than most sub-contact mini-cars. The name, unfortunately, is not a reference to "The Fifth Element", one of the greatest movies of all time, but the Sesto Elemento is absolutely out of this world. The car is powered by a 570 horsepower V10 engine. Combined with a semi-automatic six speed paddle-shift transmission and nearly 400 lbs of torque, the Lamborghini Sesto Elemento can go from 0-60 in 2.6 seconds and has a top speed of 217 MPH! For comparison, the 2013 Ford Taurus takes 13 seconds to go from 0-60 and has a top speed of 133 MPH.

Let's say you are rich enough to afford the Sesto Elemento and lucky enough to be one of the only 20 buyers, there is one catch… The Lamborghini Sesto Elemento is not and will never be street legal in the United States or Europe. If you live in either of those regions, you'll only be allowed to drive your Sesto Elemento at the track because the car will not include any of the street-legal-required safety equipment or speed controls, including airbags. But that doesn't mean you can't have fun on the track or ship the car to your mansion in Russia, Brazil, Japan… etc.

What do you think of the Lamborghini Sesto Elemento? Would you pay $2.2 million for a car you could never drive on the streets?