The $155k 2016 Acura NSX Is Being Lavished With Celebrity Praise

The newest version of the Acura NSX has been in the works for years and is finally here with the 2016 model year. The NSX was introduced 25 years ago, and was discontinued in 2005. After a lot of speculation, it finally made its debut at the 2015 Detroit Motor Show and it looks like it was worth the wait.

This stunning luxury hybrid sports car will be made in the USA at the Performance Manufacturing Center in Marysville, Ohio. The NSX is set to compete with other supercars, like the Audi R8, Ferrari 488 GT, and BMW I8, which is tough competition.

The 2016 Acura NSX will feature a 3.5 liter twin-turbocharged V6 engine as well as three electric motors to deliver a total of more than 550 horsepower. It will use Acura's Sport Hybrid Super-Handling All-Wheel Drive system, as well as a nine-speed dual-clutch transmission, and the carmaker's Integrated Dynamics System. All of this will add up to a top speed of about 190 miles per hour with a 0 to 60 time close to 3.5 seconds – pretty impressive. 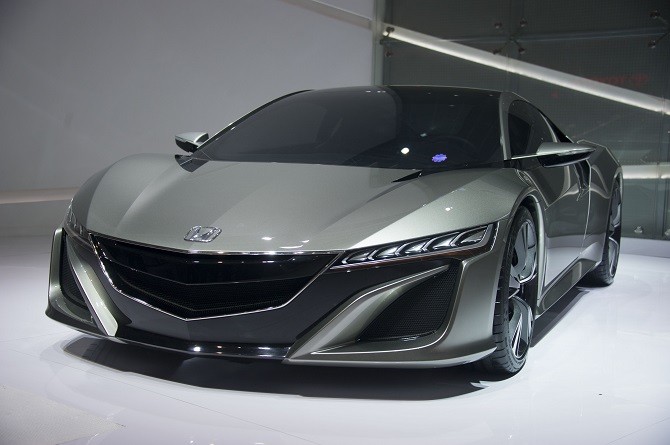 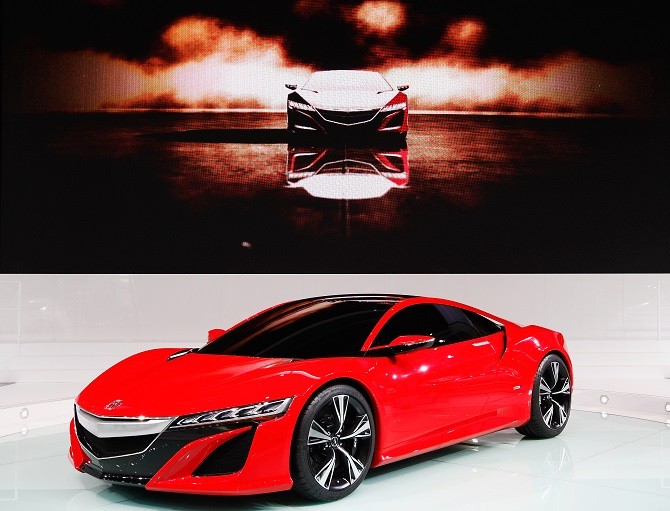 This new Acura's space-frame structure is made up of aluminum, steel, and carbon fiber, as well as "other advanced materials" – whatever that means. It has thin windshield pillars that give the driver a panoramic view of the road ahead of them. Early estimates are that the 2016 Acura NSX will start at around $155,000. This car is certainly expensive, but compared to some overpriced models, the cost doesn't seem too out of line for what it has to offer.

Celebrities Jerry Seinfeld and Jay Leno are already lining up to get their hands on the new NSX. Back in 2012, these two mega comedians did a Super Bowl commercial for the NSX. They later discussed the car in an episode of Comedians in Cars Getting Coffee (which Acura sponsors). Rapper Ludacris was the guest of honor at a VIP launch party for the NSX and said "I don't know what to say – it's amazing. It's almost like a hybrid between all of the great supercars, put together in one…" Of course he may have been building this car up for the launch event, but either way, it seems the 2016 Acura NSX will be a big hit.