Many people consider the Ferrari 250 GTO Berlinetta to be the most beautiful car ever designed. Regardless of what you think of the aesthetics, the 250 GTO is without a doubt the most desirable and famous Ferrari of all time. Only 39 250 GTOs were produced during the original production run from 1962 to 1964. Fashion mogul Ralph Lauren owns one, as does Pink Floyd drummer Nick Mason. Because they are so rare and coveted, when a 250 GTO comes up for auction, the wealthiest collectors in the world perk up.

Yesterday in Monterey, California, a very unique 1962 250 GTO was put up for auction as part of the annual Concours d'Elegance luxury car festival. This specific 250 GTO was originally built to compete in the 1962 3-liter FIA GT World Championship series. Unfortunately, months before that event took place, the car crashed during a different race. The driver was killed and the car was badly damaged. Fast forward more than 50 years and expectations were very high for this unique vehicle. And never one to disappoint, when all the bids were tallied and the final gavel came down, the 250 GTO had set a new all time record.

The winning bid? $34.65 million. But after commissions and auction fees the final price came to $38,115,000. That breaks the previous auction record by more than $8 million. The previous record was $30 million that a collector spent last year to buy a 1954 Mercedes-Benz W196R F1 single-seat racer. 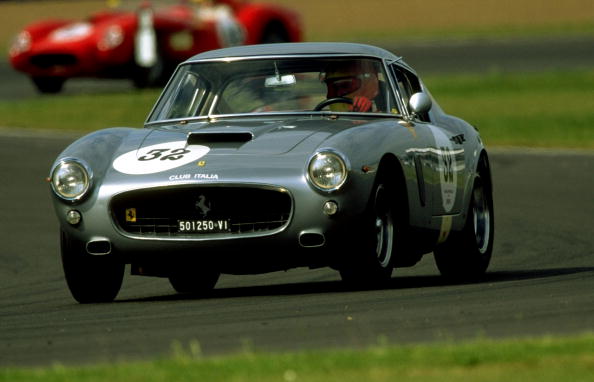 Even at $38.1 million, this is not the most expensive car ever sold of all time. When you also take into account private transactions, that record (not surprisingly) also belongs to another 250 GTO. In November of 2013, a collector in Connecticut received a truly mind boggling offer from a private collector in Spain for his 1964 GTO. The final price paid by the mysterious "Torrota Collection"? $52 million. Another 250 GTO was bought by the Lionshead West Collection in 2013 for $42 million in a private transaction.