The 10 Most Expensive Private Jets On The Market

By Amy Lamare on December 7, 2014 in Articles › Celebrity Cars

I'm sure we're all well aware that flying commercially can be a horrendous experience. Long check-in lines, flight delays, cramped seats, bad food, screaming babies, lost luggage… Ughh. Just thinking about flying around the holidays is giving me a migraine. But, let's assume for a minute that you happen to have an extra $50-$100 million burning a hole in your pocket. With that kind of cash, you can make some serious upgrades to your air travel experience. For $50-$100 million, you can easily afford to purchase your very own private jet, one that's been customized to your precise tastes and needs. One that can whisk you from New York to Tokyo for an evening of Sushi and Karaoke and have you home in time for work Monday (not that you work if you have $100 million lying around). And when it comes to picking out your jet, you'll discover a plethora of brands and options. From Gulfstream to Bombardier. From Boeing and Airbus. To help you sift through all these options, we've put together the following list of the ten most expensive new private jets on the market.

This plane isn't even on the market yet. It is set to make its debut flight during the first quarter of 2015. What makes this $45 million jet special is its ability to fly 5,200 nautical miles (that's nearly 6,000 regular miles). The 5X will have 28 windows that are larger than the standard airplane window. It will also have a skylight. 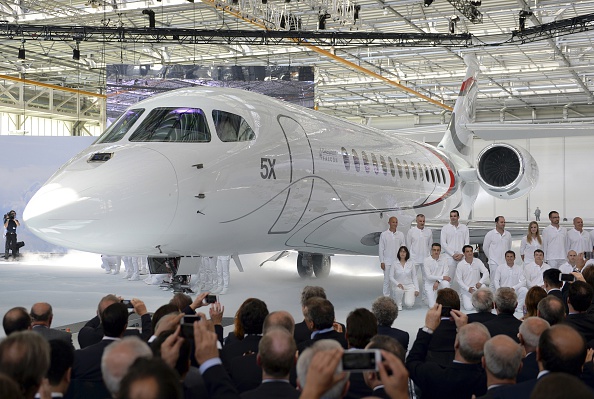 This replaces the Lineage 1000. The upgraded Lineage 1000E can travel up to 4,600 nautical miles and carry as many as 19 passengers in five cabin zones. This jet was designed to be a "home away from home" with creature comforts such as electrically controlled seats and tables, iPad docks and multiple ports for devices. The plane's lighting system is controlled via iPad. Up to five TVs can be installed in the jet, with the largest zone of the cabin, zone three, large enough to install a 48-inch TV with five speaker surround sound. It is a virtual movie theatre in the sky.

French jet Dassault is making serious inroads into the luxury, long-range private/business jet market. The Falcon 7X is the only three-engined jet at this price point. Introduced in 2007, this popular private jet option has sold more than 215 planes. This jet has a smaller cabin than its competitors Gulfstream and Global, but the interior was designed by BMW and features a walk-in shower, in-flight internet connectivity, and a blue-ray DVD player.

This is Gulfstream's older model but it remains a popular option with 476 sold since 2003. This plane has all the amenities you expect from the price point (and age of the plane) – a fax machine, wireless LAN, and satellite communications. The G550 also has a fresh-air system that continually fills the cabin with fresh air.

The Bombardier Global 6000 has an advantage over its pricier siblings the 7000 and 8000 – it is already on the market and popular with customers because of the largest cabin volume in its class. The 7000 and 8000 won't hit the market until 2017. The 6000 has a range of 6,250 nautical miles and has a more technologically advanced cockpit compared to the jet it replaced – the Bombardier Global Express XRS. This is the current top-of-the-line offering from the Canadian company. It can carry eight passengers and a crew of four non-stop from Los Angeles to Moscow, London to Johannesburg, or Tokyo to Dubai.

The Bombardier 8000 has three separate living areas including a stateroom. According to Bombardier, this three zone cabin configuration was developed based on research on the needs of its customers. The 8000 can carry between eight and 19 passengers, depending on configuration of the cabin.

The 8000 can fly 7,900 nautical miles at Mach 0.85. This enables passengers on this plane to fly non-stop from Los Angeles to Sydney, Los Angeles to Hong Kong, or New York to Mumbai. 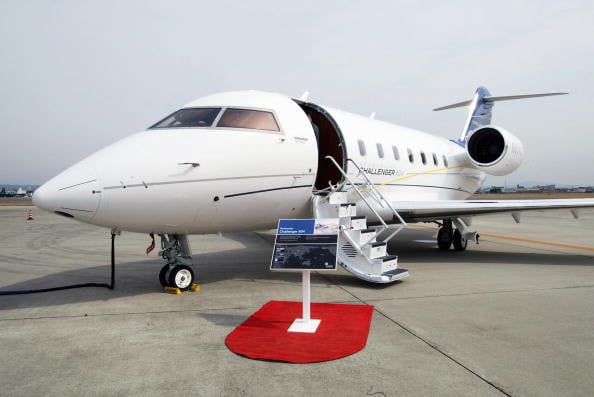 Ever since its launch the Gulfstream has been THE choice of billionaires and celebrities when they go shopping for a private jet. However, if you want to get the G650—Gulfstream's latest, greatest, and most expensive plane, you're going to have to wait until 2017. Maybe 2018. This plane has a WAITING LIST. The company cannot build them fast enough to meet the demand. Roughly 75 planes have been delivered so far, with about 40 of those in 2014 alone. This plane can take eight passengers and four crew 7,000 nautical miles at the speed of 0.925 mach – making it the fastest jet currently available.

The Gulfstream G650 is so popular with the jet-set (pun intended) that their owners have started flipping the planes to other desperate to have their own Gulfstream buyers and making profits between $5 and $7 million per flip. In fact, Formula One racing billionaire Bernie Ecclestone recently flipped his G650 to an Asian businessman for a $6 million profit.

The Airbus A319 ACJ is the tallest jet on the market and was made to directly compete with Boeing's Business Jet. It has a seating capacity of between 18 and 30 people and can travel up to 5,900 nautical miles. This plane is basically the corporate version of the Airbus A319, which is a shortened version of the commercial A320.

Boeing's Business Jet 3 was introduced in 2013. Based on Boeing's 737 commercial jet, this plane features a very large cabin with a lounge, dining room, en-suite bathroom, and staff area. It can carry 38 passengers, 8 crew members, and 230 pieces of luggage up to 6,000 nautical miles. Because of its larger size, it cannot land at smaller airfields as many private jets can.

So there you have it! Some pretty amazing options here. Which one are you gonna buy when you have the money?