Some people want everything rolled into one in a luxury vehicle. Now, there is a modified Mercedes-Benz G63 AMG that has been described as "an armored private jet for the road." To get everything you want on four wheels, this bad boy will set you back $1 million.

The armored vehicle specialists at the Inkas Group have come up with what promises to be the most luxurious off-roading vehicle ever to hit the market. For a cool million dollars, the Toronto based firm will build you a customized armored limousine for on and off the road use. Inkas is known for their Huron armored personal carrier and has modified the G63 AMG limo, which looks good in a matte black finish. 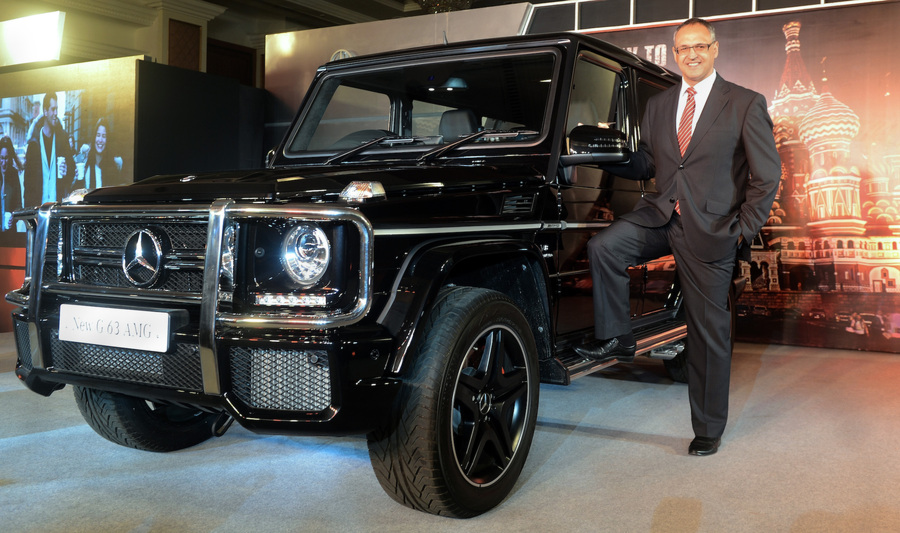 The standard Mercedes-Benz G63 AMG weighs 5,600 pounds and is a military grade off-road vehicle that can go from 0 to 60 miles per hour in 5.3 seconds. A 6×6 version is also offered, and all of the surfaces on this SUV, which includes the windows, are armored to be bullet proof. The floor of the vehicle has been specially designed to be able to withstand a pair of fragmentation grenades being detonated. This G63 AMG also comes equipped with perimeter security cameras that can be controlled by the passengers through an integrated iPad Mini, all while relaxing in a pair of captain's chairs.

This luxurious off-roader includes a handmade 5.5 liter biturbo V8 engine capable of 544 horsepower. As far as luxury goes, the limo has a satellite TV system, a bar and refrigerator, and a speed vault quick-access pistol holder. The limousine's cabin has plenty of fine leather and fine veneer and the vehicle's indoor exhaust system can be set to recirculate air inside to create a breathable atmosphere in one minute in case of emergency.

The standard Mercedes-Benz G63 AMG has a base price of about $137,000. The vehicle is used by the Abu Dhabi Police and is also owned by celebrities such as Ben Baller and Kris Jenner. Now you can go off-roading in luxury without having to worry about being shot at.