Brandon Marshall Loses His Sponsorship After Kneeling During National Anthem

The NFL season finally kicked off this week, and in the wake of Colin Kaepernick's stand (or rather, sit) against racial injustices by sitting or taking to a knee during his team's preseason games, other athletes are joining the 49ers quarterback in his plight.

One of those athletes is Denver Broncos linebacker Brandon Marshall. Thursday night, during the very first game of the NFL season, Marshall took a knee while "The Star-Spangled Banner" was being performed.

And now, he's become the first athlete to lose an endorsement deal as a result of his protest.

The Air Academy Federal Credit Union (AAFCU), who had been a sponsor of Marshall for the previous five months, decided to end their partnership less than 24 hours after Marshall's display on the field. 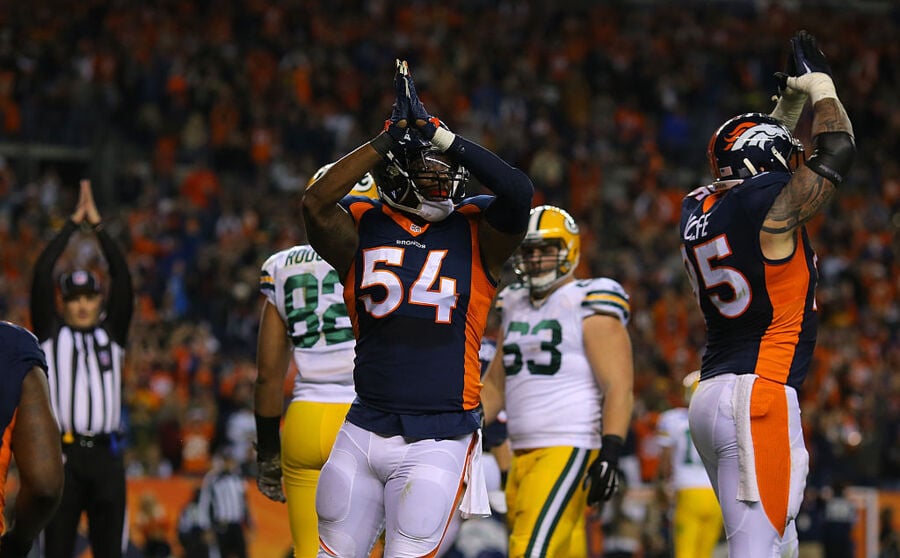 In a statement, the AAFCU said:

"Although we have enjoyed Brandon Marshall as our spokesperson over the past five months, Air Academy Federal Credit Union (AAFCU) has ended our partnership. AAFCU is a membership-based organization who has proudly served the military community for over 60 years. While we respect Brandon's right of expression, his actions are not a representation of our organization and membership. We wish Brandon well on his future endeavors."

Marshall, who said after the game that he was thinking about his decision all the way up until the performer was walking up to sing, insists he has no issues with the military.

Marshall said during games is a good time for an athlete to share their opinion or take a stance on an issue, since millions of people are watching. He added, "I think a lot of times people want us to just shut up and entertain them, shut up and play football. But we have issues as well. We're educated individuals who went to college. When we have an opinion, I feel like a lot of people bash us for it."

He was right about that: after suffering an injury and getting evaluated for a concussion during the second quarter of Denver's victory over Carolina, several people took to Twitter to cheer Marshall's injury and criticize his actions.

As far as losing his endorsement deal, Marshall says he's okay with the decision. "Absolutely they were worth the consequences. I lost an endorsement, but that's OK though… I can live with it."

While it's unknown how much the sponsorship deal was worth, Marshall signed a four-year extension with the Broncos in June worth $32 million, with $20 million guaranteed. The linebacker has said that, in addition to his protest, he plans to donate some money to a veterans' charity.