By Amy Lamare on January 29, 2018 in Articles › Billionaire News

The African nation of Zimbabwe has its very first billionaire. His name is Strive Masiyia and he made his $1.7 billion fortune from a mobile phone company. The 57-year-old controls the Econet Group, a Zimbabwe mobile phone company that also has interests in insurance, renewable energy, Coca-Cola bottling, education, financial services, e-commerce, hospitality, and payment gateway solutions. Oh, and Econet also has a pay-tv division called Kwese TV which competes well with the leading African provider of pay-tv, DSTV. Liquid Telecom, a division of Econet, raised $700 million in financing last summer.

Strive founded Econet in 1993. However, he was not granted a license to operate a telecom company by Zimbabwe until 1998. At that time 70% of the residents of Zimbabwe had never even heard a cell phone ring. Econet is currently Zimbabwe's largest mobile phone operator with more than 5 million subscribers. 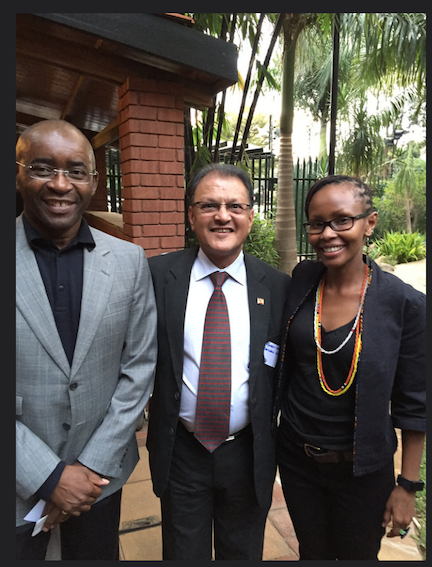 Strive and his wife Tsitsi are the founders of the Higher Life Foundation. The foundation pays tuition for more than 40,000 students in Zimbabwe. In 2013, the Masiyia's established the Ambassador Andrew Young Scholarship. The $6.4 million endowment sends African students to the United States' Morehouse College. The scholarship is named after civil rights leaders and former U.S. Ambassador to the United Nations Andrew Young.

Strive Masiyia was born in Zimbabwe in 1961. He attended elementary school in Zambia and completed his secondary education in Scotland. He has a degree in Electrical Engineering from the University of Wales. Strive, his wife, and their six children reside in London.