By Joseph Gibson on April 20, 2016 in Articles › Billionaire News

The last we heard from space-crazed billionaire Yuri Milner and super-scientist Stephen Hawking, they were announcing a $100 million project to make contact with space aliens, if they exist. Now, the two have announced an even more exciting space exploration initiative, with another $100 million price tag.

This time, the goal of the project is to send monitoring equipment like cameras and other sensors much, much farther than any man-made crafts have ever gone before, to see if there are indeed planets capable of sustaining life in other galaxies as has already been assumed. It's called Breakthrough Starshot (a clear companion to the previous project's Breakthrough Listen), and will involve sending streamlined, miniaturized equipment to the Alpha Centauri star system, located a rough 25 trillion miles away.

A lot can go wrong in 25 trillion miles of space, so it should be no surprise that there are no guarantees that Breakthrough Starshot will work. Even if things go exactly as planned, the tiny vehicles known as "nanocraft" (which are still being developed) will take about 20 years to reach the star system flying at the hoped-for speed of 1/5th the speed of light. 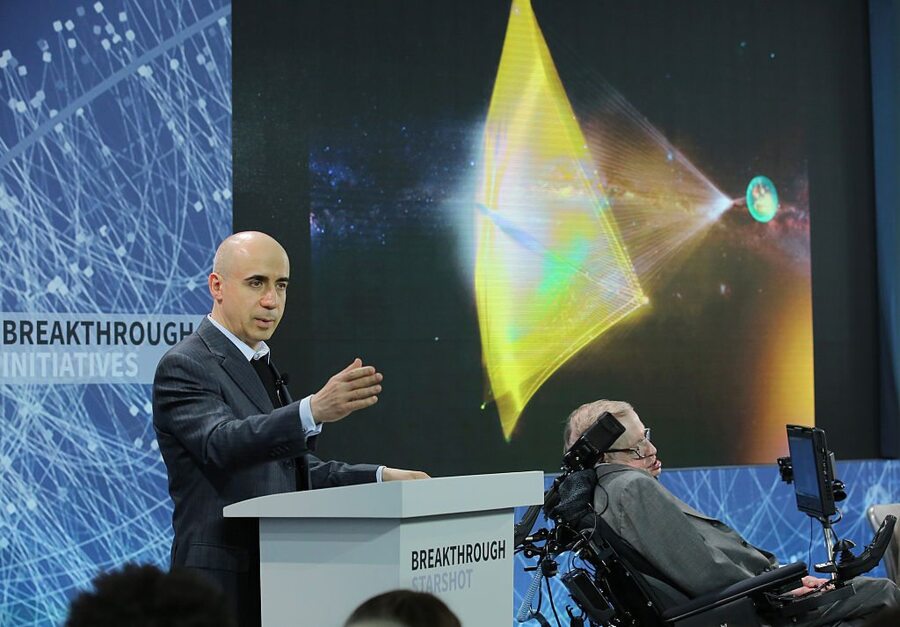 Once there, the nanocraft will begin to collect data and beam it back to Earth, a process the precise time frame of which is not mentioned in the Breakthrough Initiatives statement. Here's an excerpt:

"Breakthrough Starshot aims to demonstrate proof of concept for ultra-fast light-driven nanocrafts, and lay the foundations for a first launch to Alpha Centauri within the next generation. Along the way, the project could generate important supplementary benefits to astronomy, including solar system exploration and detection of Earth-crossing asteroids."

Hopefully, for Milner and Hawking (as well as humanity at large), the technology required to drive equipment such a long way into space on beams of light will be successfully developed and implemented before either of them get too old to see its completion. Milner is 54, so if he takes care of himself, it should be doable, but Hawking is 74, so for him it's a much riskier prospect. Then again, plenty of people have said he would never live this long, so you never know.

In the meantime, the statement announcing the initiative says that there are a lot of "engineering challenges" left to be overcome in order for any of it to happen. But with a billionaire like Yuri Milner's backing, at least we know it won't fail due to lack of funds.