You're Not Imagining It: The Rich ARE Getting Richer

By Amy Lamare on November 15, 2019 in Articles › Billionaire News

Bill Gates, Jeff Bezos, and Bernard Arnault are all part of a very very exclusive club – all three of them are worth more than $100 billion. Gates is the richest person in the world right now, with $107 billion. Bezos comes in with $103 billion and Arnault is at $100 billion. The rich are getting richer at faster rates than ever before despite ambitious philanthropic pledges. Basically, the very richest billionaires are still seeing their wealth grow year to year despite every attempt to give their money away. In fact, this economic prosperity affects not just the members of the 12-digit club. All but one of the wealthiest people in tech saw their net worth increase by billions. The only one that didn't is Jeff Bezos, due to the divorce settlement he paid out to his ex-wife MacKenzie Bezos.

A new report from Vox goes over the issue with those enormous philanthropic efforts like the Giving Pledge. Despite donating hundreds of millions, the fortunes of billionaires don't take a hit. What's worse, income inequality continues to grow. For instance, I'm making about the same money as I did 12 years ago, in my last full-time corporate job. Meanwhile, the billionaires of the world get to use tax loopholes to their advantage, get actual tax breaks from the government, and often amass their vast fortunes by creating a monopoly on an industry or product (Microsoft and Amazon, we're looking at you.) 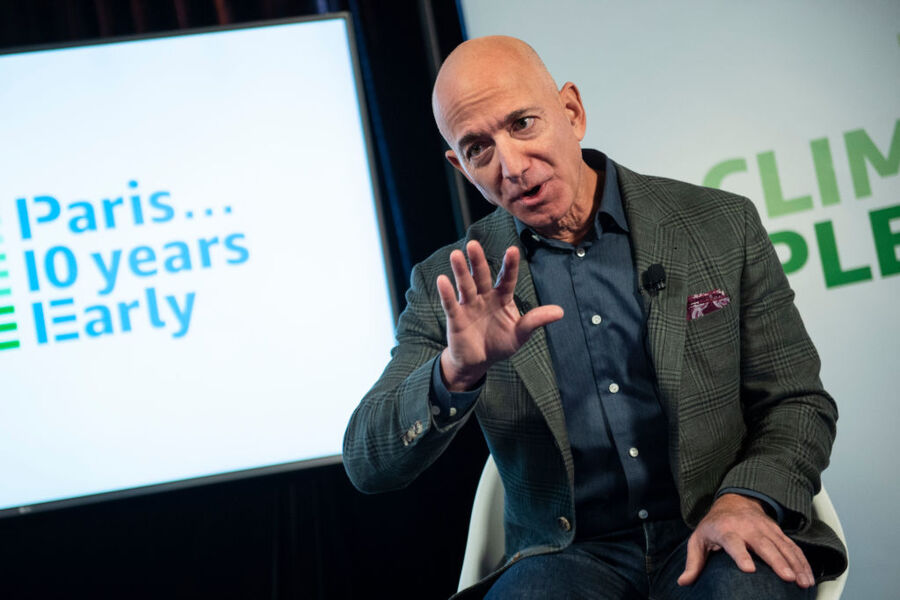 Consider the fact that in 2019 alone, Mark Zuckerberg's net worth has increased by 40%. He's added $20 billion to his net worth in 2016, according to a report from Bloomberg. He's had one of the best financial years of his life despite the turmoil and crisis that Facebook has faced.  Steve Ballmer has seen his net worth double since the beginning of 2017 despite not actively working anymore and buying a $2 billion dollar NBA team. As for Jeff Bezos, even paying out $35 billion to his ex-wife hasn't hurt him much. His net worth is currently the same as it was at the beginning of 2018. And despite being worth a whopping $103 billion, he's only the third richest man in the world as of this moment.

That's where things like the Giving Pledge and the push to give more sooner in life runs into trouble. Bill Gates, for instance, saw his fortune increase by $18 billion in 2019 despite running what is regarded as the most serious foundation in philanthropy. The Bill and Melinda Gates Foundation gives away $5 billion every year in grants. Basically, it's pretty hard to give your money away when you're worth many billions. The only way to really do it and reduce your net worth would be, as Vox points out, to devote "tons of time, tons of study, and tons of staff."

Billionaires have only a couple of solutions to this problem. Make enormous one-time donations that could be ineffective over the long haul (for a number of reasons including not being well-vetted), try to increase the size of their staff so they can make more donations at a faster pace, or just acknowledge that donating, say $50 billion during their lifetime is an impossible task and set up a perpetual foundation (think John Paul Getty) to handle it once you're gone.

Paul Allen's heirs ran into this problem when he died last year. Allen had a net worth of $20 billion. He was not married. He did not have any children. His estate was left to his sister Jody, who suddenly found herself thrust into the role of big-money philanthropy as well as the owner of an NFL and NBA franchise. Allen was a member of the Giving Pledge. When he signed the pledge in 2010, his net worth was $13.5 billion. He gave over $2 billion to charity over his lifetime, but his sister is still tasked with $20 billion and what to do with that. Will she give his money to his family foundation or another charity to follow her brother's Giving Pledge? She is in the process of downsizing his company Vulcan and trying to sell his $400 million airplane. There's not a huge market for a $400 million plane, as you can imagine.

Still though, having the problem of having so much money that you literally can't give it away fast enough would be a good problem to have.