By Brian Warner on April 30, 2021 in Articles › Billionaire News

Amazon released its quarterly earnings report earlier today and it was nothing short of… Amazonian. In the first quarter of 2020 (January, February and March), Amazon generated $75 billion in total revenue. In the first quarter of 2021, it generated $108.5 billion in revenue. That's a 44% increase year-over-year, and really just drives home how much Amazon has benefited from our new never-leave-the-house pandemic lives. If you think Amazon is expecting a slowdown as the pandemic recedes in the coming months, think again. The company actually expects revenue in the second quarter of 2021 to go UP! The company predicts Q2 revenue will land in the $110 – $116 billion range.

Perhaps not surprisingly, Wall Street is VERY pleased with these results.

As I type this article, the company's after-hours stock price is sitting at $3,571 per share. That's an all-time high.

With that increase, Jeff Bezos' net worth is also hitting an all time high. His current net worth…

Jeff now has a roughly $30 billion lead over Elon Musk as the world's richest person.

But as stunning as that $206 billion number may be, keep in mind it could have been much, much higher.

According to the company's most recent SEC filing, Jeff Bezos owns around 55 million shares of Amazon. Jeff sold $9 billion worth of shares in 2020 alone as part of his 10b5-1 trading plan.

In November 2020, he sold 1 million shares. The sales generated roughly $3 billion because the stock was around $3,000 at the time. So Jeff basically lost out on $500 million by selling in November vs today.

But regular share sales are not the major way Jeff Bezos' Amazon stake has been trimmed.

As I'm sure you know by now, Jeff gave his ex-wife MacKenzie Scott a large chunk of shares when they divorced in April 2019– twenty million out of his previous 80 million stake. 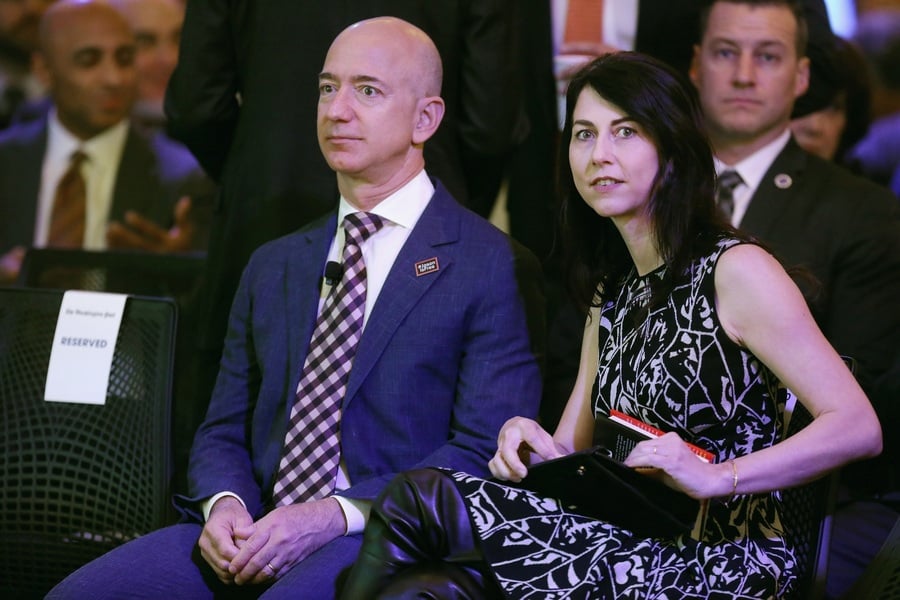 What Could Have Been

Ok, enough beating around the bush. What would Jeff Bezos be worth today had he never divorced MacKenzie?

If Jeff and MacKenzie never separated AND he never enacted the 10b5-1 plan which is offloading $9-10 billion worth of shares per year, it's very reasonable to imagine a world where today Jeff could still own 80 million shares of Amazon. That would be roughly 16% of the total shares outstanding.

If Jeff owned 80 million shares of Amazon, at today's all-time high share price of $3,571 his net worth would be…

At that level he could have been $110 billion richer than Elon Musk is right now. He would be more than twice as rich as Bill Gates and Mark Zuckerberg. Three times richer than Steve Ballmer and Larry Ellison.

Would that have made Jeff Bezos the richest person in modern history? Not when you take inflation into account.

At $285 billion, Jeff could have been a full $100 billion richer than Anderson Cooper's great-great-great-grandfather, Cornelius Vanderbilt, who had an inflation-adjusted peak net worth of $185 billion.

Jeff could have been $86 billion richer than Henry Ford's $199 billion inflation-adjusted peak fortune.

Unfortunately, even at $285 billion, Jeff would still have a ways to go before topping Andrew Carnegie's $310 billion inflation-adjusted fortune and John D. Rockefeller's $340 billion.