Yoshiaki Tsutsumi Was The Richest Man In World In The Late 80s, Then His Empire Crumbled Away

Once upon a time, in a decade long, long ago, (OK, it was the 1980s), Yoshiaki Tsutsumi was sitting on top of the world. He was the richest person in the world with a net worth of $20 billion, with a resort and railway company that owned thousands of square miles of Japanese real estate. At its height, Yoshiaki's Seibu Railway Group owned a transport network, a baseball team, more than 80 hotels, 52 golf courses, and dozens of ski resorts in Japan and across the globe. In many cities in Japan, it was quite possible to board a Seibu train to a Seibu shopping center, hotel, or resort without ever setting foot on another company's property. The media called it the Seibu Kingdom.

And then it all came to a stunning end and Yoshiaki was sent to prison on charges of insider trading and falsifying financial statements in an attempt to prop up his business empire which was on the verge of collapse. 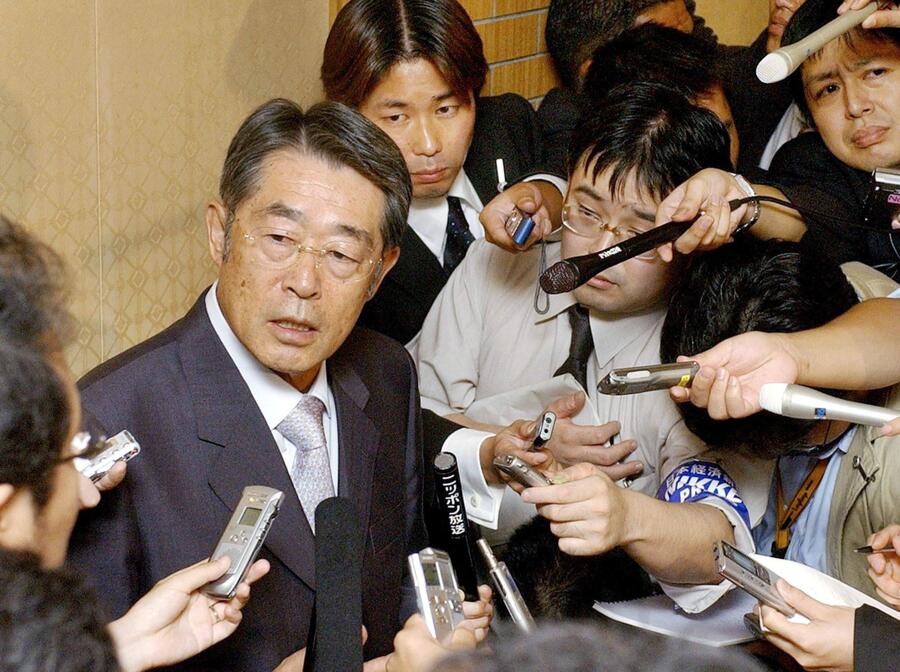 The Seibu Group was so powerful that local authorities were scared of it. In one Japanese town, Seibu employed a quarter of all employees. Seibu also drove those employees to polling booths to support the firm's preferred candidates during elections. Yoshiaki is credited with single-handedly bringing the Winter Olympics back to Asia and to the mountain resort of Nagano in 1998, using a mixture of money and charm with a whiff of scandal and corruption. The rise and fall of Yoshiaki Tsutsumi is a classic tale of greed in a secretive family-run empire.

Tsutsumi reigned over the Seibu Group empire for 40 years and along the way was called a number of unflattering names including tyrant, autocrat, and dictator. One legend reports that some of his employees vomited out of fear before his arrival for a very hands-on inspection of their department.

Yoshiaki Tsutsumi took over the Seibu Group from his father, Yasujiro, in 1964. He was 30-years-old. His father was the son of a farmer who founded the company and demanded undying loyalty from his sons. After a bitter struggle for the leadership of the family business with his brothers, Yoshiaki turned Seibu into one of Japan's postwar success stories fueled by the rise in land prices and the insatiable demand for resorts and hotels by the Japanese market. Most expected the designated successor to be his elder half-brother Seiji Tsutsumi. Seiji instead inherited the Seibu department stores, which he parlayed into the Credit Saison empire. The rivalry between the two brothers' fiefdoms provided fodder for the popular press. Yasujiro Tsutsumi was also a member of the parliament in Japan with deep connections inside the Liberal Democrats, the pro-business party that has ruled Japan for nearly 50 years.

The peak of Yoshiaki's power was in the late 1980s. The price of land and stock prices rose steadily fueled by a combination of cheap credit and lax financial regulation. From 1987 to 1990, the Imperial Palace in central Tokyo was valued higher than the entire state of California. As a result, Yoshiaki's vast real estate holdings pushed him to the top of the Rich List and kept him there for four consecutive years. During this time, the 70 companies in the Seibu Group employed more than 35,000 people.

Yoshiaki was always sullen and secretive – a workaholic not known outside of Japan. He was driven by his promise to his father to protect the family fortune and in attempting to do so, concentrated power around himself and a few close friends from his university days. He bought up shares in companies under aliases to avoid takeovers and put them under the control of the private, unlisted holding company Kokudo, of which he was chairman.

Then the economy slowed down in the early 1990s and with it, land prices began to drop, eventually settling at between 20% to 40% of their highest value. As a result, Yoshiaki's Seibu Group was saddled with huge debts. After all, his companies owned one-sixth of all the land in Japan at one point.

Additionally, turnover at the company-owned resorts went up and bookings went down. During this time period, Yoshiaki's paranoia and secretiveness increased as he desperately tried to keep his empire from sinking but concentrating share ownership and ordering his employees to cover his tracks.

When Yoshiaki was arrested at one of his luxury hotels in 2005, his wealth had slipped from $20 billion and the world's richest man to 159th richest in the world.  Over the next few years, Yoshiaki's net worth fell from $20 billion to $19 billion to $15 billion to $9 billion. Also, he directly or indirectly controlled 80% of Seibu's stock, which is a violation of the rules of the Tokyo Stock Exchange.

Yoshiaki Tsutsumi was the richest man in the world from 1987-1990. In '91 and 92 a different Japanese real estate tycoon named Taikichiro Mori was the richest man in the world. Yoshiaki regained the title in '93 when Mori died. Bill Gates unseeded him in 1995. Tsutsumi is no longer a billionaire. In fact, by 1995, his empire had crumbled. He spent the next decade scrambling to cover up his debts. Then, on March 3, 2005, Tsutsumi was arrested on suspicion of violation of securities trading law. The fact is that Tsutsumi had surrounded himself with so many yes men that prosecutors didn't believe him when he claimed to not know about the law-breaking violations that took place in his name.

Tsutsumi pleaded guilty, and on October 27, 2005, he was sentenced to 30 months in prison, suspended for four years, and a fine of five million yen. His suspended sentence expired in October 2009 and he remains indirectly a major shareholder in Seibu Holdings.