By Mia Bencivenga on May 29, 2016 in Articles › Billionaire News

Four years ago, in an effort to reinvigorate and rebrand itself, Yahoo brought aboard Marissa Mayer – a computer scientist and former Vice President at Google – as their new CEO.

When Mayer came to Yahoo, the company was attempting to become a digital media powerhouse. However, despite purchasing the micro-blogging site Tumblr, Yahoo's prospects have not improved, instead, the company continues to see significant decline. According to sources within the company, Mayer's leadership has been a key reason behind the continued downfall. Some of the CEO's decisions have been so controversial, that they have been publically criticized in pieces appearing The New York Times and The New Yorker.

However, despite the fact that the company is failing, and that their stock has fallen 30% over throughout 2015, Mayer still reaped $14 million this year in addition to her $1 million annual salary.

The money comes from stock awards that originally came out to $39, 981,107. The reason Miller didn't take home the entire amount is, according to Yahoo, because the company has fallen short of its financial goals. To many within and outside of the company Mayer's "punishment" for leading the company astray lacks a certain sting. 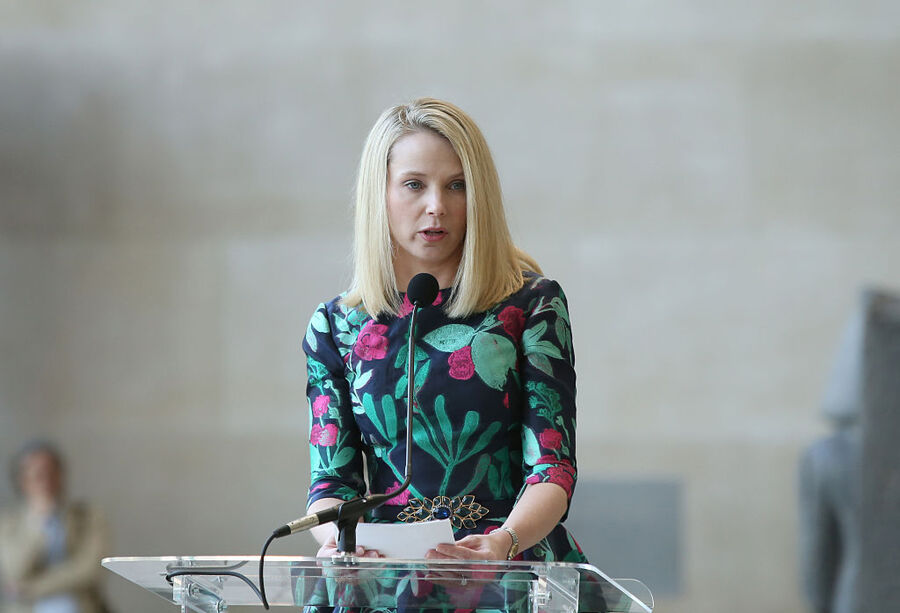 Controversy was also stirred earlier this week for Mayer when it was revealed that Yahoo paid over $500,000 for her security expenses in 2015. Although this practice is not unusual for high ranking officials in companies, in 2014 her security expenses were just $23,000 – leading many to speculate the reason behind such a steep increase.

In addition, according to an estimate by investor Eric Jackson of SpringOwl Asset Management, Yahoo has spent $2.8 billion in purchasing approximately 50 companies under Mayer's management. None of these companies has proven to be the key to unlocking Yahoo's success, or even have provided some support for what seems like the company's inevitable fall.

If Mayer stays, she will likely oversee the sale of Yahoo, however, even that prospect has taken a huge hit. The company was expecting at least $8 billion, but a Wall Street Journal report last week stated that the top candidate Verizon will likely offer no more than $3 billion.

Needless to say, many are calling Mayer's leadership into question, and there is speculation that her job could be at stake in the coming year. After all, failure always comes at a cost… but in the world of CEOs and major executives, it appears the blow is usually softened by a cushion of a few extra million dollars.