How Did The World's Billionaires Make Their Enormous Fortunes?

We spend a lot of time at Celebrity Net Worth talking about and analyzing billionaires. It goes without saying that a ton of the 2,208 billionaires in the world today either inherited their (or the bulk of) wealth, made it in technology, real estate, fashion and retail, or finance. Those tend to be the go to reasons and professions that many become billionaires. But those are not the only reasons and professions. Many billionaires made their fortunes in very interesting and unusual ways like joining the circus, inventing energy drinks, selling eyeglasses, or inventing Nutella. Let's take a look at a handful of them.

Before his death, Kamprad was one of the richest people in the world. His father gave him some cash for doing well in school and Ingvar decided to use it as seed money to start IKEA in 1943. The company started off selling smaller household goods, like picture frames, and did not expand into the furniture market for another five years. Kamprad introduced the "flatpacking" concept in 1956, which allowed IKEA to reduce costs by letting the customers put their furniture together when they got it home.

Just a few months before Leonardo Del Vecchio was born, his father passed away. Unable to support her large family, his mother gave Del Vecchio to an orphanage in Milan. When he was 14 years old, he began working as an apprentice at a tool factory that specialized in small metal components of eyeglasses. Soon, he enrolled in industrial design courses and in 1958, he set up a workshop making tools and parts for eyewear in Milan. In 1961, Del Vecchio founded Luxottica. Today, Luxottica is the world's largest eyewear company and owns Lenscrafters, Sunglass Hut, Pearle Vision, Sears Optical, Target Optical, Ray-Ban, Persol, and Oakley.

The late Italian businessman Michele Ferrero was the son of Nutella inventor, Pietro Ferrero. During World War II, rationing and embargoes eradicated Italy's supply of cocoa. In order to make his limited supply of cocoa last, Pietro Ferrero began cutting his chocolate products with hazelnuts, which grew in abundance in the Piedmont region of Italy. In 1963, Michele took his father's hazelnut chocolate cream and branded it under the name Nutella throughout Europe. It was an instant success. A few years later, Ferrero launched the Kinder Chocolate line. Under Michele Ferrero's leadership, Ferrero SpA introduced many new products and lines, including Ferrero Rocher, Mon Cheri, Tic Tac, and Pocket Coffee. Fast forward a few decades, and today Ferrero SpA is the world's fourth-largest chocolate maker, with more than 30 brands under its umbrella.

Georg Schaeffler and his mother, Maria-Elisabeth, run the Schaeffler Group, which is in the business of ball bearings. Georg served in the German military and in corporate law in the U.S. before moving home to Germany to join the family business. The company was founded in 1946. Schaeffler's father, Georg Sr. invented the cage-guided needle roller bearing, which allowed for large-scale production of roller bearings for the German auto industry. 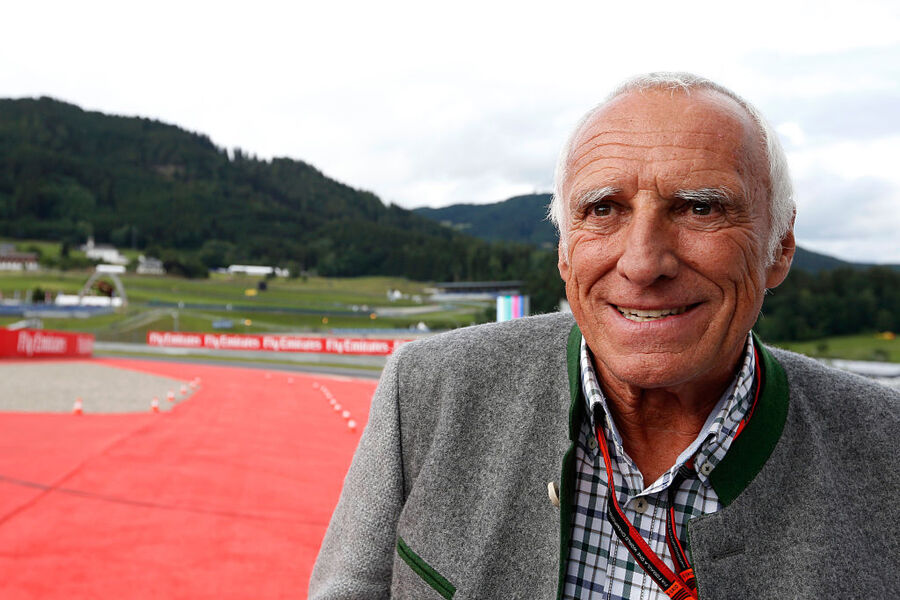 What's the first thing that comes to mind when you think Red Bull? Death defying extreme sport stunts? Waking up with a pounding heart after drinking a few too many Red Bull and Vodkas at a bar? Formula One racing? The Red Bull Flugtag? Or perhaps the company's famous catch phrase "Red Bull gives you wiiiiiiiiiings!"? Odds are if you asked pretty much anyone in the developed world today, he or she would instantly know Red Bull and might have even consumed one of the famous energy drinks in the last couple of days (or hours). Twenty-five years after being launched by Austrian entrepreneur Dietrich Mateschitz, today Red Bull is one of the most successful beverage companies in the world. Perhaps most remarkably, the company wasn't launched by one of the preeminent beverage conglomerates (Coke or Pepsi) with an unlimited marketing and research budget. On the contrary, Dietrich Mateschitz had the idea to create Red Bull in order to cure his jet lag after a business trip to Thailand in 1982.

Denmark's richest person made his fortune from children's building blocks. Empires have been built, imaginations have been set on fire, hand-eye coordination has been enhanced, and billions of dollars have been made – all thanks to Legos. Kjeld Kirk Kristiansen owns the largest toy company in the world. Kjeld Kirk Kristiansen's grandfather, Ole Kirk Christiansen founded the LEGO Group in 1932. Kjeld Kristiansen became president and CEO of the Lego Group in 1979. He brought expansion to the company introducing themes such as Lego Airport and Lego Castle, mini figures, Lego.com, and licensed products – including Lego's very popular Star Wars line, which was released in 1999.

In 1980, when John Paul DeJoria founded John Paul Mitchell Systems, he was homeless. Well, technically he was living in an old Rolls Royce along L.A's Sunset Strip. He wasn't exactly sleeping under a bridge or in an alley somewhere. DeJoria and cofounder Paul Mitchell scraped together $700 and set out to sell their shampoo door-to-door. Today, Paul Mitchell is sold in more than 150,000 beauty salons in 87 countries and is a billion dollar business. In 1989, DeJoria launched Patron tequila. Today, Patron is the world's number one ultra-premium tequila and John Paul DeJoria still owns about 70% of the company.

Long before Cirque du Soliel was a worldwide sensation and Las Vegas staple, its creator was a college drop out making his living as a busker (traveling street performer). Eventually, he was invited to be part of a performance group that traveled around the world putting on street shows featuring fire breathers, acrobats, sword swallowers, and stilt walkers. In the early 80s, Laliberte and his future business partners organized a summer performance arts fair in the Canadian city of Baie-Saint-Paul called "La Fete Foraine." The fair grew into a moderate success over the next few summers. In 1983, Laliberte and Gilles Ste-Croix launched "Le Grand Tour du Cirque du Soliel," which netted the pair $40,000 in profit. Then, in 1987, he took a chance and brought his group of performers to the Los Angeles Arts Festival. Had this plan not succeeded, Laliberte would not have been able to fly his performers back to Canada. He had spent everything on the trip to Los Angeles. Fortunately, the show was a smash hit and led to $2 million in contracts. In 1992, casino mogul Steve Wynn approached Laliberte about doing a show for his resort, Treasure Island. Mystere became an instant hit and sold out every show in its first year. Today, there are still several different Cirque du Soliels in Las Vegas, as well as the traveling shows.

Christopher Goldsbury has made a lot of smart moves in his life. First he married a woman whose father owned a Pace Salsa factory in 1967. Over a 20 year period he rose from lowly vegetable cutter on the production line to president of the company. Along the way, Goldsbury and his wife bought out the family's shares and ran the company themselves until their divorce in 1987. Christopher paid his wife $95 million for her half of the business, which he then grew like gangbusters over the next decade. In 1996 Goldsbury sold the privately owned Pace to Campbell Soup, netting himself a $1.4 billion net worth.