By Amy Lamare on August 5, 2021 in Articles › Billionaire News

Many times, when you read a story about the founder of a company getting super rich off an IPO, the low-level employees of that company are afterthoughts. That's true at big flashy tech companies, but especially true with factory employees of some large manufacturing business.

Chobani yogurt founder Hamdi Ulukaya did not grow up wealthy by any means. He is the son of Turkish dairy farmers who made feta cheese. He knows what it's like to bust your butt as a factory or farm worker. And when Chobani goes public in the coming weeks both Hamdi AND his employees are going to get rich! 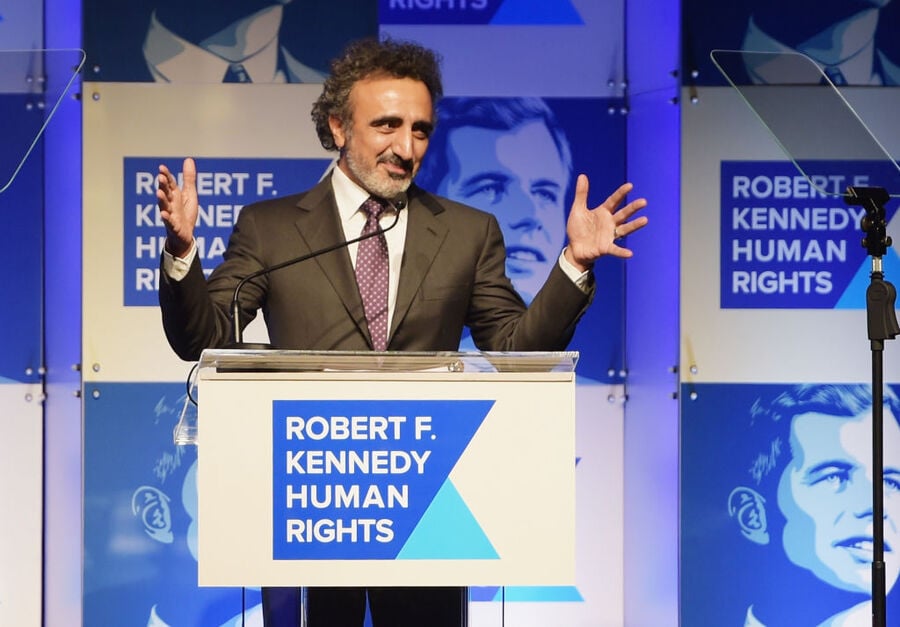 Hamdi Ulukaya was born sometime in October 1972 in İliç, Turkey. His family owned a sheep/goat/dairy farm. Their main product was feta cheese. I said "sometime" when mentioning his birth day, because Hamdi does not know his exact date of birth. He was born during one of his family's seasonal, nomadic mountain treks. He adopted October 26 as the day he celebrates.

After earning a degree in political science at Ankara University, in 1994 he moved to Long Island, New York to study English at Adelphi University. Within a few years he transferred to the University of Albany to enroll in business courses.

At some point Hamdi took a job at a local farm. And at some point later his father paid him a visit in Upstate New York. During this visit, his father – the lifelong feta cheese maker – tasted the local feta cheese options and was not pleased. He encouraged Hamdi to begin importing the family's feta to sell around New York. That's exactly what Hamdi did.

From Feta to Yogurt

In 2003 Hamdi launched his own line of feta cheese called Euphrates out of Johnstown, New York.

Euphrates proved to be just a so-so business. Hamdi would later admit that the company barely ever broke even.

One day in 2005, Hamdi received a piece of junk mail that advertised the sale a fully-equipped yogurt factory located an hour away in a town called South Edmeston, NY. For more than eight decades, the factory had been used to make cheese, most recently for Kraft Foods.

Against all advice from his accountant, advisors, and friends, Hamdi took out a loan from the Small Business Administration and bought the factory. From the new factory he launched a new business called Agro Farma. He also hired some of the recently-laid-off Kraft workers.

It took Hamdi and his small team 18 months to perfect the recipe for yogurt. They tested different textures, tastes, recipes, cultures, fermentation durations and more.

When he finally landed on the perfect recipe, there was one major problem. The process he came up with required a machine that "strained out" the whey to make a thicker, creamier, higher-protein output. What was the problem? The machine that strains yogurt is called a milk separator. The average milk separator costs…

Hamdi did not have $100,000, let alone $1 million. Undeterred, he scoured advertisements from around the country for used machinery for sale. He soon found the exact machine he needed at a dairy in Wisconsin that had gone under. He offered the seller $50,000 for the milk separator, sight unseen. His offer was accepted.

On the drive back from picking up the milk separator, Hamdi had an unexpected and fateful revelation. The word "çoban" randomly popped into his head. That's the Turkish word for "shepherd." He tweaked çoban into his new company name:

Chobani was ready to launch in late 2007. Its very first order – for a few hundred cases – came from a grocery store on Long Island, New York. A week later the grocery store manager re-upped the exact same order.

Chobani did not have the funds for marketing, but it did have great word-of-mouth. Instead of paying stores for shelf space, as the big manufacturers would do, Hamdi set out to create an organic local demand so the stores couldn't help but place orders and stock the yogurt in the best places.

He set up in-store sampling. He paid bloggers to taste and then write about how much they loved the product. He set up a "CHOmobile" which drove around handing out free yogurt samples at parades, concert and festivals. In 2010 alone, the CHOmobile gave away 150,000 full-sized Chobani samples.

Within a few years Chobani was the largest yogurt maker in America–and still is today.

Investing in Factories and His Workers

In the middle of 2012, Chobani spent $88 million to expand the company's footprint in New York. Chobani bought the 100 acre property next to its original factory and built a new 80,000 square-foot plant.

In 2012, company revenue topped $1 billion for the first time.

In 2016, Hamdi Ulukaya made a truly astounding announcement. He revealed that he had set aside 10% of the company's equity for his employees for when the company got sold or went public. He told his employees he wanted to pass along the wealth they helped him build.

Good news for those employees, Chobani recently filed confidential paperwork indicating it was preparing for its Initial Public Offering. When the company is finally listed, it is estimated to reach a $10 billion valuation.

At a $10 billion valuation, it has been estimated that the average employee of Chobani will earn $450,000. Some senior and longtime employees will become overnight multi-millionaires.

And as for Hamdi? It's estimated that he still controls at least 50% of the company's equity. At a $10 billion valuation, he's about to be the world's $5 billion yogurt kingpin.