RIP 21st Century Fox. The $71 billion merger that was approved by shareholders back in June 2018 officially took effect on Wednesday, March 20th. Disney now owns all of Fox Film Corp's assets. Fox studios employees are now part of Disney. Fox owner Rupert Murdoch is receiving $12 billion in the Disney deal and is splitting it among his six children–Prudence, Elisabeth, Lachlan, James, Grace and Chloe – making them all instant billionaires. Rupert's net worth is set to drop from $13 billion to $7.3 billion as part of the restructuring of the Murdoch family wealth. The Disney deal leaves a much smaller Fox News and Fox Sports as part of the Fox Corporation spin off.

In December 2017, Disney announced that it was buying Fox's film studio and much of its TV assets for a staggering $71 billion. The three Murdoch family members holding executive positions at 21st Century Fox will each get huge golden parachutes – the compensation an executive is paid if they are fired or laid off after a company is sold – once the deal is final and Disney moves in and takes over. As CEO of Fox, James Murdoch will receive the largest payout of $70.6 million. Co-executive chairman of Fox, Lachlan, and their father Rupert will each receive $66.7 million. Of that amount, $40 million will be cash. If James or Lachlan are fired before June 30, they will receive $22 million in severance six months later. This is in ADDITION to the billions that they will receive from their father in the Fox-Disney deal. 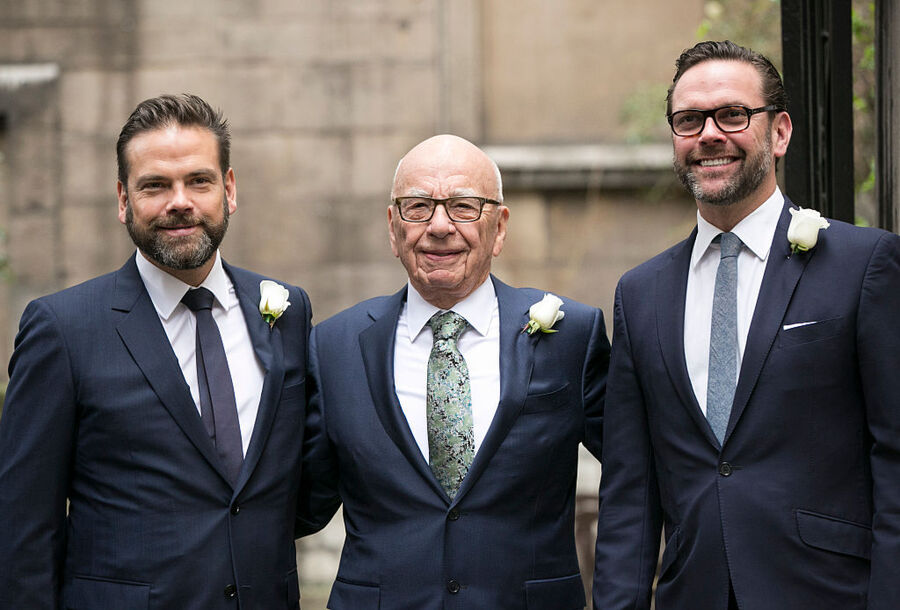 Lachlan Murdoch will be the new CEO of Fox Corporation. Rupert is co-chairman. James is striking out on his own with a new investment company and a seat on the board of Tesla. Elisabeth sold her reality TV production company to her father's company for $670 million in 2011. Prudence is a media executive not involved in the family business. Grace and Chloe are 18-years-old and 16-years-old.

Murdoch also announced the appointment of former Republican Speaker of the House Paul Ryan to the board of directors of the new Fox Corporation. Other new directors of the slimmed down company include longtime Fox executive Chase Carey, and Aragon Global Holdings Founder Anne Dias (who is Ken Griffin's ex-wife) and former CEO of Telemundo Roland Hernandez.