By Amy Lamare on November 18, 2020 in Articles › Billionaire News

Joe Biden is President-elect of the United States. With his win and the new administration he and Kamala Harris will put together, a new lineup of Wall Street executives and financiers will have access to Biden and his inner circle. James Simons, Donald Sussman, Roger Altman, and Blair Effron were some of the biggest financial supporters of Biden. These men and more – including former presidential candidate Tom Steyer, could end up with at the least influence and at the most with a job in Biden's administration. There's precedence for this, of course: Jake Siewert, a veteran of Goldman Sachs, was press secretary in the Clinton administration and was in the Treasury Department under President Obama. It is expected that Siewert could also take a position in Biden's White House. Another Goldman Sachs executive, Margaret Anadu, who heads up the investment bank's urban-investment department is expected to get an economic policy position.

This is business as usual for the office of the President. Robert Mercer of Renaissance Technologies and Stephen Schwarzman of Blackstone Group have been advisors to Trump during his four years in office, advising him on economic policy and other matters. 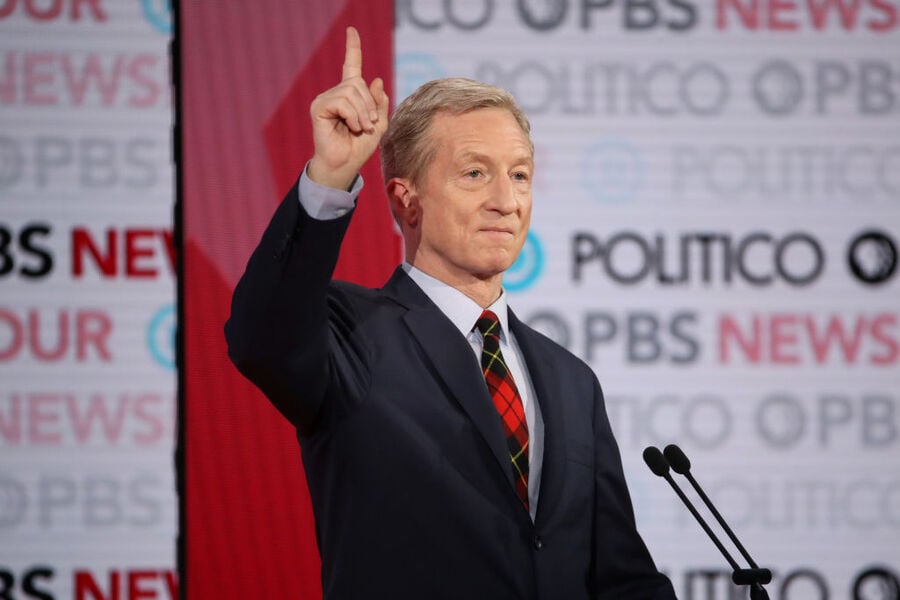 Tom Steyer is expected to have influence in Biden's administration. He was the largest donor to Democratic candidates and causes in the 2020 election cycle. He also ran to be the Democratic nominee for President. He has a good relationship with Biden and senior members of his campaign. Steyer is believed to be in line for an environmental policy position.

Morgan Stanley executive Thomas Nides worked with Hillary Clinton's campaigns and was a deputy secretary of state for Obama. He's been a big backer of Biden and is expected to be considered for a job in his administration. Nides is likely to be placed in international affairs.

Roger Ferguson has run TIAA-CREF since 2008 and has served in the administrations of both Republicans and Democrats. He is expected to be a cabinet pick for Biden. He is also one of the most prominent black men on Wall Street. As President of TIAA-CREF Ferguson manages more than $1 trillion in retirement assets. Ferguson was Vice Chairman of the Board of Governors of the Federal Reserve System from 1999 to 2006.

James Simons, the founder of Renaissance Technology donated more than $25 million to Democrats in the 2020 campaigns. Donald Sussman, who heads up Paloma Advisors gave $26.3 million to Democrats, making him the third-largest Democratic backer after Tom Steyer and Michael Bloomberg. Simons, a mathematician by trade, could land a key position in the Biden White House.

Jamie Dimon, CEO of JPMorgan Chase could be considered for Treasury secretary. One stumbling block to that appointment, however, is the progressive element of the Democratic party. Progressives likely wouldn't be happy with a high-powered Wall Street type in such a high ranking position in the new administration.

All of this speculation will be revealed with Biden's cabinet picks soon.