By Amy Lamare on January 10, 2020 in Articles › Billionaire News

William Belo dreamed of owning a house and building his own business when he was a kid. Forty years later, his company, Wilcon Depot is dominating the home improvement and construction supplies industry in the Philippines with 57 stores and plans to expand to 100. Belo, 72, started the business in 1977 with $1,945. Wilcon has made Belo a very wealthy man, but it is his side hustle that has caught the attention of luxury brands, including LVMH. Belo, after starting basically the Home Depot of the Philippines, decided to get into crocodile farming.

Belo wanted to have a farm with a small number of animals and fresh eggs for his family. One thing led to another and his chicken population got out of control and he had to find a way to deal with the chickens that were no longer able to lay eggs. In the mid-1990s he considered feeding them to tigers and then he heard about a crocodile conservation farm in the province of Palawan that was looking to sell some of its crocodiles. Belo bought 1,200 crocodiles. 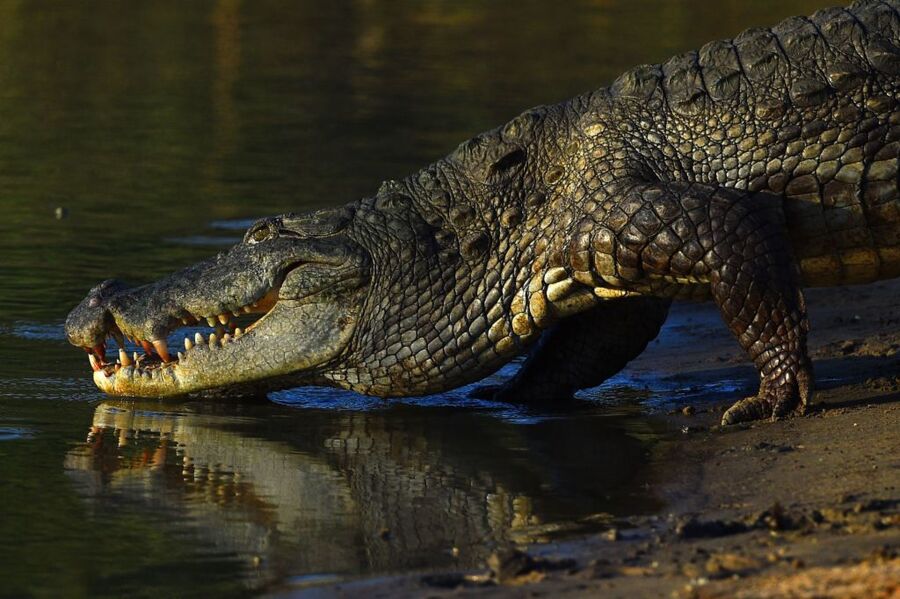 Today, he breeds crocodiles and has 23,000 of them. He's also found better uses for his crocs than just having them eat the chickens. Their skins are sold to luxury brands including LVMH and their meat is in a number of food products, including Hungarian sausages and sisig, a popular Filipino dish. He sells the crocodile food products under the brand name Dundee, in tribute to the 1986 movie Crocodile Dundee.

Belo has two crocodile farms, a 24.7 acre one for breeding and one that is seven times larger. He now has about 800,000 chickens and 5,000 hogs and sells 2,000 to 3,000 crocodile skins annually for $200 to $250 each. That's $500,000 a year on the low end. The price of croc skin has actually dropped recently due to oversupply causing less demand for luxury products using the reptile skin. Chinese consumers make up half of the global demand for high-end handbags. Lately, there has been less demand for these bags.

Belo studied engineering at the University of Santo Tomas in Manila. In the evenings, he worked at a construction supply company of which his father was partial owner. He opened his first store in a tiny space in 1977. Today, Wilcon Depot is the leading retailer in the home improvement market in the Philippines. Belo handed the reigns of the company over to his daughter Lorraine in 2016, but he still goes to the office five days a week, overseeing the business as chairman emeritus. This gives him more time to relax and to pursue his crocodile farming business.

Between Wilcon and the crocodile farming Belo has become a billionaire with a net worth of $1 billion. Shares of Wilcon have risen 41% this year. Wilcon sells everything from plumbing fixtures to faucets, to tiles. It expects to have 65 stores next year and 100 by 2025.