Why Are Tech Billionaires So Boring?

When Warren Buffett was young, his family owned a grocery store. He couldn't even get a job there, because it was during the Great Depression and his family was just barely hanging on. However, Warren showed an aptitude for numbers. He timed everything. He calculated odds. By the time he was 15, he had earned thousands of dollars delivering papers. We all know how his life unfolded from there. Recently, 87-year-old Buffett was surpassed in wealth by 34-year-old Facebook founder Mark Zuckerberg. Two factors contributed to this – Facebook's stock is up 15% this year so far and Buffett gives an enormous amount to charity. The three richest people in the world – Jeff Bezos, Bill Gates, and Mark Zuckerberg – all made their fortunes in technology.

Zuckerberg's childhood was a bit blander. He grew up in a middle-class suburb of New York. He is the son of a dentist and psychiatrist. His family had a home computer and Mark started using it. He showed an early aptitude for programming—long before he graduated from an elite prep school. And the thing is, Zuckerberg's story isn't unusual. Many of the newly minted technology billionaires have similar middle class typically American stories.

The tech industry has produced more billionaires that any other industry. This year alone, tech created 11 new billionaires. And yet, there is something missing from the stories of how this group of self-made men made their fortunes. Earlier generations of self-made billionaires had paper routes. Today's tech billionaires grew up upper middle class with early access to a computer and an elite education—even if they walked away from their Ivy league college to found their companies. Before Mark Zuckerberg dropped out of Harvard, he created an instant messaging system for his dad's dental practice. He was 12. When Twitter's Jack Dorsey was 15, he was impressing his bosses at his programming internship. He dropped out of NYU. Uber's Travis Kalanick was a pro at writing code by the time he reached middle school. He dropped out of UCLA. 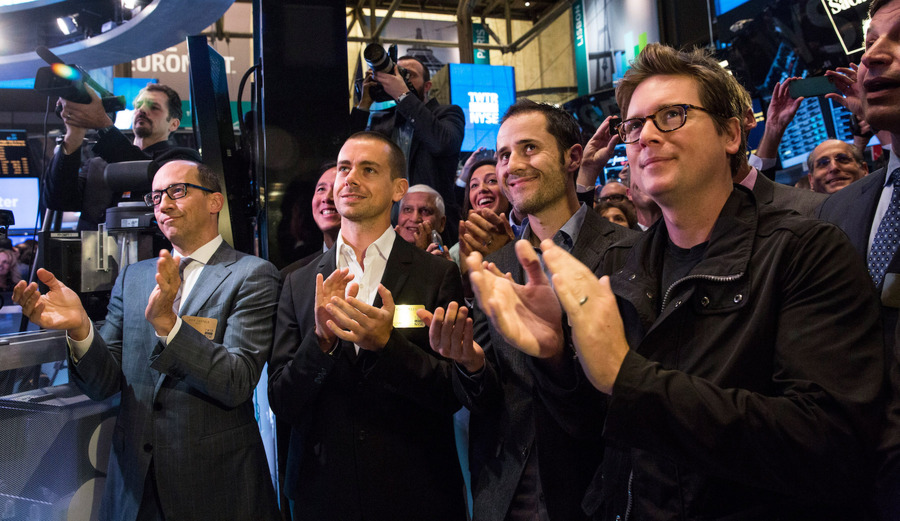 The billionaires of today are brilliant – no one is disputing that—but they lack the background in hardship or challenges that have characterized the chutzpah of past generations of billionaires.

Consider oil billionaire Harold Hamm. He was born in 1945, the youngest of 13 children. His parents were Oklahoma sharecroppers. He drilled his first oil well when he was 25. And then there's Burton Smith, who stepped down as the CEO of Speedway Motorsports in 2015 at age 88. He grew up on a farm. He didn't go to college and he once took a shotgun to a construction site to settle a dispute. The late Kirk Kerkorian faked his high school diploma so he could join the military.

Don't get us wrong, it is great to live in the age of the nerd. However, kids growing up poor will have a harder path to success. To drop out of Harvard, you first have to get into Harvard, and then you have to pay for Harvard. Without the advantages of the middle class and upper middle class, that is a Herculean task.

True American rags to riches stories are becoming rarer. Zuckerberg, Evan Spiegel, Jack Dorsey, Travis Kalanick and their peers made enormous fortunes. But they were never poor. They never struggled to put food in their mouths or pay the rent. And there is something in learning to handle anything that happens to you that is character building. Today's billionaires walked an easy path to their fortunes compared to previous generations. And that makes their stories of success pretty boring.

The American Dream has always been a story of the people who rose from nothing to become tycoons. Today's billionaires followed a different path. Zuckerberg is a prime example. Today he is a husband, a father, a philanthropist. But it wasn't that long ago that he was a kid with a comfortable life in Westchester, the captain of the fencing club at his elite prep school, a Harvard student who developed a website to rank the hotness of fellow students.

The stories of Zuckerberg, Kalanick, Dorsey, and even Bill Gates depend on having a pretty comfortable life already. One so comfortable they can focus on learning to code and indulge their wild ideas. You can literally do anything when you don't have to worry about paying the rent or putting food on the table.