Who Were The Richest People In The World Before Bill Gates Snatched The Crown?

By Amy Lamare on April 7, 2020 in Articles › Billionaire News

In the late 1980s, Gates was busy building Microsoft and taking it public. When Microsoft went public in 1986, Gates had a net worth of $350 million. The following year, in 1987, he had a net worth of $1.25 billion. Pretty great, but not enough to overtake Yoshiaki Tsutsumi or Taikichiro Mori, who had net worths at or near $20 billion. In 1990, Gates' net worth had surged to $2.5 billion and in 1994 it was $8 billion, but Tsutsumi and Mori were busy making billions and trading the title of the world's richest person back and forth. It looked like this:

As you can see, by 1994, Yoshiaki Tsutsumi barely edged out Bill Gates for the richest person in the world title. Who are these two Japanese billionaires that dominated the list of the richest people in the world before Gates took over and dominated pretty much from 1994 on out. 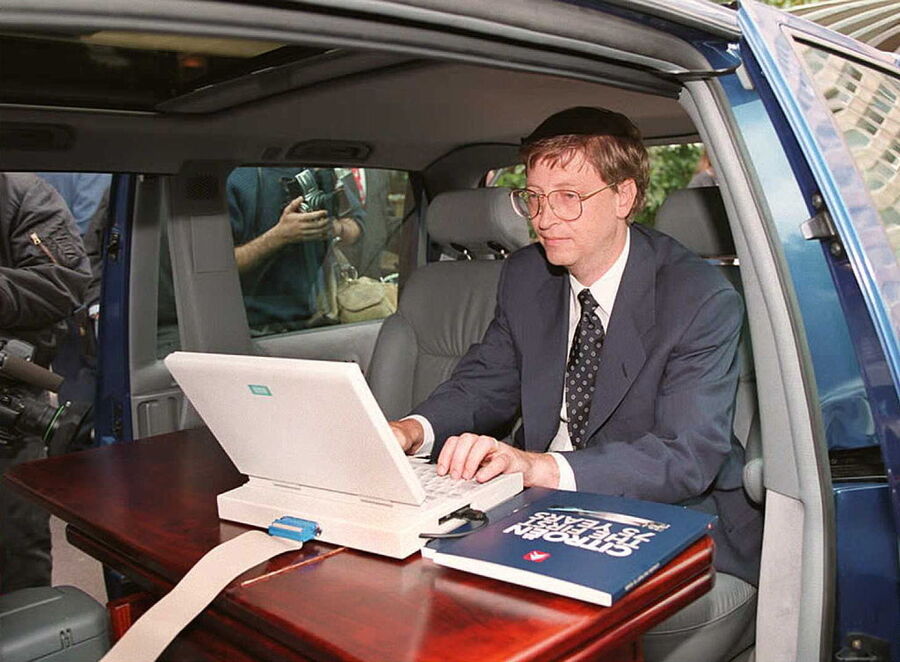 Once upon a time, in a decade long, long ago, (OK, it was the 1980s), Yoshiaki Tsutsumi was sitting on top of the world. He was the richest person in the world with a net worth of $20 billion thanks to his resort and railway company that owned thousands of square miles of Japanese real estate. At its height, Yoshiaki's Seibu Railway Group owned a transport network, a baseball team, more than 80 hotels, 52 golf courses, and dozens of ski resorts in Japan and across the globe. In many cities in Japan, it was quite possible to board a Seibu train to a Seibu shopping center, hotel, or resort without ever setting foot on another company's property. The media called it the Seibu Kingdom. And then it all came to a stunning end and Yoshiaki was sent to prison on charges of insider trading and falsifying financial statements in an attempt to prop up his business empire which was on the verge of collapse.

Tsutsumi's Seibu Group was so powerful that local authorities were scared of it. In one Japanese town, Seibu employed a quarter of all employees. Seibu also drove those employees to polling booths to support the firm's preferred candidates during elections. Yoshiaki is credited with single-handedly bringing the Winter Olympics back to Asia and to the mountain resort of Nagano in 1998, using a mixture of money and charm with a whiff of scandal and corruption. The rise and fall of Yoshiaki Tsutsumi is a classic tale of greed in a secretive family-run empire.  Tsutsumi reigned over the Seibu Group empire for 40 years and along the way was called a number of unflattering names including tyrant, autocrat, and dictator. One legend reports that some of his employees vomited out of fear before his arrival for a very hands-on inspection of their department.

The peak of Yoshiaki's power was in the late 1980s. The price of land and stock prices rose steadily fueled by a combination of cheap credit and lax financial regulation. Yoshiaki's vast real estate holdings pushed him to the top of the Rich List and kept him there for four consecutive years. During this time, the 70 companies in the Seibu Group employed more than 35,000 people. Then the economy slowed down in the early 1990s and with it, land prices began to drop. As a result, Tsutsumi's company was saddled with huge debts. After all, his companies owned one-sixth of all the land in Japan at one point.

Then, in 2005, Yoshiaki was arrested at one of his luxury hotels. By then his wealth had slipped from $20 billion and the world's richest man to 159th richest in the world. Tsutsumi was arrested on suspicion of violation of securities trading law. The fact is that Tsutsumi had surrounded himself with so many yes men that prosecutors didn't believe him when he claimed to not know about the law-breaking violations that took place in his name. Tsutsumi pleaded guilty, and on October 27, 2005, the Tokyo District Court sentenced him to 30 months in prison, suspended for four years, and a fine of five million yen. His suspended sentence expired in October 2009 and he remains indirectly a major shareholder in Seibu Holdings. Tsutsumi is no longer a billionaire.

As Tsutsumi's net worth dropped, Taikichiro Mori's net worth grew and in 1991 and 1992, he was the richest man in the world.  Mori was an economics professor turned billionaire who became the richest with a fortune of $16 billion in 1992 (equivalent to $84.4 billion today) then he left academics behind at 55 and built a real estate empire in downtown Tokyo. Mori's father was a rice farmer and merchant who over the years, acquired two buildings. Mori became a professor at the Kyoto Institute of Technology in 1932. In 1946 he went to work at Yokohama City University, where he became the Dean of the School of Commerce from 1954 to 1959. He retired in 1959, at 55, to run the Mori Building Company after his father died.

The timing could not have been better, as Japan was about to start a period of insane growth, especially in real estate. Mori initially focused on the Toranomon neighborhood where he grew up. He transformed that neighborhood into a modern, urban center full of sleek glass, concrete, and brick skyscrapers. It took him 17 years, but Mori persuaded all 500 residents and merchants of that neighborhood to agree to his redevelopment plan. Most were moved to a new apartment at Mori's cost or given an apartment in the new project once it was completed.

Mori lost the title of the richest person in the world to Tsutsumi in 1993 because he died in January 1993. His Akira runs the business today, which owns and operates 67 rental buildings as well as about 30 hotels in Japan, mainly in central Tokyo and other high-rent districts in major Japanese cities. Akira Mori has a net worth of $4.3 billion, which is great, but not going to challenge Gates, Jeff Bezos, and the other people at the top of the list of the world's richest today.