Who Was The Richest Person In The World 30 Years Ago?

Let's take a trip back in time to 1991. Michael Jordan and the Chicago Bulls had just won their first NBA championship. The Hubble Telescope was launched into space. Terminator 2: Judgment Day was the top box office smash, and the longest-running singles on the U.S. Billboard Hot 100 charts were Michael Jackson's "Black or White" and "(Everything I Do) I Do It for You" by Bryan Adams.

Oh, and the richest person in the world was someone you've probably never heard of.

Hassanal Bolkiah has served as the Sultan of Brunei since 1967. Brunei is a small country of about 460,000 on the island of Borneo in Southeast Asia; the rest of the island is divided between Malaysia and Indonesia. And thanks to extensive petroleum and natural gas fields, it's among the wealthiest countries in the world. The International Monetary Fund estimates Brunei is fifth in the world by gross domestic product per capita at purchasing power parity and that it's one of just two countries with a public debt of 0% of the national GDP.

So, naturally, being the leader of such a country can pay off nicely, especially as the Sultan was the driver behind the country's growth. 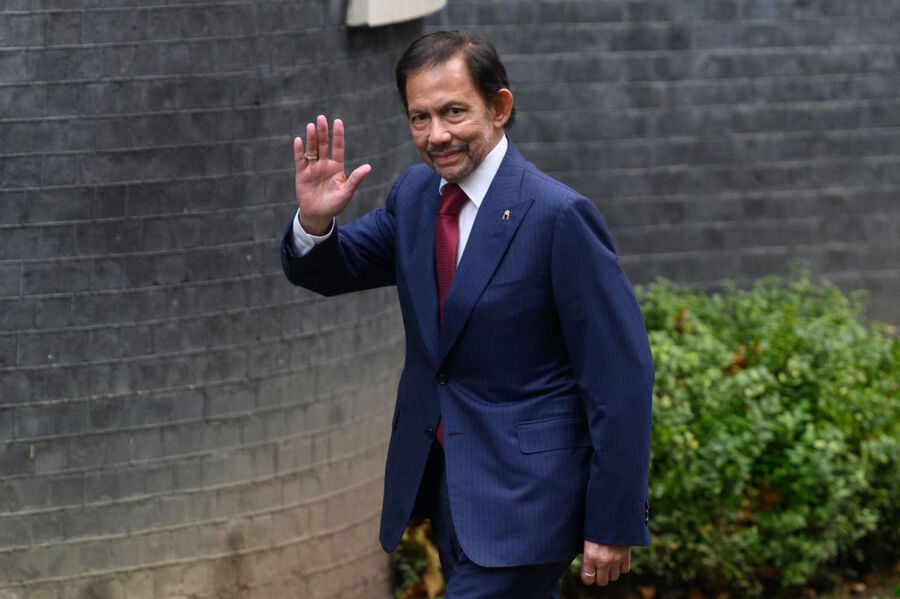 When Bolkiah was born, he was already a prince—his family has ruled the nation for more than 600 years. His father abdicated in 1967, and Bolkiah became Sultan when he was 21 years old, receiving Head of State honors the following year.

The Sultan's government pays for education, healthcare, and most of the living expenses of Brunei citizens. In fact, the wealth of oil and natural gas is so bountiful that the country's spending is sometimes called "Shellfare."

As the wealthiest man in the world 30 years ago (and still quite wealthy today), Bolkiah has lived a fancy lifestyle. At one point, he owned 2,500 cars, including rides like a gold Rolls Royce, worth a total of more than a billion dollars.

The Sultan has made a number of questionable decisions during his rule. In 2015, he banned non-Christians from celebrating Christmas, believing it would hurt Muslim communities. He's worked to make abortions, adultery, and same-sex sexual acts punishable by death by stoning. His brother, Prince Jefri, has also been accused of drugging and sexually abusing women, as well as misappropriating funds.

Despite the controversies, Bolkiah has received numerous titles and honors over the years, including honorary Air Chief Marshal and Honorary Admiral in the U.K. Royal Air Force and Royal Navy, respectively. All of his accolades have earned him perhaps the longest title anyone has ever had: His Majesty Sultan Haji Hassanal Bolkiah Mu'izzaddin Waddaulah ibni Almarhum Sultan Haji Omar 'Ali Saifuddien Sa'adul Khairi Waddien, Sultan and Yang di-Pertuan of Negara Brunei Darussalam.

Even in 1991, there were some recognizable names on the wealthiest people list. Investor and businessman Warren Buffet ranked 19th with $4.4 billion, and Microsoft founder Bill Gates, then just 35 years old, was the 28th richest person in the world, worth $3.9 billion.

Obviously, all of these people are doing just fine today. And while the Sultan of Brunei is no longer the wealthiest man in the world, he's still worth about as much. That's a consistent reign of both power and wealth.