Who Is Zhong Shanshan And How Did He Become The Sixth-Richest Person In The World… Practically Overnight?

By Brian Warner on February 5, 2021 in Articles › Billionaire News

If you looked at our real-time list of the 100 richest people in the world six months ago, you would not have found the name Zhong Shanshan. A year ago, if you searched for Zhong on the CelebrityNetWorth… or Bloomberg… or Forbes, you would not have seen him even ranked as a billionaire. Yet somehow today Zhong Shanshan is sitting on a fortune that makes him the sixth-richest person in the world. With Mark Zuckerberg's net worth sinking 10% since Wednesday after a bad earnings report, Zhong is within striking distance of topping the Facebook CEO to become the fifth-richest person on the planet. If that happens, he will rank only behind Bernard Arnault, Bill Gates, Jeff Bezos and Elon Musk. Who the heck is Zhong Shanshan? How did he earn his enormous fortune… seemingly overnight?

Zhong Shanshan was born in Hangzhou, China on December 1, 1954. He dropped out of school in sixth grade when his parents became persecuted by local authorities amid the chaos and uprisings of the Chinese cultural revolution.

In his early teen years Zhong took any job he could find to help support himself and his family. He worked in construction, as a mushroom farmer, and as a door-to-door beverage salesman. He eventually attempted to return to school. He failed the college entrance exams TWICE before enrolling at Zhejiang Open University.

In the 1980s he started working as a news reporter for around five years.

At some point in the mid-1980s, Zhong established a water distribution business on the island province of Hainan, in southern China.

In 1993 he founded a health product company called Yangshengtang.

Following the success of western brands like Evian, Poland Spring and Crystal Geyser, in 1996 he founded Nongfu Spring (which translates to "Farmer Spring"). With water sourced from Zhejiang Thousand-Island Lake and its signature lucky red labels and tops, Nongfu was one of the first large-scale packaged water bottle companies founded in China. 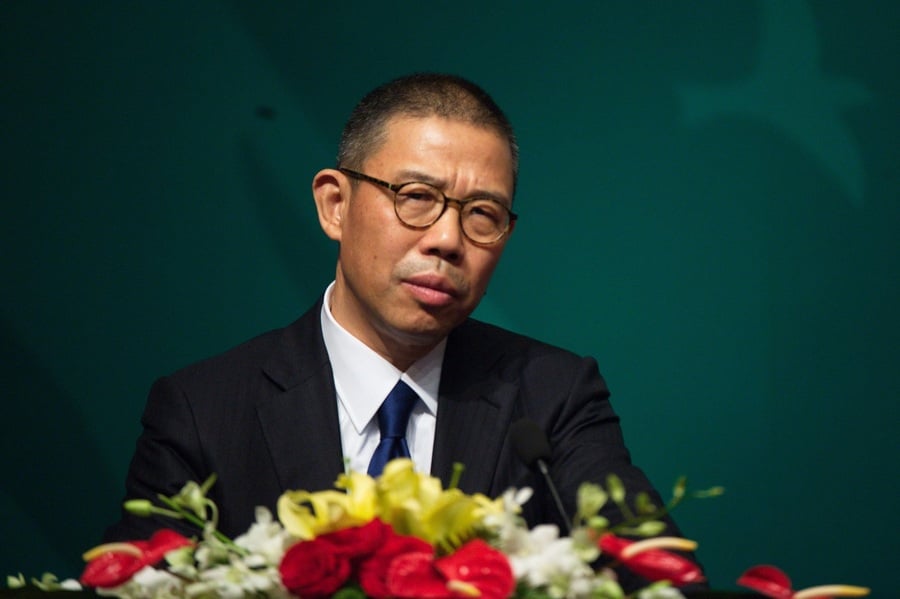 Through a combination of organic growth and acquisition, Nongfu eventually grew to be the largest water bottle producer in China, and one of the top three producers of packaged juice and tea. Today the company also makes coffee, vitamin drinks, yogurt and rice.

In September 2020 Zhong took Nongfu public through an IPO on the Hong Kong stock exchange.

Zhong Shanshan owns 84% of Nongfu. This is interesting because the Hong Kong stock exchange typically requires companies to "float" (offer) at least 25% of their shares in order to qualify for listing. Nongfu was granted an exception and allowed to float just 14% of its shares. But technically that 14% includes a chunk of other individual investors and employees who are restricted from selling within a year of the IPO date. It's been reported that only around 4% of Nongfu's shares are actively available.

That's important because it means the stock is scarce. When something desirable is scarce, the price can get driven up.

Another helpful factor is Nongfu's popularity with a burgeoning class of regular mom and pop investors in mainland China. Historically it's been difficult for mainland Chinese investors to buy stock on foreign exchanges. Thanks to a program called Stock Connect, the Hong Kong exchange is linked directly to exchanges in Shanghai and Shenzhen. According to the Wall Street Journal, roughly 1% of the company's shares are owned by mom and pop mainland investors.

Nongfu debuted on the Hong Kong exchange with a price per share equal to $2.7 USD. Today the company is trading at a price per share equal to $8 USD. With the increase, the company's overall market cap has nearly tripled to $88 billion. At today's levels, Nongfu is trading at 83 times future earnings. For comparison, Apple trades at around 16X future earnings. Facebook and Google trade at around $20. So, much like Nongfu's mineral water, the stock tastes a little bubbly.

Remember, Zhong Shanshan owns 84% of Nongfu. So at today's $88 billion valuation, his stake is worth =

Zhong is the majority owner and chairman of a pharmaceutical company called Wantai. He acquired his majority stake in 2001.

Historically Wantai focused on diagnostic tools for Hepatitus E, B and C. Basically the company makes Hepatitus test kits. They also make vaccines. In 2020 the company developed a nasal spray COVID-19 vaccine that has reportedly shown some success.

On its IPO day, Wantai ended with a price per share equal to $2 USD. Today a single share of Wantai will cost you $40. That's a 2,000% increase in less than a year.

Wantai's market cap today is $18 billion. Zhong Shanshan owns 75% of Wantai. At that valuation, his stake is worth =

With other assets, cash and investments, we currently estimate that Zhong Shanshan's net worth is =

As of this writing, Zhong is a mere $6 billion dollars away from surpassing Mark Zuckerberg's $98 billion net worth to become the 5th-richest person on the planet. He has been within as little as $5 billion of the top 5 in recent weeks.

[Also, in the day since we original wrote this article, Larry Page's net worth surged from $89 billion to $95 billion thanks to a monster Google quarterly earnings report… so technically as I edit this on Thursday night, Feb 4, Zhong is the seventh 7th-richest person in the world]