Who Is The Richest Person In Ukraine And How Are They Reacting To Russia's Invasion?

By Brian Warner on February 26, 2022 in Articles › Billionaire News

The situation in Ukraine over the last 48 hours has been nothing short of shocking. Russia is currently in the midst of a full-scale invasion of a sovereign European nation. The Russian army is dropping bombs and firing bullets in suburbs, terrifying and presumably killing innocent civilians. As I type this article, Friday night at 5pm PST, the associated press reports that Russian troops are inching closer and closer to Ukraine's capital city, Kyiv, while the Ukrainian military puts up a better-than-expected resistance.

The AP further reports that Putin's "ultimate goal" is to "overthrow Ukraine's government." As of this writing, the President of Ukraine, Volodymyr Zelenskyy, is vowing to stay-put and fight.

Retired professional boxers Vitali and Wladimir Klitschko (Vitali is the CURRENT MAYOR OF KYIV!!!) have also vowed to take up arms to protect their city and country.

Before becoming President, Zelenskyy was a comedian. From what I gather, he was sort of like a Steve Carell. The Klitschko brothers are two extremely wealthy and famous athletes who by all means could be watching this war go down from mansions or yachts anywhere in the world. All three will face dire consequences if they were captured and brought to Russia.

I'm at a loss for words when thinking about the courage Zelenskyy and the Klitschko brothers are displaying. Not everyone would be so brave in the same situation.

On that note, I was curious how the richest person in Ukraine has reacted to the Russian invasion. Ukraine is home to at least a dozen known billionaires and countless additional $100+ millionaires.

Fun fact: The President immediately before Zelenskyy was billionaire named Petro Poroshenko. Known as Ukraine's "chocolate king," Petro earned his $1.6 billion fortune thanks to a candy company called Roshen. Petro was largely seen as corrupt and lost to Zelenskyy in a landslide 2019 election. Following his defeat, Ukrainian prosecutors prepared roughly 20 criminal charges against the chocolate king, including high treason for allegedly supporting pro-Russian separatists. After the charges were filed Petro initially fled to Poland but did return a month later to face the music. Fortunately for Petro, prosecutors ultimately declined to arrest him and he has been living freely since with the charges still technically active.

What about Ukraine's richest citizen? Who is he, how did he earn is fortune and what has been his reaction to Russia's invasion? 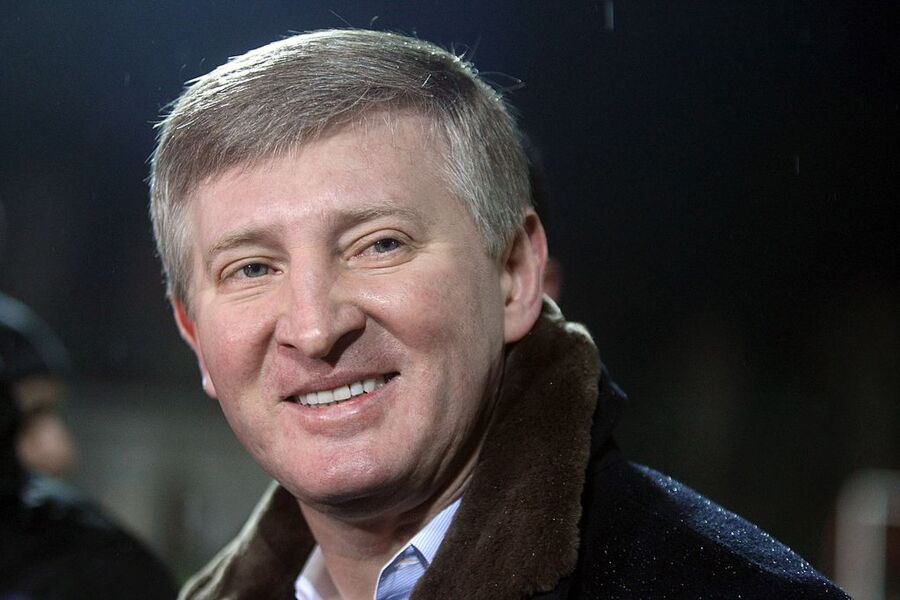 With a net worth of $6 billion, Ukraine's richest citizen is Rinat Akhmetov. That's actually a fairly low net worth number for Rinat in recent history. His net worth has declined more than $5 billion in the last two months alone. At his peak several years prior to today's political upheavals, Rinat has been worth north of $12 billion.

Rinat earned his fortune through his ownership of a company called System Capital Management (SCM). SCM is a massive industrial conglomerate that derives the majority of its value thanks to interests in two businesses:

On a number of occasions over the last two decades, Rinat and SCM have somehow found themselves as the sole bidder in a state auction for extremely valuable assets. That's basically the Eastern European business playbook.

On the controversial side, Rinat Akhmetov's beginnings in the business world may or may not have been connected to organized crime. His first business partner Akhat Bragin had long-been accused by local police of being a mafia chief. Akhat was killed when a bomb was detonated at a soccer match in 1995. At that point Rinat inherited full control of the empire they previously shared.

Rinat Akhmetov has historically been friendly towards Russia since he generates a decent amount of money selling energy and commodities to his northern neighbors. That friendship has created tension with Ukraine's current President Zelenskyy. Actually, it's more than tension. In November 2021, Zelenskyy accused Akhmetov of working with Russia in an attempted coup. Akhmetov has reportedly been upset with Zelenskyy's anti-corruption initiatives.

Rinat is in a very awkward position right now. Not only does he do a lot of business with Russia and the Russian people, but his coal and steel empires are largely based Lugansk and Donetsk, Ukrainian regions that are among the most pro-Russian.

Rinat's reaction to the invasion so far has mostly focused on the impact a war would have on the Ukrainian business community. On the day the Russian invasion began, Rinat Akhmetov released the following statement:

"The threat of invasion demands that we stand as united as possible. The government, business, and each and every Ukrainian citizen. Unity is a matter of country's survival now. At this time, Ukraine needs stability of the state finances more than ever. Business must play its role and help the state. SCM business will pay UAH 1 billion in taxes upfront…

I want to emphasize that business will proceed with all the investments we committed to in 2022 plans, no matter what dreadful scenarios we face. This includes investments in Mariupol. I have already instructed my foundation to help with evacuation, medicines and everything necessary, if needed. We will do everything to prevent a humanitarian disaster."

FYI "Mariupol" is the second-largest city in Donetsk. It is essentially the front line of today's war. Russian forces are situated just 10 kilometers from Mariupol.

From what I can tell, Rinat is watching the war from his home in London, not Ukraine. Not that I blame him.

In London Rinat owns one of the most-expensive private homes on the planet. In 2011 he paid $213 million for his London Penthouse at One Hyde Park. He then spent an additional $120 million on renovations. This is One Hyde Park: 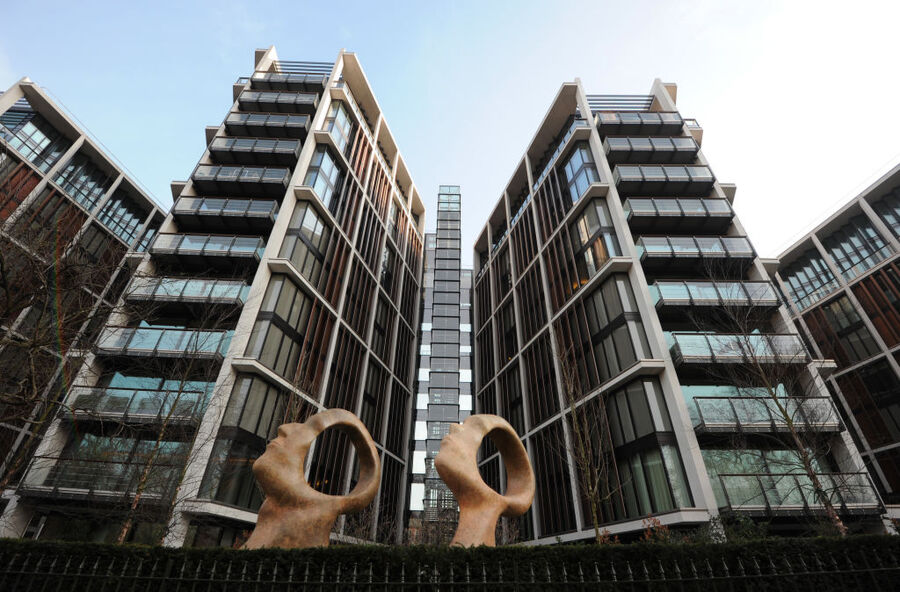 A similar penthouse in One Hyde Park was listed for sale in May 2021 for $240 million. That penthouse had 18,000 square-feet of indoor living space, spanning two floors with five bedrooms, a home theater, spa room, wine room and much more. So ya, if that was my apartment, I probably wouldn't want to give it up for a war zone.