Who Is The Richest Person In Russia (Other Than Vladimir Putin)?

By Amy Lamare on February 24, 2022 in Articles › Billionaire News

It goes without saying that Vladimir Putin reigns supreme in Russia, in all ways. He's the President. He's the head of the influential Kremlin. He's also the richest person in Russia with a net worth we currently peg at $70 billion. Other reports have pegged Putin's net worth at $200 billion.

After Mr. Putin, who is the richest person in Russia? With a net worth of $30 billion that honor does go to a different Russian billionaire named Vladimir…

Vladimir Potanin was born into Russian elite society. He was born in 1961 in Moscow to a high-ranking family. He studied international economic relations in college and went to work for the Ministry of Foreign Trade, just like his dad before him. He made a lot of connections working for the government.

Vladimir left the Ministry of Foreign Trade in 1990 during the downfall of the USSR.

Vladimir had $10,000 in capital when he launched a foreign trade financial consulting agency called Interros VEA. Two years later, he and Mikhail Prokhorov (who would later become known to Westerners as the owner of the Brooklyn Nets) became two of the first Russian citizens to open a private bank.

They acquired these private assets thanks to President Boris Yeltsin's controversial "loans for shares" program. Mikhail and Vladimir acquired assets in nickel, oil, shipping, and steel. One of their acquisitions was Norilsk Nickel, a huge nickel mining conglomerate.

What is the "loans for shares" program? Put it this way –

Norilsk Nickel was auctioned off by the government in 1995. At the time the company produced 25% of the world's nickel and was earning $400 million a year in revenues. Using a basic 10X revenue valuation method, the bare minimum value of Norilsk Nickel should have been $4 billion. Yet for some reason the company was auctioned off with a minimum reserve price of $170 million.

Potanin and Prokhorov won the auction with a bid of $170.1 million.

At the time, Potanin also happened to be the Deputy Prime Minister in charge of the privatization efforts. 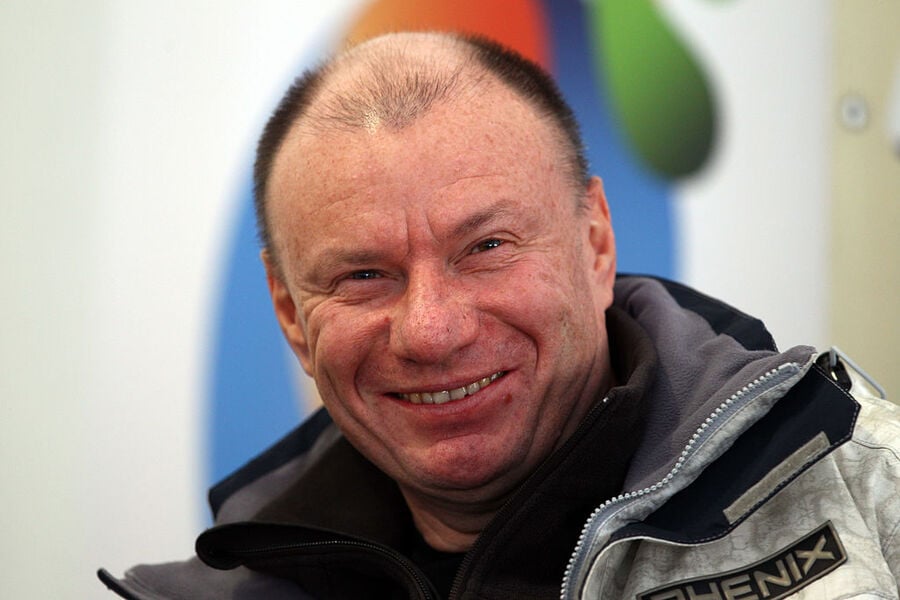 Norilsk Nickel's revenues exploded over the next decade. When Potanin and Prokhorov took the company public, they became even wealthier. With that newfound wealth, they expanded their holdings into real estate, media, and retail.

With Norislk's stock at what was then an all-time high, Vladimir used the scandal as an opportunity to buy out his partner. It wasn't an amicable negotiation but in the end Mikhail agreed to sell his stake for $7 billion in cash and $3 billion in stock in a different company.

The timing of Mikhail's arrest and cash out would prove, for a time, to be extremely lucky.

As the global financial crisis descended in 2008, Vladimir Potanin's empire was decimated. His net worth was reduced from $28 billion to $2 billion almost on a dime. That's a 92% drop. Meanwhile the cash-rich Mikhail was totally unscathed. He went on an asset buying spree that included the Brooklyn Nets.

Potanin rebuilt his fortune over time and by 2014 was again sitting on a respectable $15 billion by 2014. But his personal fortune was about to face another crisis.

Vladimir met a girl named Natalia while they were both in high school. They fell in love, got married, and had three children. By all accounts, they were a happy family – until he suddenly filed for divorce in November 2013, after 30 years of marriage. To make matters worse, Vladimir asked the court to make the divorce retroactive to January 16, 2007. According to him, that was the exact day that he decided the marriage wasn't going well.

The day that Vladimir surprised Natalia with the divorce was a normal one, right up until that point. Natalia and Vladimir were at the dinner table with their sons, planning a trip to the U.S. with their youngest son, Vasily, who was going to be enrolling in an American school. They were discussing exams and tutors. They talked about what movies to see and musicals to go to while in America. It was, by all accounts, a normal dinner table conversation. After dinner, Vasily went to bed and Vladimir reportedly left the room for a moment. When he returned, he handed Natalia divorce papers and told her that he was fed up and wanted a divorce. She was in shock from the surprise of it. She thought he was joking. That was the last time she spoke to the man she had loved, lived with, and raised three children with for 30 years.

Just like that Vladimir disappeared from Natalia and her sons' lives. Natalia took Vasily to New York to get ready for school in September. While she was gone, Vladimir had the family home torn down. Natalia had a lot to deal with. Vladimir not only robbed her of a home, but he immediately cut off her access to the couple's bank accounts. Then she found out about his request to backdate the divorce. This, of course, was a power play to protect his assets. That date in 2007 was before Vladimir and Mikhail Prokhorov, split and divided their company.

As it turns out, Vladimir had been having an affair with an employee 15 years his junior named Ekaterina. They married in 2014 and eventually had three children together.

Despite Russia being a community property country, the court ruled for Vladimir and declared the termination date of the marriage was in 2007, not 2013. Natalia presented a ton of photos showing that they were living together, going on vacation together, living a normal life up until that evening when Vladimir filed for divorce. The court chose to rule for President Vladimir Putin's friend. Funny how that happens in Russia, isn't it?

When it came time to offer Natalia a settlement – money that would support his children – he didn't offer a single penny. At the time he had a net worth of $14 billion. Natalia took him to court and was initially awarded a $41.5 million settlement.

She was not done fighting. In 2016 Natalia filed a lawsuit seeking $15 billion worth of profits generated by Norilsk while they were together. After being rejected over and over in Russia, she filed a case from England claiming she was instrumental in helping her ex-husband build an empire. It was the fourth country in which Natalia filed a suit. In 2019 she lost once and for all and had to settle with what was ultimately revealed to be $84 million. She also reportedly received $7.3 million in child support and $6.5 million to buy a home on Long Island in New York.

Today Vladimir Potanin's $30 billlion net worth makes him the richest person in Russia (minus Putin).