Who Are The Richest People In Japan?

The three richest people in Japan made their fortunes in totally different ways. One, Takemitsu Takizaki founded an R&D company that develops bar-code readers and other components for factory automation systems. The other, Masayoshi Son, founded SoftBank. And finally, Japan's richest person, Tadashi Yanai is the man who gave the world the retail store Uniqlo and made his success possible largely by copying the business model of The Gap. Combined, the three richest men in Japan are worth $115.6 billion. Let's take a look at their stories.

Takemitsu Takizaki is the founder of Keyence, a company that creates sensors, bar-code readers, vision systems, digital microscopes, and other electronic components for factory automation systems. Keyence specializes solely in product planning and development and does not manufacture the final products. Takizaki founded the company in 1974 and since then, Keyence has developed and built up a substantial pool of technology patents from its large investments in R&D. Keyence products are used by Toyota and Toshiba. Takemitsu Takizaki owns 26% of the company.

Today, Masayoshi Son is best known as the founder and CEO of SoftBank Capital. However, Son jumped on the computer chip bandwagon early and patented and sold his first microchip while still in college for $1 million dollars. Son is also the CEO of SoftBank Mobile. He graduated from Berkeley with a BA in economics in 1980. One year after his graduation, he formed the Japanese telecommunications and Internet corporation SoftBank. The Tokyo-based company has a corporate profile that includes various other enterprises like Japanese broadband company SoftBank BB, data center company IDC Frontier, gaming company GungHo Online Entertainment, and the publishing company SoftBank Creative. SoftBank also holds various partnerships in Japanese subsidiaries of foreign companies such as Yahoo!, E-Trade, Ustream.tv, EF Education First, and Morningstar. 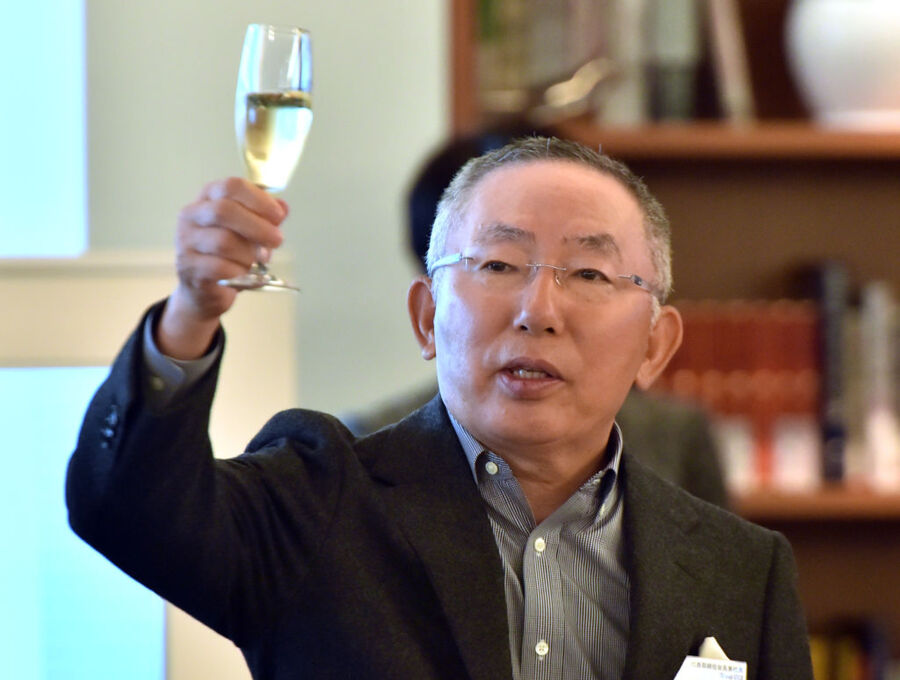 Uniqlo founder Tadashi Yanai is the richest person in Japan. He started out three decades ago with one dilapidated t-shirt store that he begrudgingly inherited from his father. Yanai had plans to put his own spin on the store. One store wasn't enough, he wanted to build an empire. It was the early 1980s and Tadashi very much admired the work of American management expert Peter Drucker whose philosophy of business said that money and morality need not be mutually exclusive. Yanai could build his empire and become a very wealthy man without corrupting his soul. From Drucker's teachings, Yanai learned that it was best to think first about what customers want, rather than what the company (or owner) wants to sell. He therefore quickly added women's clothing to his menswear store and rebranded the entire operation in 1984 as Unique Clothing Warehouse (which he later shortened to Uniqlo). He also soon began expanding into the suburbs.

In the late 1980s, Yanai set out to study and perfectly replicate everything The Gap did. Uniqlo copied The Gap's business model of producing and exclusively selling all of its own clothing. Imitating The Gap would prove to be a massively successful strategy for Uniqlo and its parent company Fast Retailing. In 1993, Tadashi made a move that was absolutely unprecedented for a Japanese company: He shifted all production to China. This allowed him to cut the cost of the clothing he sold and further increase profits. During the economic downturn in 2008 and 2009, Yanai went on an acquisition spree. He bought Theory and Helmut Lang, both higher-end designers of basic wardrobe components. All of the acquisitions fall under the Fast Retailing umbrella corporation, of which Uniqlo is still the biggest asset.