Who Are The Richest People In Italy And How Did They Earn Their Fortunes?

The seven richest people in Italy are worth a combined $98.4 billion. Their fortunes were made in everything from candy, to sunglasses, to fashion. It seems fitting for an article about the richest people in Italy that three of the five wealthiest Italians hail from the fashion industry. A fourth is in eyewear, which, by extension could also be considered the fashion industry. Also fitting of Italy, another person on this list is a former politician and media tycoon who is widely known for being a frequent criminal defendant and convicted tax evader. A sixth person on this list runs the family conglomerate founded by his father. But the richest person in Italy by far is the family of the man who invented Nutella. Mangia! Let's look at the seven richest Italians.

Patrizio Bertelli is the husband of Miuccia Prada and CEO of the Prada family business. Around the same time as Miuccia joined Prada in the late 1970s, she met a man named Patrizio Bertelli. Patrizio was a leather-goods entrepreneur who became one of Prada's largest suppliers. They fell in love and married in 1987. The influence of Bertelli on Miuccia and Prada was immediate. He was the one who encouraged Miuccia to expand the fashion house's lines beyond leather goods and into footwear and ready-to-wear apparel. Prada formerly owned a solitary flagship store in Milan, but starting in 1986, opened stores in New York, London, Paris, Madrid, and Tokyo. Prada currently has over 618 stores worldwide.

Miuccia Prada, the multi-billionaire heiress who runs fashion label Prada was not initially inclined to be a fashion designer or even a businesswoman. For much of the early part of her life, Mario Prada's granddaughter had no intention to set foot in the globally successful fashion house that was founded in 1913. Instead of studying fashion or design in college, Miuccia Prada earned a doctorate in Political Science from the University of Milan. But her ambitions didn't lie in politics either. No, as crazy as it sounds, Miuccia Prada, the multi-billionaire heiress with a Ph.D. in her back pocket, wanted to be a mime. In 1978, After five years of living the mime life, Miuccia finally came to her senses and joined the family business. Miuccia Prada is the granddaughter of Mario Prada, the man who founded the famous fashion house as a leather goods manufacturer in 1913. Today Miuccia owns 28% of Prada and runs it with her husband Patrizio Bertelli. Since taking over the company in the late 70s, Miuccia has brought Prada to global prominence through strategic expansion, the addition of new product lines, and savvy branding.

Fashion designer Giorgio Armani launched his empire in the mid-1970s. Armani actually spent two years studying to be a doctor at the University of Piacenza. After completing his military service he quit the university and went to work at La Rinascente, a famous department store in Milan. He then joined the staff of Nino Cerruti as a designer. Armani started doing freelance design work for other companies as well. Armani founded Giorgio Armani S.p.A. in July 1975 and launched a line of women's and men's clothing. The clothes were revolutionary at the time, introducing a more natural fit and using a subtle color palette. Armani didn't make a big splash in America until 1980 when his clothes were showcased on major television shows. It wasn't long before many top Hollywood stars were wearing Armani on the red carpet, including Michelle Pfeiffer, Jodie Foster, and John Travolta. Armani expanded his operations further and by the end of the '90s, Armani had over 2,000 stores worldwide and annual sales of roughly $2 billion. His company expanded into the home goods market as well as book publishing. 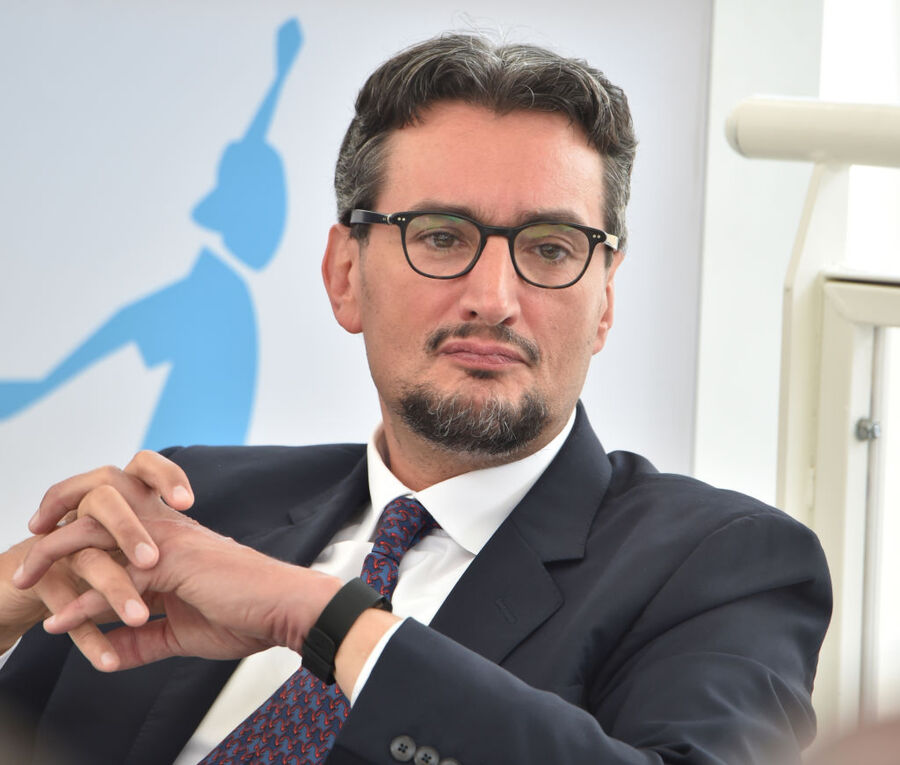 Silvio Berlusconi is a former Prime Minister of Italy, entrepreneur, and media tycoon. He is one of Italy's longest-serving post-war prime ministers. Berlusconi also is the owner of the Italian football club A.C. Milan and remains Italy's "oldest playboy" who continues to capture headlines at 84 years old. Berlusconi came from a lower-middle-class family, studied law in Milan and worked as a singer on cruise ships and nightclubs. After he successfully secured a small loan from a local bank, he oversaw the construction of small-scale projects in the city of Milan and later built "Milano Two," a building with 4,000 residential apartments east of the city. Berlusconi first entered the media world in 1973 by establishing a small cable television company called Telemilano. Soon, he started to accumulate a fortune through Fininvest that holds stakes in Mediaset, Italy's largest media company; Mediolanum financial services company that was founded by Italian billionaire Ennio Doris; Mondadori, one of Italy's largest publishing houses; Medusa, movie maker, and A.C. Milan, which was a nearly defunct football club when Berlusconi bought it in 1986. In 1993 Berlusconi ran for Prime Minister under his newly formed political party Forza Italy (Go Italy). Since, he has served four times as Prime Minister of Italy, from 1994 to 1995, 2001 to 2006, and 2008 to 2011. Holding the Prime Minister's office for nine years in total, Berlusconi is the third longest-serving since the Unification of Italy, after Benito Mussolini and Giovanni Giolitti.

Paolo Rocca shares his net worth with his brother Gianfelice Mario Rocca. Paolo Rocca is the Chairman and the CEO of Techint, an Italian-Argentine conglomerate founded by his father Roberto. Paolo Rocca was already a graduate of the Harvard Business School when he joined the family business in 1985. At first, he served as an assistant to his father, and five years later he became the executive vice president of the company. The Techint Group now is a global leader in seamless steel pipe production for the oil industry. But aside from the steel production company, it also has an engineering and construction company, an oil and gas exploration company, as well as a network of hospitals in Italy.

Unlike many of the wealthiest people in the world, Leonardo Del Vecchio didn't inherit his fortune and grow it. When Leonardo was five months old, his dad died. His mom was poor and struggled to take care of him so she abandoned him to an orphanage when he was seven. When he was 14, he got a job at a factory in order to make enough money to survive. Leonardo Del Vecchio went from the orphanage to founding a multi-billion sunglass company that allowed him to become one of the richest people in Italy. Del Vecchio has the distinction of being probably the first person who thought eyewear could also be a fashion statement. He instinctually understood that glasses weren't just for better vision, they were also an extension of the wearer's personality and style. He founded Luxottica in 1961 after years of working for another eyeglass company. By 1974, Del Vecchio was acquiring companies to expand Luxottica's holdings. By the late 1980s, he was setting up lucrative licensing deals. During the early 1990s, he was acquiring distribution and retail businesses in the eyewear business. It's safe to say that any pair of glasses you buy in the world today are either owned by or manufactured by Luxottica. It's also very likely that the store you buy your glasses, is owned by Luxottica.

The Ferrero family's net worth comes from the family business – Ferrero SpA – makers of Nutella and a slew of other sweet treats. Pietro Ferrero was a pastry chef born in Italy in 1898. He ran a confectionery shop with his wife Piera. The couple's son, Michele, was born in 1925. There was cocoa rationing in Italy during World War II, making chocolate extremely hard to obtain. This put Ferrero's confectionery shop in a rough place. Then Pietro had an idea. In order to stretch his limited supply of cocoa and make it last, he began cutting his chocolate products with hazelnuts. This nut was plentiful in northwestern Italy, and as such, pretty easy to obtain.

The locals in town absolutely loved Pietro's new creation, so he and his brother Giovanni founded Ferrero SpA. Before long, the Ferrero brothers had transformed their small Northern Italy pastry shop into a confectionery factory. Giovanni built the company's sales network and is credited with establishing the company's global reach and distribution capabilities. Pietro died in 1949 and his son Michelle took over the family candy empire.

In 1963, Michele rebranded his father's hazelnut chocolate cream Nutella throughout Europe. Several years later, Michele launched the Kinder Chocolate line. Known as the "Kinder Surprise," each chocolate has a small toy inside of it. Under Michele Ferrero's leadership, Ferrero SpA introduced many new products and lines, including Ferrero Rocher, Mon Cheri, and Tic Tac.

Today Ferrero SpA is the world's second-largest chocolate maker, with more than 30 brands under its umbrella. Michele's son Giovanni is the Executive Chairman of Ferraro SpA, focusing on long-term strategy.