Who Are The Richest People In India?

There are 1.366 billion people in India. It is the second-most populous country in the world, after China (1.394 billion). The five richest people in India have a combined net worth of $205.6 billion. While that is a ton of money, consider that the two richest Americans have personal net worths of $157 billion (Elon Musk) and $177 billion (Jeff Bezos) all by themselves. The richest person in India is Reliance Industries' Mukesh Ambani is worth a stunning $84 billion and is the driving force behind a push to bring India into the 21stcentury in its telecommunications industry.

Lakshmi Mittal is chairman and CEO of the world's largest steel-making company, Arcelor Mittal. Mittal made his fortune in the steel business, which was his wealthy family's business. After a significant falling out with this parents, Mittal started his own steel business in Indonesia, which eventually became Arcelor Mittal, the company he made into one of the most successful in the world. Mittal was a pioneer in the development of integrated mini-mills and the use of "DRI" (direct reduced iron) used as a scrap substitute for steelmaking. Mittal led the consolidation process of the global steel industry and was named one of the "100 Most Influential People" by Time magazine in May 2007.

Shiv Nadar is the founder and chairman of HCL, an IT hardware company that has morphed into an IT Enterprise company. Founded in the mid-1970s, HCL ventured into the international market with the opening of hardware seller Far East Computers in Singapore in 1980. As of today, the info-tech group HCL has operations in more than 15 countries worldwide. Nadar controls 60% of HCL Technologies with his family. The family also owns 50 percent of the computer maker and services business HCL Infosystems. 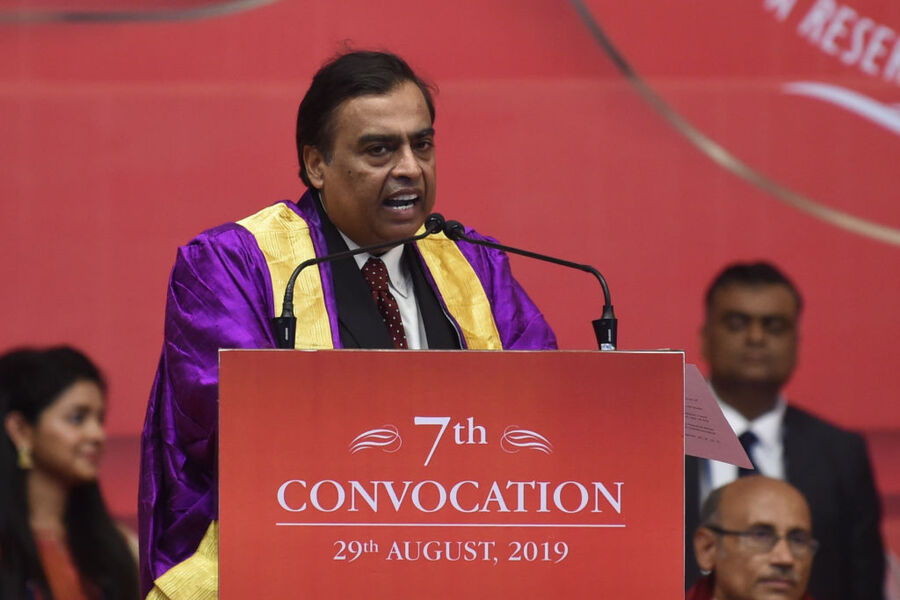 Azim Premji is the chairman of Wipro Limited, a multinational IT consulting and system integration services company. He was voted among the 20 most powerful men in the world by Asiaweek and has twice been listed among the 100 most influential people by TIME Magazine (2004 and 2011, respectively). Premji owns 56 percent of Indian information technology, outsourcing, and consulting company Wipro. Premji owns an additional 18 percent of irrevocable charitable trusts related to the Azim Premji Foundation. He is a 3 percent owner of JM Financial, and his investment company Premji Invest manages about $1 billion.

Azim Premji is also a major philantropist and the most generous man in India. In the past, he's said that being rich "did not thrill him." In 2013, Premji became the first Indian to join the Giving Pledge. In 2014, he founded Azim Premji Philanthropic Initiatives (APPI). Premji also Premji runs an eponymous foundation that looks to improve quality of education for rural children.

Premji donated 25% of his wealth to charity in April 2013. In July 2015, he donated another 18% of his stake in Wipro, making his to that point contribution 39%. His lifetime giving is curretly $21 billion. If we take out the amount of his wealth he's committed to charity, Premji's net worth is $4.5 billion.

Gautam Adani is a self-made billionaire and Chairman of the Adani Group, a conglomerate with interests in logistics, the energy sector, and agribusiness. Adani moved to Mumbai at 18 with just a few hundred rupees to his name. He spent two years sorting diamonds for Mahindra Brothers before founding his own diamond brokerage. He made his first billion in his first year of business. He founded the Adani group in 1988 when he was 26-years-old. Today, he is one of the 100 most influential businessmen worldwide, both in the shipping trade and infrastructure industry.

Gautam Adani has seen a massive surge in his fortune in 2021. He's added $16.2 billion to his net worth in 2021 alone. His Adani Group is expanding rapidly in new sectors including airports and data centers. Additionally, shares in several of Adani's companies have surged over the past year. Shares of Adani Enterprises have increased four-fold over the past 12 months. Shares of Adani Ports and Special Economic zone has doubled in the past year.

Mukesh Ambani runs the company his father founded, Reliance Industries. Under his guidance, the company has continued to grow. Over the years, Reliance moved into petrochemicals, petroleum refining, telecommunications, entertainment, asset management, and oil and gas exploration. Reliance soon grew into one of the largest publicly-traded companies in India. Through Reliance, Ambani opened a chain of about 700 grocery stores that sell food to tens of millions of India's citizens.

Ambani also founded the company Jio Infocomm and spent $35 billion of Reliance's money to bring the first all 4G wireless network to India. Ambani has brought broadband to the villages and the countryside. Now a family in the Himalayan foothills who lives in a house built of mud and stone is able to order a refrigerator online. For someone in a village with no paved roads or indoor plumbing, Ambani's 4G network offers unlimited data for $2.10 a month. This also gives 1.3 billion people access to global tech and e-commerce giants. This relatively simple act has upended the telecom industry in India and sent its competitors into a tailspin trying to keep up.

Ambani and his family live in a 27-story mansion right in the heart of Mumbai that is the most expensive private home in the world. The roof has landing space for three helicopters. The house has a 50-seat movie theater, yoga studio, health club, spa, ballroom. Even though only six people live in the house, the building is staffed by more than 600 full-time employees. The 48,000-square-foot building is estimated to have cost between $1 and $2 billion.