Who Are The Richest People In England?

One of the wealthiest women in the U.K. is also the highest-paid executive and highest-earning female CEO in the world. Coates is the founder and co-CEO of betting firm Bet365.com. She's been on an incredible run these last years, bringing home $277 million in salary plus an additional $57 million in dividends in 2017, $347 million in 2018, and an incredible $422 million in 2019. That means that in just those three years, Coates has made more than a billion dollars from her position as Bet365 CEO. In the late 1990s, Coates had a hunch that the recently launched internet was a great place to establish a gaming business. She bought the Bet365.com domain in 2000, spent a year building the website, and launched in 2001. Today, it is one of the world's biggest online gambling sites. She is co-CEO of Bet365.com alongside her brother John (who is also a billionaire).

Michael Platt is a hedge fund manager and co-founder of BlueCrest Capital Management, an alternative asset management firm. He founded the firm in late 2000 with Williams Reeves. Prior to the founding of BlueCrest, Platt spend more than a decade working for JP Morgan. Over the years, BlueCrest Capital Management has become one of Europe's biggest hedge funds. In 2011, Platt bought out his partner's share and as well as minority owner Man Group, for $633 million. 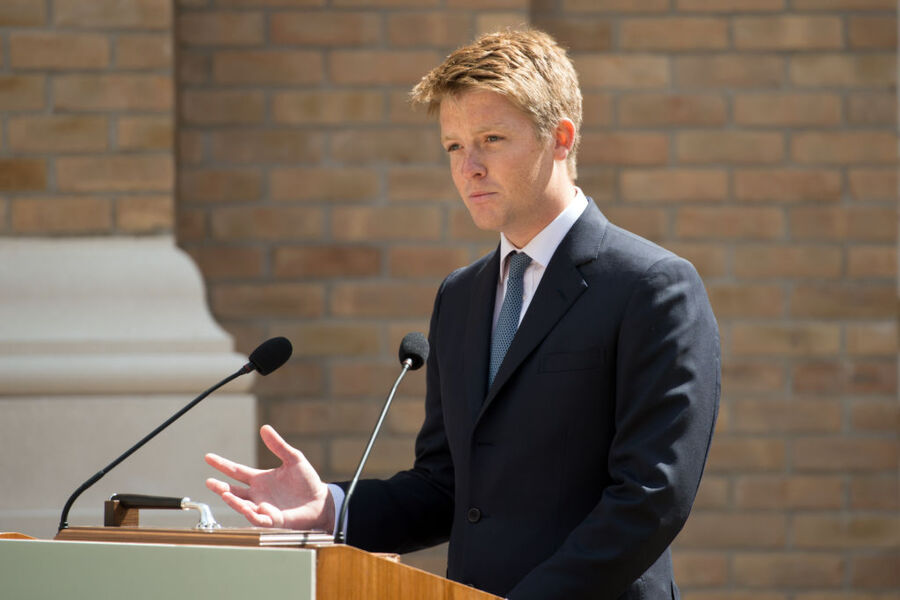 The Duke of Westminster, 30-year-old Hugh Grosvenor, is one of the richest people in the U.K. He inherited the family assets when his father, Gerald Cavendish Grosvenor, passed away in 2016 at the age of 64. He's tight with the Royal Family. Young Hugh is Prince George's godfather. He's also philanthropic and recently pledged $15.6 million to COVID-19 relief efforts. Hughie, as he's known amongst his friends, is richer than the Queen of England. Despite the enormous wealth of the Grosvenor family, Hugh and his siblings Tamara, Edwina, and Viola were raised rather normally. Hugh went to local schools, rather than boarding schools as most children of his heritage do. His parents felt that the surest way to keep their children from developing a sense of entitlement was to keep them rooted in home and family. Grounded as his family may be, they are still multi-billionaires. His late father once said that his main objective as a parent was to teach his son self-discipline and a sense of duty. That parenting philosophy is in line with the family motto: Virtus non stemma, which means Valor not garland – or more colloquially, Virtue, not ancestry.

James Ratcliffe is a chemical engineer turned financier and industrialist He has a degree in chemical engineering from the University of Birmingham. Shortly after he landed his first job with oil giant Esso, Ratcliffe decided to broaden his skills into finance and enrolled at London Business School to get an MBA. After a while, he was one of the founders of INSPEC, which leased the former BP Chemicals site in Antwerp, Belgium. Then, in 1998 Ratcliffe formed Ineos to buy-out INSPEC and take control of the Antwerp site. As a result, it is now one of the world's biggest producers of styrene monomer and polystyrene. Ratcliffe owns two-thirds of the company.

Back in 1978, James Dyson was frustrated with his family's vacuum cleaner. He set out to create a better version using the principles behind how air moves in a cyclone. After 15 years and 5,127 prototypes, Dyson invented the first bagless vacuum cleaner.

Sometime in the late 1970s, Dyson came up with the idea of using cyclonic separation to create a vacuum cleaner that would not lose suction as it picked up dirt and debris. They say necessity is the mother of invention, and that was certainly the case with Dyson. He was frustrated with his Hoover vacuum and how the pores in the dust bag kept getting clogged and reduced suction.

Dyson left his job. It took 15 years, but finally, in 1983, Dyson debuted the G-Force bagless vacuum cleaner. There was only one problem. No one in the UK would carry his vacuum because it would kill the lucrative market for replacement vacuum bags. Dyson ended up launching the G-Force in Japan and sold it in catalogs. It wasn't cheap, a G-Force cost $2,600 back then. Dyson was smart enough to file a bunch of patents for his dual cyclone vacuum in 1980. In 1991, the G-Force won the International Design Fair Prize in Japan. Still, Dyson could not get major manufacturers to sell his vacuum, so he set up Dyson, Ltd, his own manufacturing company. It took more than a decade for Dyson to break into the UK market. The UK market for replacement vacuum bags was $130 million annually. Dyson's "say goodbye to the bag" slogan was way more popular with consumers than it was when Dyson focused his marketing on the superior suction of his vacuum. The Dyson vacuum became one of the most popular brands in the UK. Remember, it took 15 years and 5,126 failures before he struck gold with the 5,127th prototype.