By Amy Lamare on November 16, 2019 in Articles › Billionaire News

If you think White Claw came out of nowhere to suddenly be everywhere, well, you're not wrong. The first time I heard of it was in June 2019, at Bonnaroo, by the time I made it back to the west coast, the hard seltzer beverage was not only everywhere, but it had also become a pop-culture phenomenon and a part of every basic bitch's starter package. This summer, White Claw outsold every craft beer in the U.S. It also outsold Budweiser for a while. The founder of White Claw, Anthony von Mandl has been working in the spirits business since he got out of college in the early 1970s. Back then he was running a wine-importing business in Vancouver, British Columbia. He wasn't doing well. It was hard to convince Canada's draconian liquor boards to buy the foreign brands of wine he was selling. Then he hit upon an idea. That idea became Mike's Hard Lemonade. Two decades ago, you couldn't turn around without running into an ad for it, you couldn't go to a party without seeing it. They were everywhere. Fights broke out in liquor stores over the last six-packs of Mike's Hard Lemonade. These niche alcoholic beverages have made von Mandl, now 69, a multibillionaire with an estimated net worth of $3.4 billion.

Von Mandl hasn't given up on his first love, wine. He's poured a lot of his fortune back into wine. He bought his fifth winery in the Okanagan Valley of British Columbia and he's spent millions drawing winemakers to Canada. For his efforts, he's produced award-winning Pinot Noirs and Chardonnays. He bought his first winery in 1981 when the Okanagan Valley was just taking off. Today he owns more than 1,000 acres of vineyard. His Mission Hill wines sell for $250 a bottle. The winery hosted Prince William and Kate Middleton in 2016. 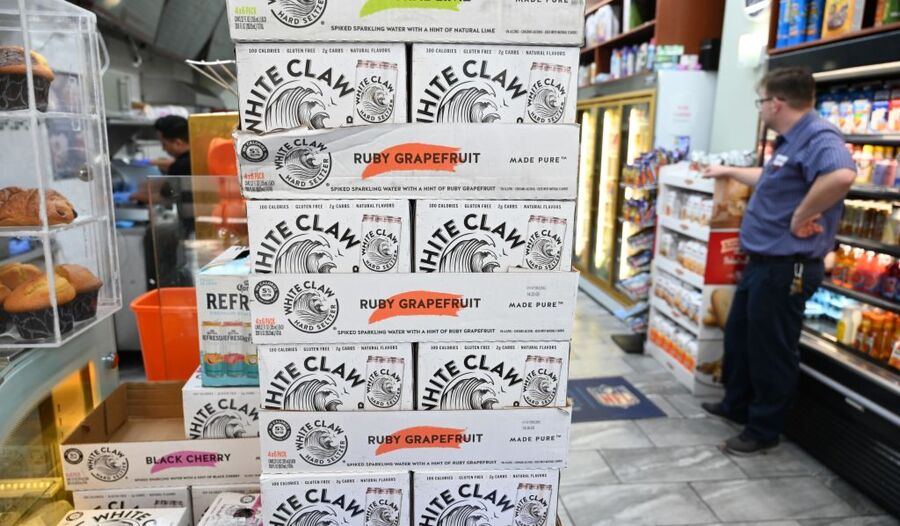 Von Mandle heads up the Mark Anthony Group. Wine may be his first and most enduring love, but he's made his fortune in hard seltzers. This all started when he realized that 25% of men didn't want to drink beer, but didn't want to be seen drinking anything else, either, according to a 2006 interview.

Also, Mike's Hard Lemonade is brewed rather than being spirit-based. This allows it to be taxed at the lower rate of beer in the U.S. and can be sold in supermarkets and grocery stores in states that restrict sales of wine and other liquors to specialty stores. White Claw basically is an update of the Mike's Hard Lemonade concept. It cashes in on the health-craze by removing the sweetness of Mike's and lowering the calorie count. White Claw has a similar alcohol content as beer – about 5%.

Over the past year, sales of hard seltzer like White Claw and Boston Beer Co.'s Truly have nearly tripled despite the fact that Americans have drank less alcohol for the third straight year. White Claw has a 55% share of the market. Truly has a 15% share. Competition is knocking on the door – Anheuser-Busch, Molson Coors Brewing, Constellation Brands, and Diageo Plc all have spiked seltzer in stores or in development. Mark Anthony Brands became the fourth largest beer company in the U.S. over the summer thanks to 85% growth. White Claw is expected to come in with close to $4 billion in revenue in 2020.

Von Mandl's company is investing $250 million in new U.S. production facilities for White Claw. The beverage also benefits from a strong social media presence. Comedian Trevor Wallace made a video parodying White Claw drinkers that has been viewed more than three million times and spawned the catchphrase "Ain't no laws when you're drinking Claws."