WhatsApp Founder Takes Most Expensive Moral Stand In History, Walks Out On $850 Million

By Amy Lamare on October 3, 2018 in Articles › Billionaire News

It takes serious balls to walk away from $850 million, but that's exactly what WhatsApp co-founder Brian Acton did when he left Facebook. Four years ago, Acton and his co-founder Jan Koum sold their messaging app to Facebook for $22 billion. Ten months ago, Acton left Facebook to focus on a nonprofit. On his way out the door he took a screenshot of the stock price. When the details of the Cambridge Analytica scandal were revealed, Acton sent out one Tweet saying "It is time. #deletefacebook." He did not explain. His former employers at Facebook were shocked. He hasn't sent another Tweet since. Now, Acton is talking. In an interview with Forbes he discussed the decision that cost him $850 million.

For Acton, it all came down to a clear difference of opinion. Facebook wanted to monetize WhatsApp. Acton and Koum were not opposed to that general concept, but they had a very different way of going about it. Acton and Koum built the end to end encryption for WhatsApp and stood by it. Facebook started to question the encryption and how it might affect showing targeted ads to users or inserting commercial messaging. Acton could not get behind that. So he walked away. 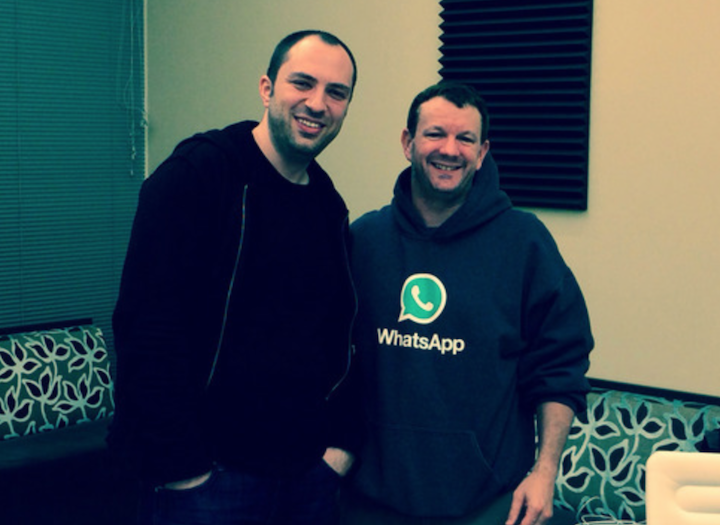 Acton never developed a rapport with Mark Zuckerberg. So he wasn't sure what to expect when he was summoned to Zuckerberg's office last fall after he told Facebook that he planned to leave. Acton and Koum had a clause in their contract that allowed them to get all their stock, which was structured to be doled out over four years, if Facebook began "implementing monetization initiatives" without their consent. To Acton and Koum, it was a clear case of Facebook doing this and ignoring several options they presented.

Acton and Koum were sticklers for protecting the privacy of WhatsApp users. The apps encryption had been integral to their worldwide growth. But that level of privacy didn't sit right with Facebook, which has one of the biggest advertising networks in the world. Acton and Koum hated ads.

Acton said that Facebook decided to pursue two ways of monetizing WhatsApp. They planned to show targeted ads in the Status feature. Acton felt this broke an implied contract with users. Facebook also wanted to sell businesses tools that would enable them to chat with WhatsApp users. Facebook also planned to sell the businesses that got onboard analytics tools as well. The problem was that WhatsApp's end-to-end encryption was in the way. The encryption stopped Facebook (and WhatsApp) from reading messages.

Acton proposed monetizing WhatsApp with a metered-user model. After a certain large number of free messages were used, he thought charging a tenth of a penny for use thereafter was fair. This plan was derailed by Sheryl Sandberg. She didn't think it would scale. To Acton, what she meant is that it would not make as much money as Facebook's plan.

When Acton got to Zuckerberg's office, a Facebook attorney was also there. Acton laid out his case that the disagreement over how Facebook wanted to make money through ads and he wanted to through high volume users violated the contract he had with Facebook. He wanted his full allocation of stock.

Not surprisingly, the legal team at Facebook disagreed. They said that they had only been exploring monetization plans, not implementing them. Acton simply decided not to fight.

When Facebook set out to acquire WhatsApp in 2014, the process was a bit rushed. Zuckerberg had heard that Koum and Acton had been invited to Google for talks and he did not want to lose them to a competitor. So the largest internet deal in a decade was rushed though over a weekend in February in the offices of WhatsApp's lawyers. There wasn't a lot of time to go over the details, like the clause about monetization. In the end, the amount of money Facebook was offering Acton and Koum was an amount they could not refuse. The two founders were told there would be "zero pressure" to monetize WhatsApp over the next five years.

Of course, that was not the case. Before the deal even closed, warning signs started to pop up that Facebook was not so interested in the same end goals for WhatsApp that Koum and Acton were. He discovered that there were plans and the technology to implement them within Facebook to use the 128-bit string of numbers that were assigned to each phone to match that with phone numbers used on Facebook and link the accounts, thereby also identifying who the users behind the encryption were.

Within 18 months of the acquisition Koum and Acton were writing a new terms of service for WhatsApp that linked the accounts. This linking was the critical first step toward monetizing WhatsApp. Facebook was looking to get broader rights to the user data on WhatsApp. Acton and Koum pushed back. A compromise was reached. There wouldn't be any ads for the time being, but Facebook was keeping the accounts linked so that friend suggestions could be presented and also so that its ad partners could receive better targets for ads.

Koum and Acton did what they could to put off Facebook's monetization plans. Snapchat inadvertently helped Acton and Koum with this. During most of 2016, Zuckerberg was obsessed with the threat Snapchat posed. The WhatsApp founders focused on new product features that copied things Snapchat could do. That worked for awhile, but by February 2017, three years after the deal, Zuckerberg was impatient and let everyone know it at an all hands meeting with the WhatsApp staff.

Despite the claim of "zero pressure" for monetization in the first five years, Facebook had actually targeted a $10 billion revenue within five years. Those numbers sounded too high to be achieved in any other way except advertising to Acton.

Acton had left Yahoo a decade earlier over ads. The drive for revenue over a good product experience made him crazy. History was repeating at Facebook. It was time to go. Koum stayed for awhile, barely coming into the office, employing the "rest and vest" option. He left in April. Koum is now focusing on air-cooled Porsches.

Acton is now funding a small messaging app called Signal. The mission of the company is putting users before profit. He works with the people who built the opensource encryption protocol used by WhatsApp, Facebook Messenger, Skype, and Allo. Acton is basically re-creating WhatsApp in the idealized form it started: free messages and calls, with end-to-end encryption and no ad platforms.

Acton has also put $1 billion of the money he made selling WhatsApp to Facebook into philanthropic missions. He's primarily interested in supporting healthcare in impoverished areas of the U.S. and in early childhood development.

Acton also is determined to raise his kids normally. They attend public schools. He drives a Honda Minivan. They live in a relatively modest house. His house is just one mile from Mark Zuckerberg's.