This year there are 234 female billionaires, down from 244 last year. Their total combined net worth is an estimated $927.4 billion, an increase of nearly $30 billion from last year. Of the top 10 richest women in the world, half of them are from the United States. This prompted us to wonder what they were doing with their many billions to help out during the coronavirus pandemic. Good news, these women and their companies are among the biggest contributors to the United States' coronavirus relief efforts. Seven of the top 10 richest women share their fortunes with their families. Two of the women in the top 10 are new to the list this year (there are 19 new female billionaires overall): Julia Koch, David Koch's widow, and MacKenzie Bezos, the ex-wife of Jeff Bezos.

Let's take a look at the 10 richest women in the world, and what their companies are doing for coronavirus relief.

Rinehart is the richest person in Australia through the mining and agriculture company Hancock Prospecting, which she took over from her father, and not only revived a failing business, but made it thrive. Rinehart donated $2.6 million toward the trial of the anti-malaria drug hydroxychloroquine, that President Trump has pushed as a COVID-19 game change. There's no reliable evidence that hydroxychloroquine works and Trump pushing it has caused a shortage of the drug for people who need it to manage their Lyme disease.

Zhong is the chairwoman of Chinese drug maker Hansoh Pharmaceutical which produces cancer, anti-diabetic, psychoactive and other drugs. It is unknown if, let alone how much, Zhong may have donated to battle coronavirus.

Susanne Klatten is the richest woman in Germany. Susanne, her mother Johanna, and brother Stefan own nearly 50% of BMW. She is also the sole owner and deputy chairman of the pharmaceutical company Altana.

BMW announced that it was producing several hundred thousand face masks per day to help stem the spread of COVID-19.

She owns 57% of the Hong Kong-based real estate developer her father founded and chairs and sits on the board of directors. 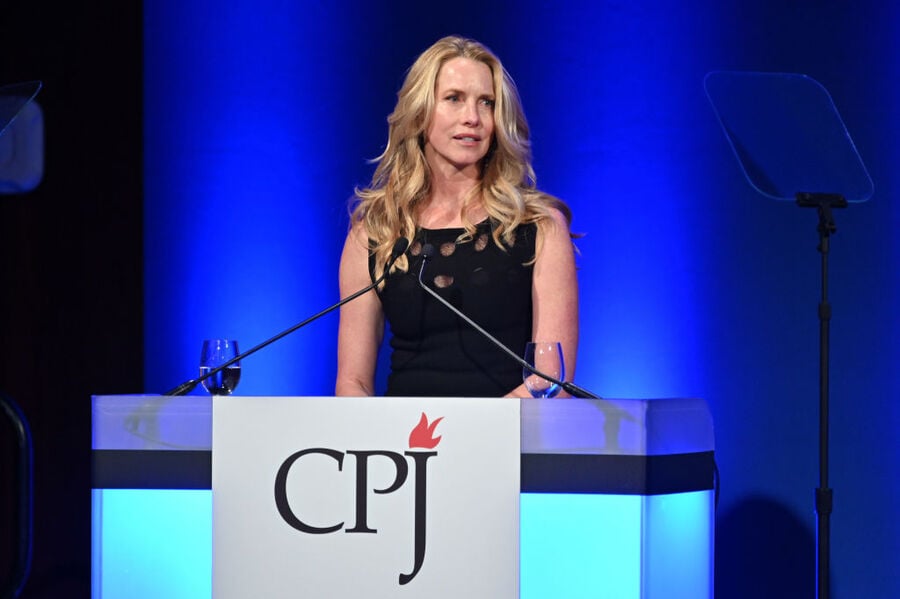 Laurene Powell Jobs is Steve Jobs' widow and the largest individual shareholder in The Walt Disney Company. She is the head of the Laurene Powell Jobs Trust and oversees the 130 million shares she owns in Disney which were left to her by her late husband. She is the founder of the Emerson Collective, which works on advancing education and immigration reform policies, social justice, and environmental conservation.

On April 2nd, Apple announced the formation of America's Food Fund, a collective effort from Emerson Collective, Apple, and the Ford Foundation to provide $12 million in funding to the World Central Kitchen and Feeding America (among others) to provide assistance to people impacted by the coronavirus pandemic.

Jacqueline Mars is the daughter of Forrest Mars, Sr., and granddaughter of Frank C. Mars, founders of the world's largest candy company Mars, Incorporated. Mars is the 15th richest American and fourth richest woman in the world. Jacqueline and her two brothers inherited the candy empire when their father died.

Mars, Inc. has committed $20 million in cash and donations to help people and pets affected by COVID-19, including a $1 million donation to Humane Society International.

MacKenzie Bezos made her debut as a single woman on the list of the world's richest people in 2019. Her divorce from Amazon founder Jeff Bezos, instantly made her one of the wealthiest women in the world. When her divorce became final, she was immediately not just the second-largest-shareholder in Amazon, but also the third-wealthiest in the world.

Jeff Bezos is donating $100 million to more than 200 U.S. food banks via Chicago-based Feeding America to help feed people affected by the pandemic.

Julia Flesher Koch is the ninth-richest person in the world and the second-richest woman in the world. Who? Yeah, she wasn't on our radar either, until recently. She is the widow of Koch Industries' David Koch, who passed away in August 2019 at 79.

Koch Industries and its Family Independence Initiative have raised more than $19 million through the #GiveTogetherNow initiative to provide cash assistance to families impacted by COVID-19.

Alice Walton is one of the richest people in the world. Alice is the youngest child of Sam and Helen Walton. She is the Walton family's biggest philanthropist.

Walmart and the Walmart Foundation have committed $25 million to support organizations on the front lines responding to the COVID-19 outbreak.

L'Oréal's USA division is donating $250,000 to Feeding America and matching additional employee donations of up to $25,000. The company is also manufacturing hand sanitizers that will be provided free to employees and healthcare professionals; donating more than $1 million in personal care and hygiene products to Feed the Children, and donating N95 respirator masks to hospitals.