What Happens To A Business Empire When The Billionaire CEO Becomes Incapacitated?

Sumner Redstone is 92 years old. He has lorded over his empire for decades. He obviously cannot do it forever, but what happens when the longtime CEO – a veritable icon – becomes incapacitated? What will happen to the CBS/Viacom Empire he so painstakingly built? Who will succeed him? It is not going to be easy or calm: there's a storm brewing at Viacom and CBS and multiple parties are stirring the pot with secret deals and backroom shenanigans.

Sumner's physical and mental health has been under scrutiny lately. In fact, Redstone's attorneys recently headed to court in Los Angeles to defend the media mogul against a claim by his former girlfriend, Manuela Herzer. She initiated legal action that claimed that Sumner is a "living ghost" and is mentally incapacitated. As you can imagine, this did not sit well with Sumner's corporate investors.

Sumner's lawyers are asking for the claim to be dismissed. Sumner kicked Herzer out of his home earlier this year, which, coincidentally, paved the way for a reunion with his long estranged daughter Shari. Sumner ended his relationship with Herzer sometime before the middle of October. Prior to that time, Herzer was authorized to make decisions about Sumner's health care, in the event that he became incapacitated. However, on October 16th Viacom CEO Philippe Dauman replaced Herzer as the person authorized to make health care decisions on behalf of Sumner. A hearing over this matter is scheduled for February 8th. 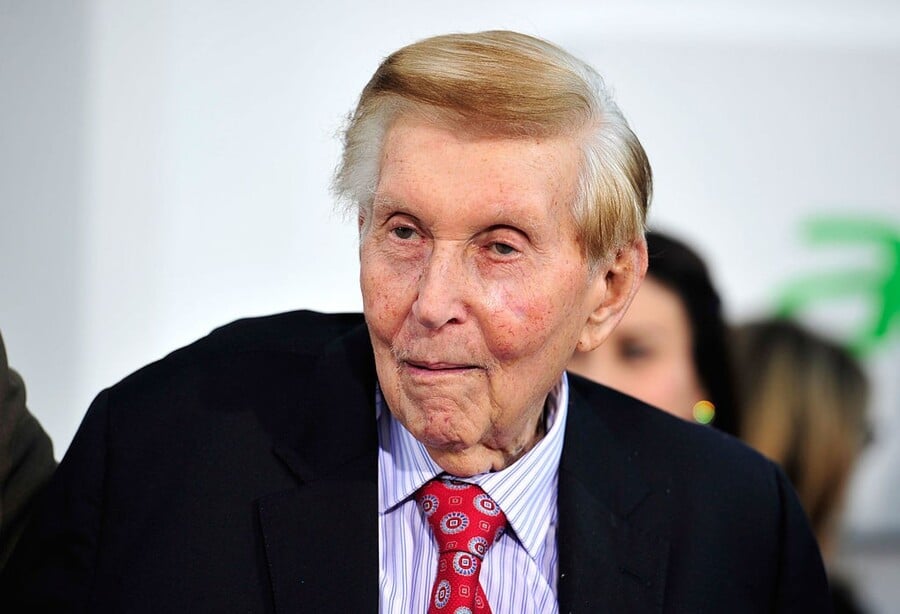 Whether Sumner is incapacitated right now or not is an issue, but it really isn't the big issue. He is 92, and someone has to succeed him at National Amusements, CBS, and Viacom in the near future. Longtime CEOs of CBS and Viacom Les Moonves and Philippe Dauman seem like likely candidates. However, Shari Redstone also has her eye on that particular job.

In 2014, Shari rejected a $1 billion buyout of her 20% stake in National Amusements. The deal would have required Shari to give up her existing right to succeed her father as chairman of Viacom and CBS Corp. when he dies. It would seem that this indicates that Sumner has someone in mind to succeed him and it is not his daughter.

This buyout deal reportedly also contained provisions that stated Shari could not challenge the millions of dollars in gifts Sumner established for Herzer and another former girlfriend, Sydney Holland. Viacom and CBS are controlled through the family's National Amusements holding company. Shari is currently vice chairman of the boards at both Viacom and CBS as well as a managing partner of Advancit Capital, a venture capital fund she founded in 2011.

Also, Shari Redstone has an agreement with CBS's President and CEO Les Moonves that he will succeed Sumner as Chairman of CBS. It is believed that this deal is a private written agreement between Moonves and Shari. She has no such deal with Viacom chief Philippe Dauman. As a result, it appears that Shari and Dauman are heading for a boardroom showdown over Viacom's future. Shari and Dauman are two of the seven members of the board that will oversee the trust that will inherit Sumner's National Amusement shares. This will give Shari, Dauman, Shari's son Tyler Korff, and four of Sumner's attorney 80% of the voting power at both CBS and Viacom.

Les Moonves is NOT a member of the board, which may be why he sought out a secret deal with Shari Redstone. Moonves and Dauman both have very generous severance packages to rely on if someone other than Sumner Redstone is named chairman of their respective companies.

Buckle your seats up, people. Determining who will succeed Sumner Redstone is going to be a contentious, rocky ride that will usher in a new era for the giant media company.