What Exactly Happens To Those Seized Yachts Of Russian Oligarchs?

By Joseph Gibson on March 16, 2022 in Articles › Billionaire News

It's likely you've seen a few headlines about the massive superyachts belonging to Russian billionaires in overseas harbors being seized by various governments in opposition to the recent Russian invasion of Ukraine. Yachts in Italy (most notably Russian billionaire Andrey Igorevich Melnichenko's $538 million Sailing Yacht A and Alexei Mordashov's Lady M, pictured below), France, and the UK have been sanctioned, and in his recent State of the Union address President Biden promised the same for "your yachts, your luxury apartments, your private jets."

But what exactly happens to a seized superyacht? A recent CNBC story tells the tale, which might be a lot more complicated than you imagine. Legally speaking, it's not a simple matter to determine what happens with a seized yacht once an international sanction is imposed. 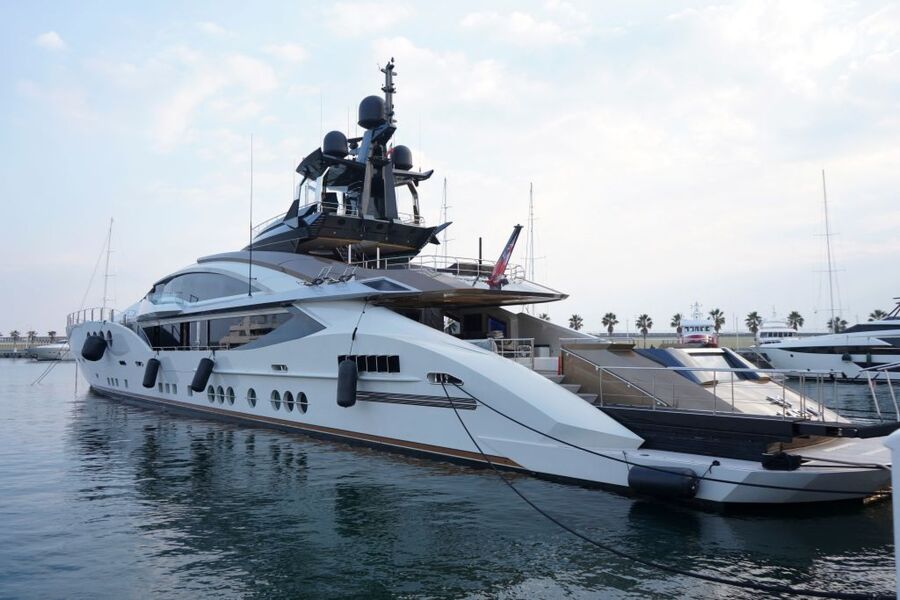 Every country has its own laws governing such sanctions, but many of the current rounds go beyond any legal precedent, which creates numerous challenges for the governments involved. As British lawyer Benjamin Maltby, who specializes in yacht and luxury asset law put it to CNBC:

To actually seize property in this way, governments have to go beyond the usual legal bounds of freezing assets, which means that the property in question remains the property of its owner, but can't be used or sold/transferred in any way to another party. But, in the US for instance, actual seizure of the property requires a warrant, and only then when the property itself is being used for a crime – or "represents the proceeds of illegal activity."

That means that US authorities have to prove in court that a crime has been committed and that the yacht (or apartment, or mansion, etc) has some sort of direct connection to it. That's a legal challenge that goes beyond the scope of simple retaliation against Russia, and as Maltby says many of the billionaires in question could simply "argue 'I acted within the laws that were in place in Russia and in Europe'…There has to be clear evidence of criminality."

Even if such evidence exists, it can take years for the courts to straighten it out, particularly when dealing with "masters of the dark arts of global asset protection," who often own property through shell companies, trust funds, and various family matters in order to limit their own financial or legal liabilities in the event of trouble. Superyachts in particular are as general practice not owned by individuals at all, but by separate legal entities established in countries with robust trust privacy laws. One such craft, the 512-foot Dilbar owned by billionaire Alisher Usmanov, is reportedly registered within the Cayman Islands as belonging to a corporation in Malta. Here's Maltby again:

"The identity of the true owner is not a matter of public record in a lot of these places…So you have to cut through this Gordian Knot of offshore structuring to find out who the beneficial owner is."

Governments are currently attempting to find legal ways around these challenges. In the UK, Parliament is considering a new "fast track" for seizing oligarchs' assets, while in the US there's a bipartisan bill in the works known as the "Yachts for Ukraine Act," which would give authorities the latitude to seize such assets valued at more than $5 million, then sell them and send the proceeds to Ukraine.

Until that happens, these yachts will remain in a sort of legal phantom zone, with the oligarchs in question legally on the hook to pay the sometimes lofty upkeep bills while the cases make their way through the courts. But collecting those funds can present legal challenges of their own.