We are all getting hit hard by the coronavirus, financially, at least. I advise having the willpower to NOT check your 401k right now. But billionaires are getting hit especially hard, especially billionaire NBA team owners. The NBA season has been suspended due to the Covid-19 crisis, but what if it is canceled altogether? The NBA could lose out on $500 million in ticket revenue if the entire season and playoffs are canceled completely. Despite this likelihood, some NBA players have decided to help out the people who would be working in the arenas they play in. New Orleans Pelican Zion Williamson, still a teenager at 19, is paying the lost wages of the people who work at the Smoothie King Arena where his team plays. Cleveland Cavalier Kevin Love and Detroit Piston Blake Griffin each donated $100,000 to out of work arena workers.

While these and a number of other players have stepped up to help arena employees, only a handful of NBA team owners have done the same. Mark Cuban and Tony Ressler, who own the Dallas Mavericks and Atlanta Hawks, have both announced that they would be taking care of the wages of arena employees. The Washington Wizards' Ted Leonsis has done the same. As of mid-March, only about half of the NBA teams had announced that they'd pay arena workers' lost wages. 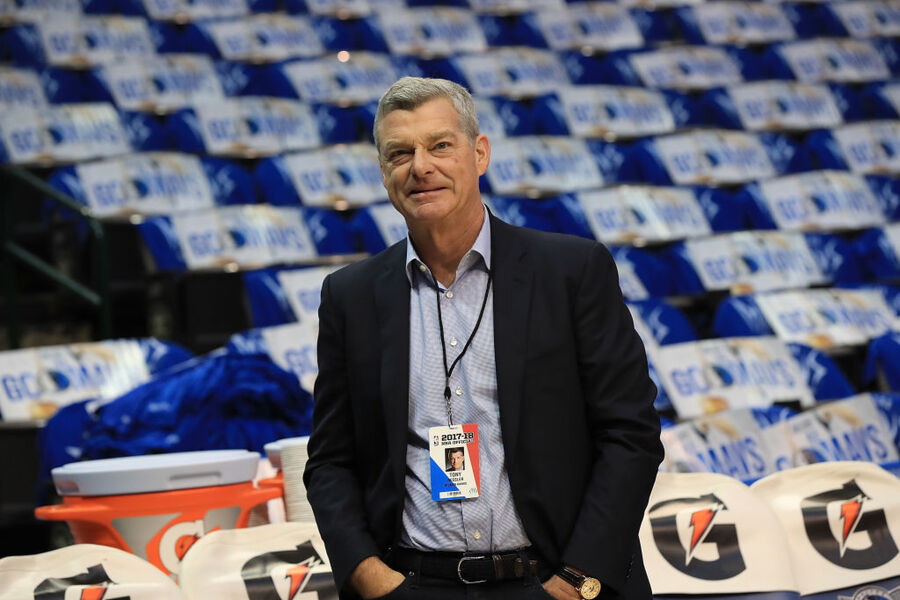 The Atlanta Hawks are worth about $1.52 billion. During the 2018-2019 season, the team had $32 million in gate receipts and ticket sales. Ressler is one of the NBA team owners who is compensating the part-time arena workers for lost wages due to the suspension of the NBA season.

The Cavaliers are worth $1.51 billion and had $69 million in gate receipts and ticket sales last season. In addition to Kevin Love donating $100,000 to event staff, Gilbert announced that the team will be paying their hourly workers as if the games and other events at the arena were still happening.

The Mavericks are worth $2.4 billion and brought in $52 million in ticket sales and gate receipts last season. Cuban is compensating arena workers for lost wages, reimbursing the cost of breakfast and dinner bought at local Dallas restaurants,  and is donating money to help workers who need childcare. One thing is clear, Cuban appreciates the people who work for the Mavericks and cares about the city of Dallas.

The Nuggets are worth $1.6 billion and had $47 million in gate receipts and ticket sales last season. Kroenke also owns the NFL's Los Angeles Rams, NHL's Colorado Avalanche, Colorado Rapids, and Arsenal. Kroenke and his teams have not made plans to compensate the workers for the NBA and NHL teams he owns that have lost income due to the shutdown of the seasons.

The Pistons are worth $1.45 billion. Last season the team had $47 million in ticket sales and gate receipts. As mentioned Pistons player Blake Griffin is donating $100,000. Owner Gores is also paying all Pistons employees, including hourly and part-time staff of Little Caesars Arena during the NBA suspension.

The Clippers are valued at $2.6 billion, making it one of the most valuable NBA teams. Last season, the team brought in $64 million in ticket sales and gate receipts. The Clippers currently play at the Staples Center and share it with the Lakers and the NHL's Kings, the three teams have teamed up to create a fund to compensate part-time and contract workers affected by the postponement of the season. Additionally, Ballmer just spent $400 million cash to acquire the Forum, where he intends to build a new billion-dollar home for the Clippers.

The Grizzlies are worth $1.3 billion and had $22 million in ticket sales and gate receipts for the 2017-2018 season, the last season this data is available. Pera will be compensating all "game night employees" for the lost income due to the canceled games.

The Miami Heat team is worth $1.95 billion and had $70 million in ticket sales and gate receipts in 2018-2019. The Heat announced that their food and beverage service partners, security, housekeeping, and part-time arena staff will be paid during the postponement. The Arison family also donate $1 million to help their part-time employees.

The Knicks are the most valuable team in the NBA at $4.6 billion. The team brought in an astounding $132 million in ticket sales and gate receipts during the 2018-2019 season. Dolan has not announced any plans to compensate Madison Square Garden employees during the suspension of the NBA season.