By Joseph Gibson on February 11, 2016 in Articles › Billionaire News

If your dream is to become a billionaire, but you don't have the rich parents or business acumen required to join that exclusive group, you now have a third option: just ride some statistical waves and hope that everything pans out. You can do this much more easily than you could in the past, thanks to an interactive module from comparison shopping site GoCompare.com, which maps out all kinds of traits shared by the billionaires of the world.

For instance – GoCompare finds that a healthy percentage (24%) of billionaires are college dropouts with no formal degree to their names (47% have their bachelor's degrees, though, so dropping out may not be your best path to billionairehood). Getting married may help, too, since a whopping 88% of the richest 100 billionaires on Earth have a ball and chain, compared to 49% of the general population.

If you're losing your hair – don't worry – the infographic also clearly shows that baldness among billionaires tends to trend close to baldness among everybody else, but glasses are another story, with the percentage of glasses-wearing billionaires hovering well below that of the general population over the last 20 years. Astrological signs, ages, place of residence, and more are all right there for the comparing.

Even if you're not clinging to an unlikely billion-dollar fantasy, the Billionaire's League infographic from GoCompare is still pretty fascinating to play with, especially if you're interested in the often-significant gulf between popular opinion and cold, hard statistics. One example is the idea of the self-made billionaire, which one might get the impression is on the rise thanks to internet startups and social media, but which is actually on a steady decline since 2008 (owing possibly to the financial crisis that year). Olympic-style national competition gets a shout-out too, and American patriots may be happy to know that the United States gets the gold medal for number of billionaires at 40, with silver and bronze going to Russia and Germany. 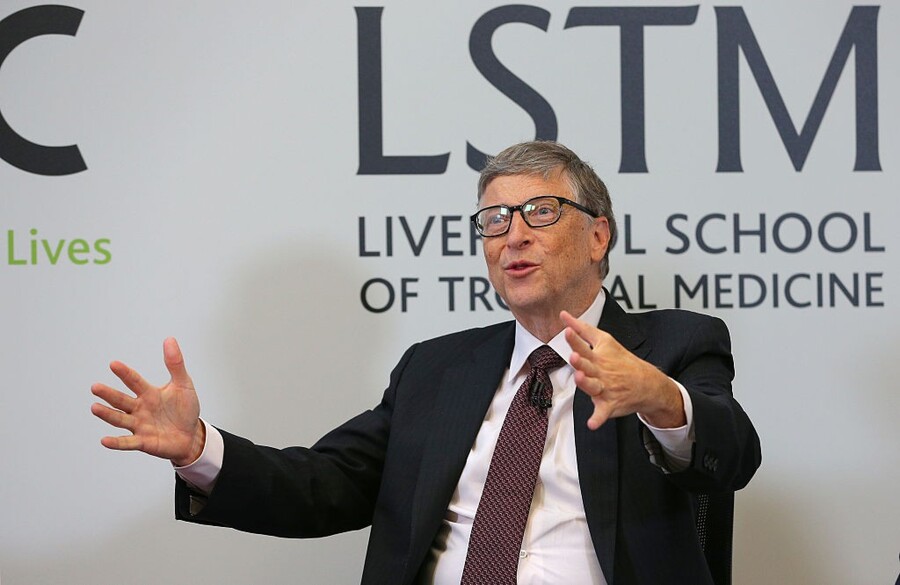 On a more individual level, one graph within the comparison tool deals with "Fighting for the Top Spot" in the billionaire net worth department. This illustrates the race between Bill Gates, Warren Buffett, and Carlos Slim for the title of Richest Person in the World, which Bill Gates recently reclaimed after dropping behind for a while. And he did it while being a college dropout who wears glasses – a true iconoclast.