By Amy Lamare on January 11, 2021 in Articles › Billionaire News

Dan Snyder, the owner of the football team formerly known as the Washington Redskins, is accusing one of the team's minority owners of launching an extortion campaign against him. He's also denying any culpability for the sexual misconduct allegations a former female employee made against him in 2009. Recently, the "Washington Post" reported that the team paid a former female staffer $1.6 million as part of a top secret court settlement after she accused Snyder of sexual misconduct while aboard his private plane in 2009.

Court documents filed by the Washington Football Team's three minority owners revealed the allegations and settlement agreement. The owners are embroiled in a fierce battle over the attempted sale of their share. Snyder filed a declaration two days later accusing minority owner Dwight Schar of attempting to "smear" Snyder in an "effort to gain leverage in this business dispute." Snyder went on to say that the court filing made by the minority owners included "irrelevant and spurious material" that gave the misleading impression that there was no merit to the allegations of sexual misconduct. Snyder also accused Schar of leaking information to the "Washington Post" through one of Snyder's former assistants. Snyder also made sure to point out that "no evidence of wrongdoing was found after an investigation by a well-respected law firm" into the allegations of sexual misconduct against him. 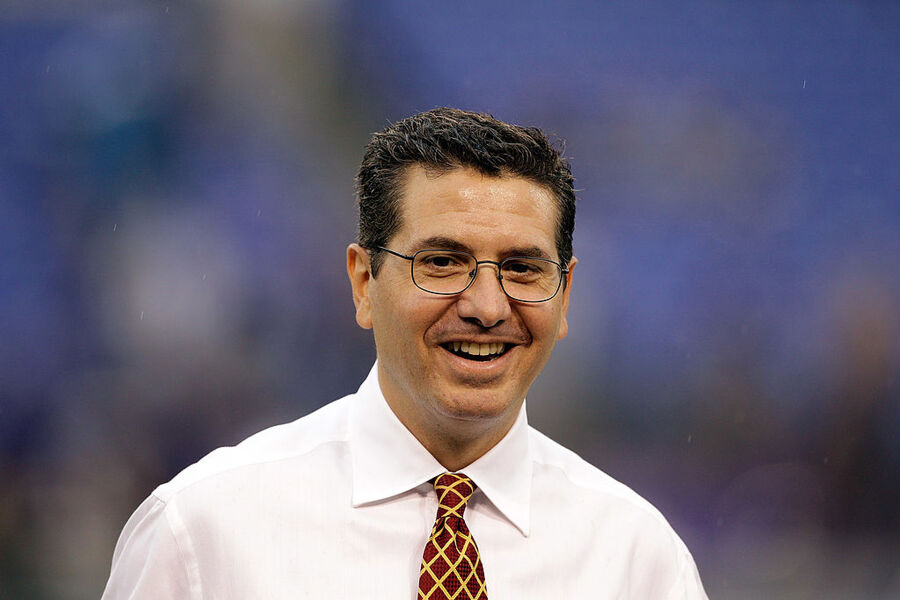 Snyder and his sister founded Snyder Communications, an advertising company in 1989. They expanded the business to all aspects of outsourced marketing, proprietary product sampling, sponsored information displays, call centers, field sales, and telemarketing. The company went public in September 1996. At the time of the IPO, 32-year-old Snyder became the youngest CEO of a New York Stock Exchange listed company (up to that point). In 2000, Snyder sold the company to French firm Havas for $2.5 billion.

Snyder purchased the Washington Redskins in May 1999 for $800 million. At the time that was the most expensive transaction in sports history. After Snyder became owner, annual revenue increased from $100 million to around $245 million, and in 2007, the Redskins were the highest grossing team in the NFL primarily because of the sponsorship arrangements as well as a $207 million deal with FedEx for the stadium's naming rights. While financially he has been a success, he has received a considerable backlash due the team's losing record since Snyder purchased the team.

Over this past summer, allegations surfaced that 15 former female employees of the Washington Football Team claimed they had been victims of sexual harassment or verbal abuse during their time with the team. The day the allegations were published, Snyder released a statement saying that sexual harassment and verbal abuse had no place in his franchise. He hired a high profile Washington, DC law firm to conduct an investigation into the allegation. Following that, 25 more women came forward with similar allegations against Snyder's organization. The investigation into the allegations is not finished yet.

There is a hearing scheduled for January 7, 2021 to go over the accusations that Schar leaked information to the meeting.