Warren Buffett Has Very Simple Answer To The Question "How'd You Get So Rich?!?!"

By Joseph Gibson on November 23, 2015 in Articles › Billionaire News

I would imagine that when you're a billionaire like Warren Buffett, people are always asking you how you got to be so rich. He's probably been asked this question so many times that he's sick of answering it, which may be one explanation for his surprisingly simple answer to the most recent person to ask him the billion-dollar question: Motivational speaker Tony Robbins.

Robbins had the chance to relay his conversation with Buffett on a recent episode of The School of Greatness, his motivational podcast. In the episode, Robbins says he asked Buffett the question "what made you the wealthiest man in the world?" Here was Buffett's answer, as relayed by Robbins:

"And he smiled at me and said, 'Three things: Living in America for the great opportunities, having good genes so I lived a long time, and compound interest.'"

It's a typically modest answer for Buffett, who has long rejected notions that other billionaires hold dear, like hard work and intelligence being the only factors necessary to acquire wealth. But even though it's obviously a slightly tongue-in-cheek answer to the question, time and compound interest are both important factors in Buffett's own personal fortune of at least $62 billion. 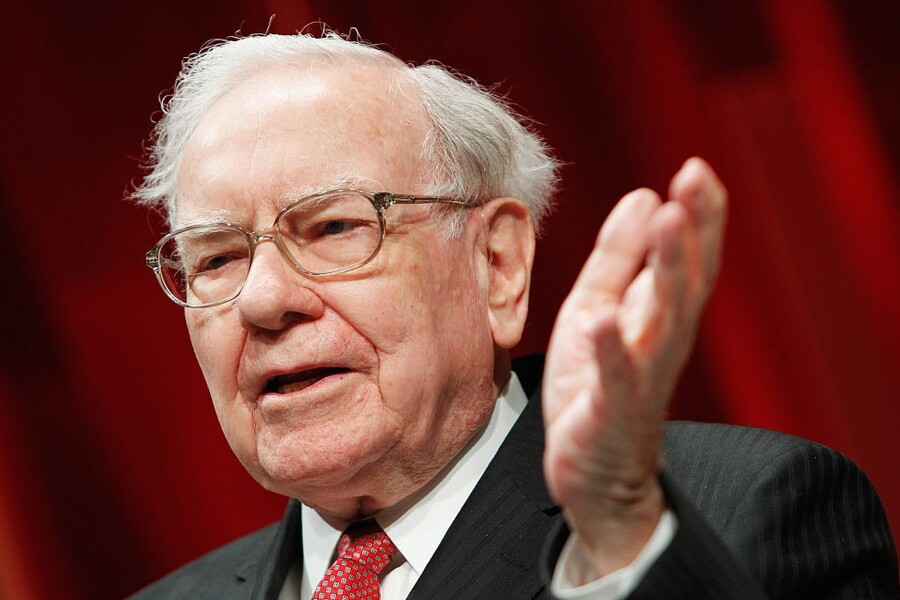 A more telling question Robbins might have asked Buffett could be "why aren't you even richer?," which I imagine Buffett would answer with a little bit more relish. That's because the answer would have a lot to do with his famous "Giving Pledge," which he has made his own personal pet cause. The Giving Pledge is a promise made by Buffett and a bunch of other billionaires to give away at least half of their own net worth to charity either before or after they die, as a way to give back to their communities and various other causes. According to one recent estimate, if it weren't for the Giving Pledge and his other philanthropic endeavors, Buffett could be worth as much as $102 billion today.