By Brian Warner on February 15, 2022 in Articles › Billionaire News

Over his multi-decade investing career, Warren Buffett has earned many accolades and impressive feats of wealth. He made his first million before turning 30. On the day he turned 40 in 1970, his net worth was $25 million. That's the same as around $290 million today after adjusting for inflation. He became a billionaire for the first time at the age of 56 in 1986. He has continuously been one of the 10 richest people in the world since the late 1990s.

Unfortunately there's one title Warren Buffett has never been able to achieve.

Warren Buffet – a man many consider the greatest investor in human history – has never been the richest person on the planet. Not for a day. Not for a few hours. Not even for a few minutes. By our tracking, the closest he's ever gotten is #3 back in 2009, when he trailed Carlos Slim Helu and Bill Gates.

Even today, with Berkshire Hathway's stock price at an all-time high, Warren's net worth of $117 billion makes him just the seventh richest person on the planet.

At today's market close, Elon Musk is the richest person in the world with a net worth of $226 billion. That's $109 billion richer than Mr. Buffett.

BUT! We do need to add a little caveat…

For the first time in history, as I type this article right now, today Warren Buffett should be the richest person in the world. What happened? How did Buffett blow his shot?

He gave too much money away! 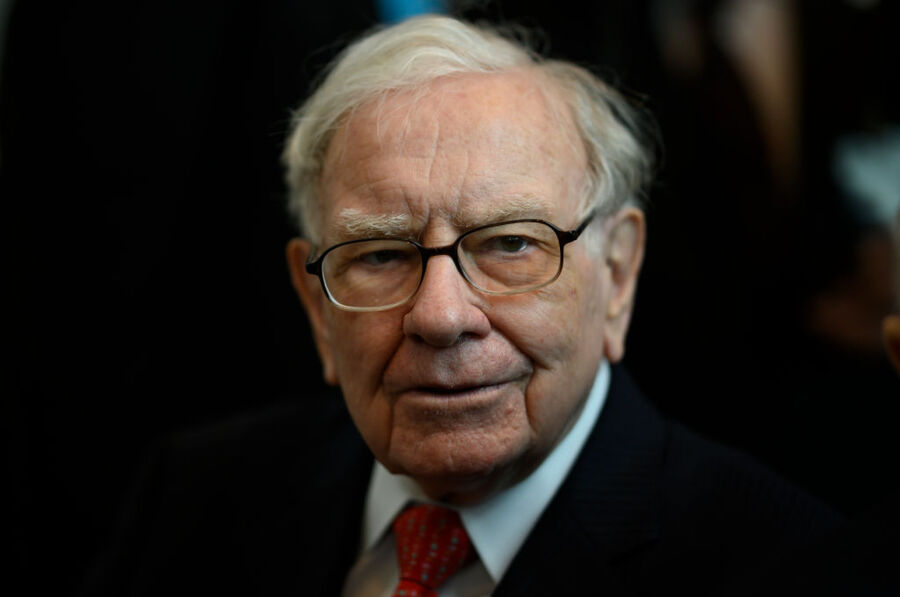 Back in 2006, Warren stunned the world when he announced his intention to give away at least 85% of his personal wealth. That percentage has since grown to 99%.

And Warren isn't waiting to give his fortune away after he dies. Over the last 16 years since his 2006 announcement, Warren has given away a rather insane amount of money.

Since 2006 Warren has already donated $110 billion worth of his Berkshire Hathaway shares. He has made direct donations or transferred the shares to charitable foundations, notably The Bill and Melinda Gates Foundation.

If you're quick with math you may see where I'm headed…

Had he been more like Jeff Bezos, Elon Musk, Steve Jobs and the Google guys – billionaires who have given away tiny fractions of their fortunes – today Warren would be the richest person in the world.

Elon Musk's net worth has actually decreased more than $40 billion since January alone. His current $226 billion fortune is the lowest it has been in over a year.

Warren's current $117 billion net worth PLUS his donated $110 billion, would give him a net worth of $227 billion. That would make him the richest person in the world today, topping Elon Musk by $1 billion.

These exact circumstances have never existed before. In early November Elon Musk was worth $340 billion at a time when Warren was worth around $105 billion. So at that point, even if he still had his donated $110 billion, Warren's $225 billion net worth would have been $115 billion shy of the top spot.

But there's actually one more caveat.

Had Jeff Bezos never gotten divorced, today he might still own 80 million shares of Amazon. Amazon closed today at $3,103. At that level, today Jeff Bezos could have been worth around $248 billion today which would make him the richest person on the planet.