By Joseph Gibson on October 7, 2018 in Articles › Billionaire News

As far as I know, Warren Buffett and LeBron James have never gone head to head on the court. But James has earned Buffett's respect in a different way, according to a recent USA Today interview with the latter, in which he says he believes that James has talent far beyond basketball, even going so far as to praise what he calls his "money mind." Buffett explains what he means by "money mind," as well as how it applies to what he's seen from James:

"People really do have minds that function better than other people's in certain areas that you can't give a test for … And LeBron, in addition to a lot of other talents, he has a money mind. And he gets stuff."

Buffett's on pretty sure footing there, since James has earned an estimated $765 million since going pro back in 2003. Last year, he saw an investment of $1 million in new pizza chain Blaze Pizza give a return of $25 million, and according to Buffett, shrewd investments like that aren't a product of dumb luck:

"He can separate out the cream from the crap, and you get more of the latter proposed to you than you do of the former … You really have to be able to suss it out." 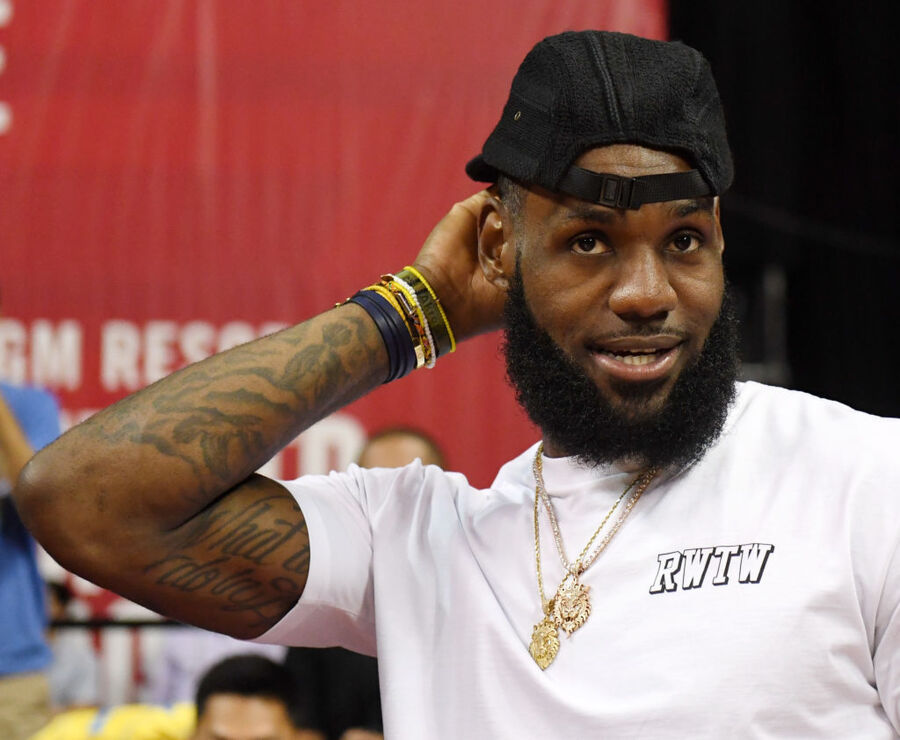 Buffett says he spoke with James back when he turned pro, and the two have remained sporadically in touch in the years since. And of course, since no money mind is a money mind alone, Buffett also has an opinion on James' decision to leave Cleveland for LA:

"I was glad to see him go back to Cleveland (from Miami in 2014) … To deliver that championship to Cleveland, you know, it was great. It was one hell of an achievement and I'm glad it happened.

"But in terms of where effectively, what kind of a group works best, and everything, I'm sure he made a good choice (signing with the Lakers) and he'll bring a lot to anything he does. He's got a lot more talent than is shown on the basketball court."