Warren Buffett Is The New Face Of Cherry Coke… In China

Warren Buffett is known for a lot of things. He's a billionaire investor known as the "Oracle of Omaha." He is one of the founders of the Giving Pledge; he is famously frugal; he is known to eat ice cream for breakfast and he loves his Cherry Coke.

Coca-Cola announced that a cartoon portrait of Buffet would be appearing on cans and bottles of his favorite beverage. The business tycoon is the largest investor in Coca-Cola and has a legendary reputation in China.

Buffett is not being compensated for the use of his grinning visage on the limited edition cans and bottles of Cherry Coke. Photographs of him taking a drink of Cherry Coke have been taken on numerous occasions. This has earned the 86-year-old investor the title of "best-known fan" from Coca-Cola's CEO. 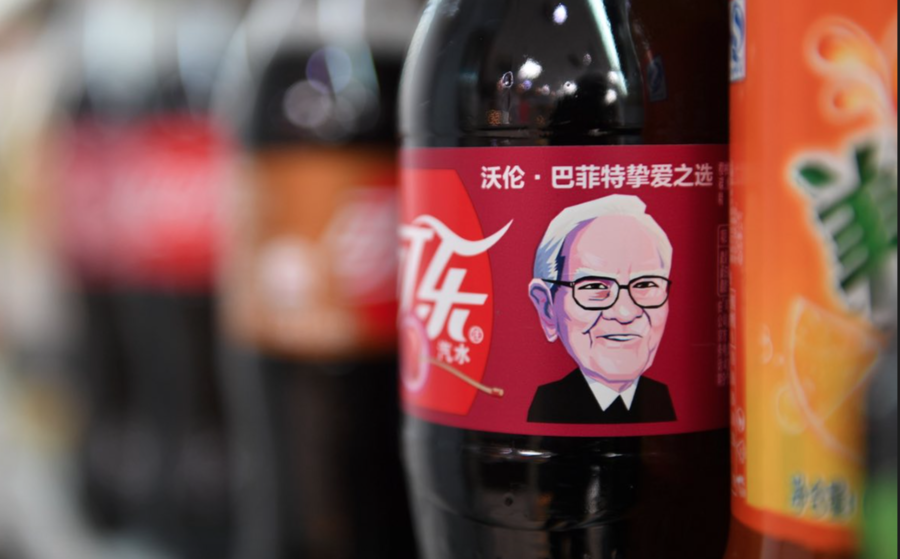 Warren Buffett is very admired in Communist China. Thousands of Chinese investors went to Berkshire Hathaway's annual meeting last year. The meeting was live streamed around the world in English, however it was only translated into one language – Mandarin.

He invested in Coke in 1985 and admitted in his shareholder's letter last year that he consumes enough Coke and candy "to satisfy the weekly caloric needs of an NFL lineman."

Buffett's Berkshire Hathaway is the biggest shareholder in Coca-Cola with a 9.3% stake valued at roughly $17 billion.  Warren Buffett has a net worth of $75 billion.