By Joseph Gibson on August 10, 2016 in Articles › Billionaire News

Early last week, the Hillary Clinton campaign enlisted yet another famous billionaire to introduce Clinton and criticize Donald Trump, presumably under the rationale that Trump is incapable of responding to insults from people who are wealthier than he is. This time, instead of Mark Cuban, it was Warren Buffett, who spoke at a rally for Clinton in his hometown of Omaha, Nebraska.

The Democratic Party, historically, is not the American political party associated with billionaires. But it would be incorrect to characterize Warren Buffett's support of Hillary Clinton as some kind of Trump-induced anomaly, since the investment billionaire is famous for leaning left in his political inclinations and indeed endorsed Hillary Clinton way back in December. But the appearance represented a new, higher-profile level of participation for Buffett, who spent much of his time attacking Trump for his refusal to release his tax returns, stating that he has "something to hide" from the American people about his true abilities as a businessman. 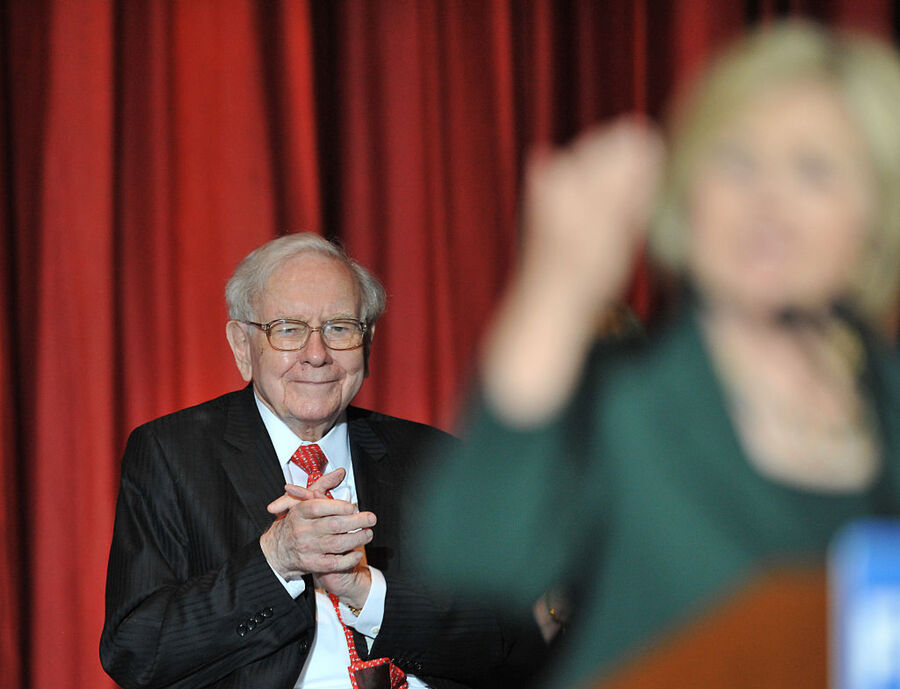 Followers of the Trump campaign know that it's his purported skills as a businessman that supposedly make him qualified to hold the most important political office in the world, so you can see why an attack on those same skills from such a well-known investment expert as Buffett would be a desirable weapon for the Clinton team. Buffett also mentioned Trump's controversial claim to have made sacrifices for his country over the course of his real estate career in response to Khizr Khan's speech at the Democratic National Convention:

"How in the world can you stand up to a couple of parents who lost a son and talk about sacrificing because you were building a bunch of buildings?"

Warren Buffett is known as the "Sage of Omaha," so his input as Clinton tries to fight in traditionally conservative Nebraska is a no-brainer. The New York Times covered the rally and reported around a thousand attendees to see Clinton and Buffett, among them Republican Jim Magill, a retired Air Force chief master sergeant who's supporting Clinton and was quoted with some strong anti-Trump words:

"It was deplorable somebody would say anything like that about a veteran who died for his country to his parents. He should have been slapped."

Nebraska is one of only two states in the US that allocate electoral votes according to congressional districts and not simply the statewide majority vote, giving Nebraskans a special ability/responsibility at the polls. President Obama won a single Nebraskan electoral vote in 2008, but lost it in 2012 to Mitt Romney – but it's clear that with Warren Buffett's help, Hillary Clinton hopes to do a little better in the state.