Warren Buffett: How The Famously Frugal Billionaire Spends His Money

By Joseph Gibson on October 25, 2018 in Articles › Billionaire News

As billionaires go, Warren Buffett has grown famous for the frugal, anything-but-lavish lifestyle he leads. That means that there aren't too many fireworks in an article like this one, but it can still be interesting to see how one of the richest people in history does choose to spend his money.

You can see Buffett's attitude towards spending starting with the house he lives in. It's a comfortable but relatively modest Omaha home he reportedly bought way back in 1958 for about $31,000. Today, it's estimated to be worth about $650,000, and it's still the only primary home he owns despite having a net worth of more than $86 billion.

He has allowed himself a Laguna Beach, California vacation home, though. He bought it in 1971 for $150,000, but he's evidently got no more use for it, since he's selling it for a little under $8 million.

Buffett's dining habits reflect this almost perverse obsession with an everyman lifestyle. He claims to eat a McDonald's breakfast every day, usually spending about $3.18 on his order. Then there's his Coca Cola habit – he says he drinks about five Cokes a day, which is probably a little more than the average person but still basically affordable. 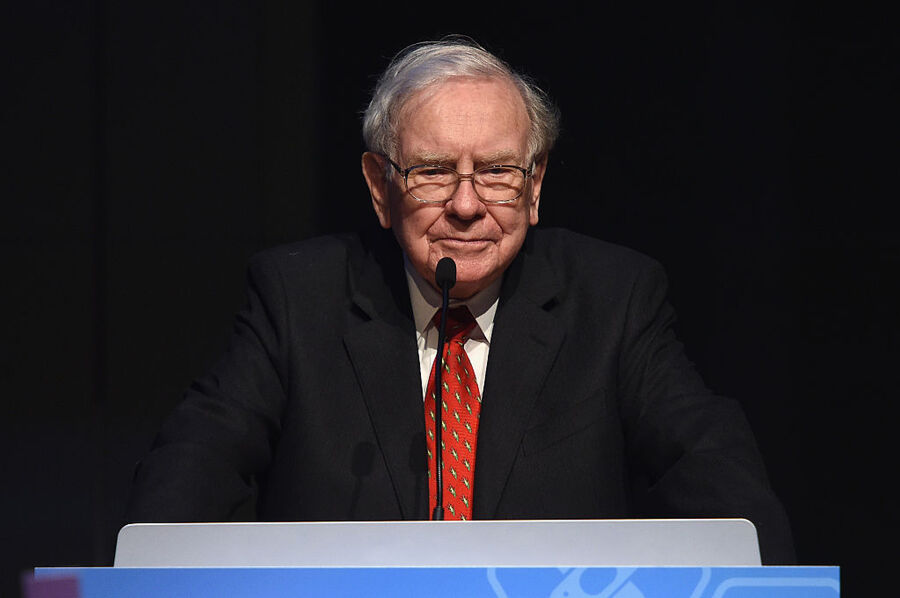 Once at a Q&A, Buffett explained why despite his billions he doesn't belong to any ultra-exclusive country clubs:

"I'm a member of every golf club that I want to be a member of […] I'd rather play golf here with people I like than at the fanciest golf course in the world."

Besides golf, his other most loved hobby is an extremely cheap one: He's a devoted bridge player, devoting about 12 hours a week to the game (all that costs money-wise is what you pay for the cards and the table!). His main other leisure activity is reading, he says he spends about 80 percent of the day chipping away at the "disgusting pile" of unread books in his home.

At one point, Buffett told CNBC that "the only thing that I do that costs a lot of money" was the ownership of his private jet.

It's said that 99 percent of Buffett's net worth is directly tied to his Berkshire Hathaway firm, and that he continually invests the remaining one percent. He's purchased stock in companies like Wells Fargo, Seritage Growth Properties, JPMorgan, and more. But it's his prolific philanthropy that tends to get the most headlines, having given an estimated $46 billion to various causes since 2000. Of course, that doesn't count the many billions more in giving he's encouraged through his famous Giving Pledge, started in conjunction with Bill and Melinda Gates. He repeatedly claims to want to give away virtually all of his net worth to charity when he dies, however he is reserving $2 billion each for his three kids: "Enough money so that they would feel they could do anything, but not so much that they could do nothing." It's a somewhat surprising attitude for someone of Buffett's spending habits to think that $2 billion isn't more than enough to do nothing!

As you might expect, Buffett has expressed no regrets at the way he's chosen to spend, and not spend, his money. In a CNBC interview, he once put it like this:

"My life couldn't be happier. In fact, it'd be worse if I had six or eight houses. So, I have everything I need to have, and I don't need any more because it doesn't make a difference after a point."

So next time you're at a McDonald's in Omaha, Nebraska, you might see Warren Buffett treating his friend Bill Gates to lunch — and paying for his order with a coupon.