Warren Buffett Credits His Diet For Longevity And Happiness – And You Won't Believe What He Eats!

The Oracle of Omaha has amassed an epic $60 billion fortune over the course of his career. However, when it comes right down to it, 85-year-old Warren Buffett admits he has a sweet tooth and it is Coca-Cola, fudge, and peanut brittle that have kept him happy for nearly nine decades. Warren Buffett is a self-admitted junk food junkie and he has no plans to clean up his eating habits.

Buffett's Berkshire Hathaway owns a nine percent stake in Coca-Cola, which makes it the biggest shareholder of the soft drink giant. Buffett claims that one quarter of his daily caloric intake comes from Coke. He drinks five cans of Coke a day and credits the beverage and other sweet treats with making his life so enjoyable.

The billionaire told Yahoo Finance: "I happen to elect to consume 700 calories a day of Coca-Cola… I think Coke is a marvelous product."

He also said he has never seen any evidence that he'd live a longer or happier life is he drank water and ate broccoli, saying: "I really wish I had a twin, and that twin had eaten broccoli his entire life. I know I would have been happier, but I think the odds are I would have lived longer." 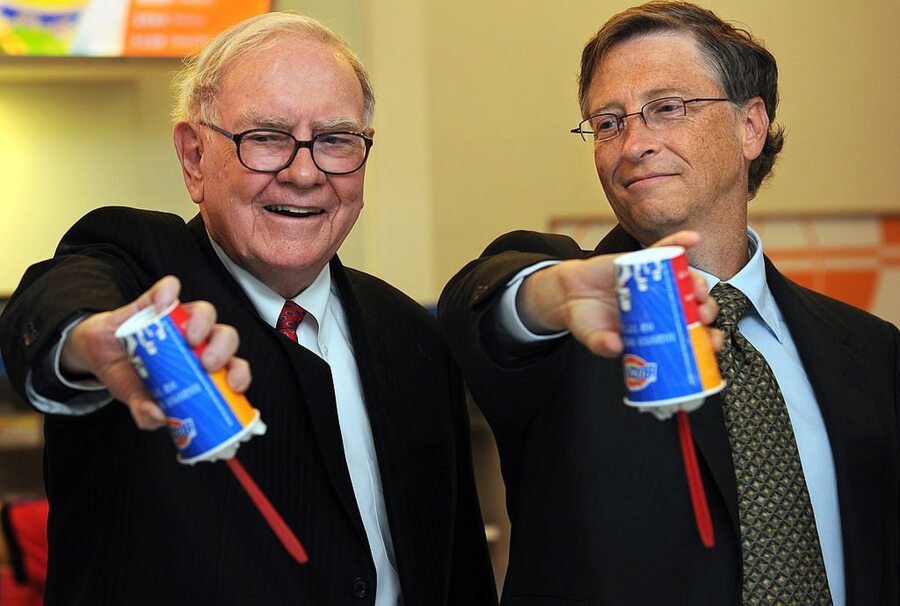 The billionaire doesn't think it is right to blame Coca-Cola for the obesity epidemic in the United States. He believes that everyone has a choice whether to take in more calories than they need. Coke isn't forcing their sugary soda down anyone's throat. (At least now that the beverage no longer contains actual cocaine, that is!)

For the record, Buffet has one of his five Cokes a day for breakfast. He prefers the original flavor when he is at work and Cherry Coke when he is home. He often pairs his Cherry Coke with potato chips.

Buffett's junk food obsession is strange enough as it is. The octogenarian has been known to have chocolate chip ice cream for breakfast. This man knows how to live!

In an interview with Fortune Magazine, Buffett said: "I checked the actuarial tables, and the lowest death rate is among six-year-olds. So I decided to eat like a six-year-old. It's the safest course I could take."

Junk food isn't the only thing that Buffett credits with his overall happiness and life satisfaction. He said that one of the keys to his happiness and success was avoiding envy.

Buffett loves his work and despite his diet, is in good health. He has no plans to retire anytime soon.