Wang Jianlin Dismantling Empire–But Is It By The Force Of The Chinese Government?

For the past several years, Chinese billionaire Wang Jianlin's name has made the headlines pretty often. He's been on a buying spree and expanding his empire by leaps and bounds. He often boasted about his business and had grand plans to build a theme park in China that would put Disney's park out of business. He purchased Legendary Entertainment for $3.5 billion. He bought the Ironman triathlon brand. He had his hands in pretty much everything. Now, all of that is changing. Wang is slowly, bit by bit dismantling his empire. But why? Is the Chinese government putting pressure on him? After all, they've shown a reticence to let any one private citizen accumulate too much power or have too many overseas investments. And Wang, through his Dalian Wanda Group, controls a lot of businesses in China and abroad.

Pressure from the Chinese government to reduce the number of investments that its citizens have abroad may be what is leading Wang to sell off parts of his empire. He has pulled out of a number of his Australian projects. 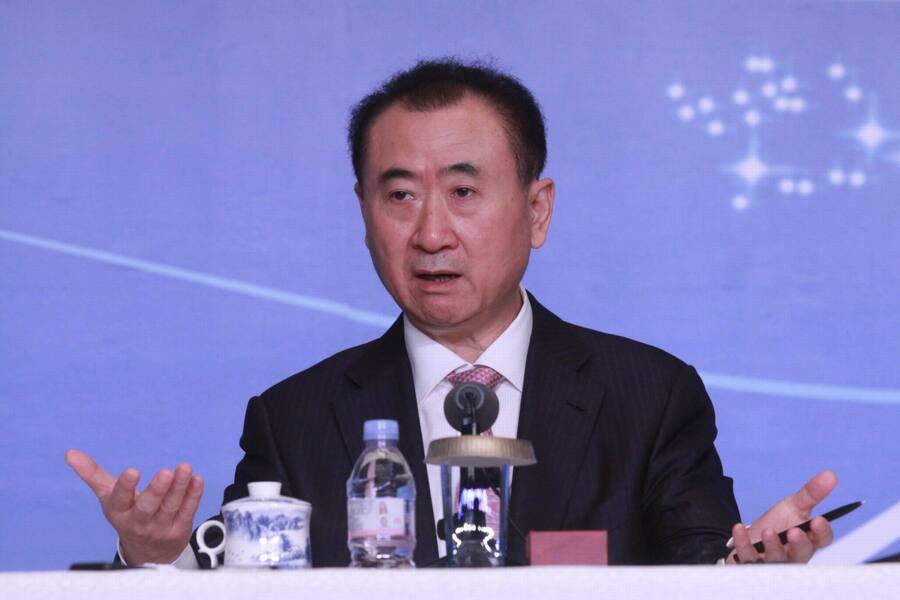 Wang also recently sold his stake in the London hotel project One Nine Elms for $50 million. Last year, he pulled out of the larger development where the hotel is located, Nine Elms Square. As a result of this and the Australian sales, shares of Wang's Wanda Hotel Development Company have been suspended on the Hong Kong Stock Market pending more details on what is going on with the company.

It may appear that Wang is just divesting himself of some far flung properties, but the fact remains that the Chinese government is cracking down on large, debt-ridden  investments abroad by big names like Wang Jianlin and his Wanda Group.

Back in August Chinese officials announced that they were limiting overseas investments by Chinese companies in real estate, hotels, entertainment, and sports. Wang Jianlin's companies are heavily invested in all of those sectors.

Wang has a high profile, expensive real estate projects in Los Angeles, Chicago, and Istanbul, among others. He has also spent a ton on sports and entertainment businesses such as the popular Spanish soccer team Atletico Madrid and the aforementioned Legendary Entertainment.

Basically, Wang's selling off of overseas properties is a sign that his international ambitions are clashing with the Communist Party's agenda. Wang's $1 billion deal to buy Dick Clark Productions, the producer of the Golden Globes and other awards shows fell apart. At the time, it seemed odd that Wang would back out, given his energetic buying spree. Now we know that it is pressure from the Chinese government that has curbed his ambitions.

Wang has shifted his focus to his Chinese investment and noted at a recent annual meeting for employees that 93% of the company's assets are in China. Previously, he had never called out the company's division of assets in this way. He also mentioned that the company would continue to sell off international projects. At last year's meeting, Wang was excitedly telling employees about all of the company's overseas acquisitions and its plans to buy more.

In his efforts to please the Communist party (which, let's face it, is crucial to his existence), he has also sold several theme parks and hotels in China for roughly $9 billion. The theme park sales are particularly interesting considering that just a year ago Wang was vocal about his plans to beat Disney at its own business in China.

It must be hard to be a capitalist entrepreneur in a Communist country.