In Vladimir Putin's Russia, You Either Agree With Him Or You Lose Your Life

By Amy Lamare on February 24, 2017 in Articles › Billionaire News

You don't want to get on the wrong side of Vladimir Putin. If you do, the chances of going missing or turning up dead are pretty likely. It may seem like Putin's rise to power and prominence on the world stage was swift – after all, we've all heard his name repeated again and again during the U.S. Presidential campaign and since Donald Trump took office. Many people across the U.S. are just waking up to the fact that Vladimir Putin and the Kremlin pose a viable threat to the U.S. and Western democracies, but Putin has been building his reputation for ruthlessness for decades.

Vladimir Putin was born to a working class family in Leningrad in 1952. He is an only child. Young Vlad loved spy novels and television shows. When he was a young boy, he turned up at KGB headquarters. He wanted to be prepared. He wanted to know what it would take to join the infamous intelligence agency. The KGB officer told him to work hard and study the law. So that's just what he did. He went to Leningrad State University and then spent 17 years as a mid level agent in foreign intelligence. 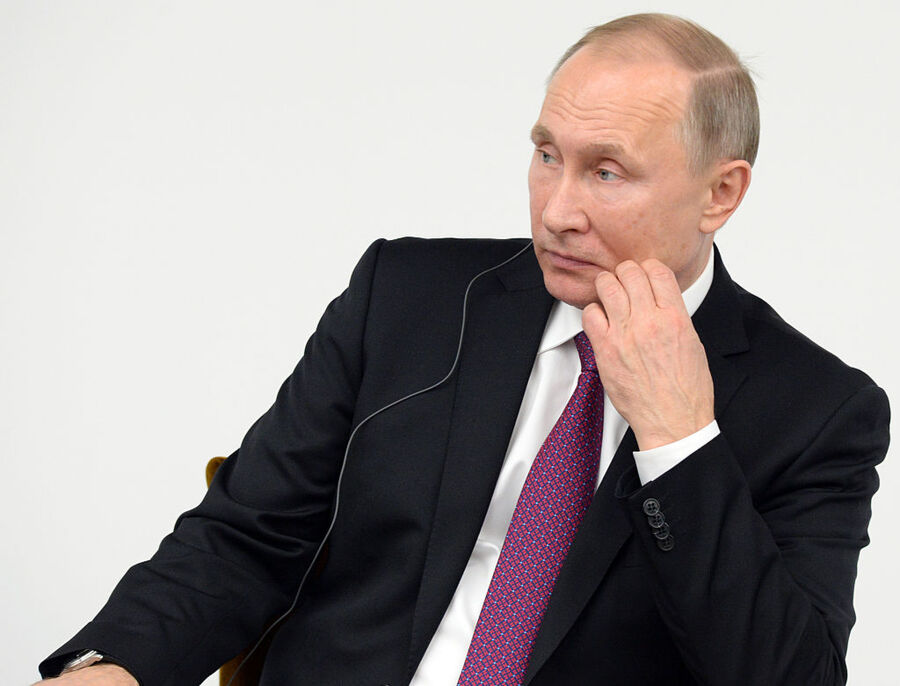 To understand what motivates Vladimir Putin, you have to understand the world he grew up in. He grew up in the era of the USSR saw it as strong and impenetrable. In 1989, he faced a moment that set him on the path to becoming the ruthless leader he is today. He was in Dresden at an anticommunist rally formed outside of the KGB offices. Putin and the other agents were told they must wait for word from Moscow before acting. However, no word from Russia ever came. Suddenly, it became clear to Putin that the USSR had become weak. Of course, just two years later in 1991, the USSR dissolved.

By that time Putin had left the KGB and was back in Leningrad, only now it was called St. Petersburg. He went to work for his former college professor Anatoly Sobchak, who had become the first democratic mayor of the city. Sobchak had a strong authoritarian streak. Putin was his behind the scenes man who knew how to get things done.

In 1996, Vladimir Putin moved to Moscow where he took a job with the FSB, the agency that succeeded the KGB. He rose through the ranks quickly and in 1998 he was made the head of the FSB. In 1999 Boris Yeltsin made Putin the prime minister of Russia. In Russia, the prime minister is the second highest ranking government official and reports only to the president. Later that year, Yeltsin stepped down and named Putin the acting president. He then went out and won the election outright in March.

Putin took over the presidency of Russia during a complicated time. The country was mired in the conflict with Chechnya and oligarchs were attempting to expand their political influence—which Putin saw as a direct threat to his presidency. So, Putin struck a deal with them—he told the oligarchs that he would not interfere in their business or renationalize state resources as long as they stayed out of politics and did not criticize or challenge his presidency.

Then a strange thing began happening. People who were publicly critical of Putin and his government started getting murdered.

In 2003, a Russian politician named Sergei Yushenkov was shot dead as he tried to gather evidence proving the Putin government was behind the bombing of a residential apartment block.

In 2004, Putin was elected to a second term as president. It was during this time that he began his crackdown on the media. Paul Klebnikov, an American journalist of Russian descent, was killed outside his Moscow office in a drive-by shooting. He was the editor in chief of the Russian edition of Forbes magazine. He had published a list of the country's richest people and written about corruption and the personal lives of wealthy and prominent Russians.

In 2006, a journalist named Anna Politkovskaya was murdered in the lobby of her apartment building by a contract killer. She had written about corruption in the Russian army during the Chechnyian conflict.

A few weeks after Politkovskaya's murder, an FSB defector named Alexander Litvinenko was poisoned in London by Kremlin assassins with a radioactive cup of green tea.

In 2008, Moscow attorney Sergei Magnitsky alleged there had been a $230 million theft from the Russian treasury sanctioned and carried out by government officials. He was arrested, imprisoned, and denied medical attention. Then, one week before the expiration of the one-year term during which he could be legally held without trial, he died under mysterious circumstances. Many believe he was murdered. His case caused international outrage and led to the adoption of the Magnitsky bill by the US government at the end of 2012 which states that the Russian officials believed to be involved in his death were barred from entering the United States or using its banking system.

Despite all of this, Vladimir Putin was a popular president in Russia.

In 2008, Dmitry Medvedev was elected president and made Vladimir Putin the prime minister. Shortly thereafter, the global financial crisis hit. During Putin's first two terms as President the GDP of Russia increased 70%. Putin's Russia relied on the country's oil industry for its profitability. The price of oil plummeted and the Russian economy was hit hard. This was blamed on Medvedev. Under Putin, Russia flourished, under Medvedev the economy contracted and fortunes were lost or diminished.

Vladimir Putin was elected president for the third time in 2012 for a six year term. There was a lot of controversy with his election. There were allegations of voter fraud. Many Russians believe that a third term is unconstitutional.

In 2009, Stanislav Markelov, a human rights attorney who represented journalists who had been critical of the Kremlin and thus found themselves targets of the Kremln—including the murdered reporter Anna Politkovskaya—was shot by a masked gunman. Journalist Anastasia Baburova was walking with him and was also murdered

Natalia Estemirova, a journalist who specialized in uncovering human rights abuses carried out by the Russian state in Chechnya, was kidnapped outside her home. She was then shot in the head and dumped in the woods in 2009.

Russian businessman Alexander Perepilichny blew the whistle on a tax fraud scheme and then died mysteriously in 2012 while jogging near his home in Surrey, England. He had fled Russia a year earlier in fear for his life. Perepilichny had no health issues at the time of his death. Two autopsies and advanced toxicology tests proved inconclusive. However, a plant expert found traces of Gelsemium elegans, a deadly poisonous plant used in Russian assassinations in his stomach. He died of the same radioactive green tea that killed Alexander Litvinenko.

In 2013, Boris Berezovsky, a Russian billionaire who fled to Britain after falling out with Putin was found dead inside a locked bathroom at his home.

Then, in 2014, Putin went out and annexed Crimea. He just decided that Crimea was going to be part of Russia. The world was once again outraged and the West imposed sanctions on Russia over this action.

But still, the murders of perceived enemies of the Kremlin goes on. Boris Nemtsov was a liberal politician opposed to the Putin Government. He was shot four times in the back just feet from the Kremlin in 2015. His murder occurred just hours after urging the public to support a march against Russia's war in Ukraine.

In early February 2017, Vladimir Kara-Murza, a journalist and well-known critic of the Kremlin, and friend of Boris Nemstov was admitted to the hospital after being poisoned. He is currently in a coma and experiencing full organ failure. His wife is convinced that he was poisoned for his role in convincing the U.S. to impose sanctions on Russian officials over the death of Sergei Magnitsky. He became ill on February 2nd as he prepared to fly home to the U.S. for his daughter's birthday. He survived a similar poisoning two years ago.

Kara-Murza had been in Russia for a few weeks promoting his documentary about Boris Nemtsov's assassination.

The common fear amongst pundits and scholars now is that Putin is out to destroy the West's way of life. He views the NATO alliance as obsolete as its essential purpose is to safeguard the freedom and security of its members through political and military means – basically to ensure a liberal world order where human rights violations are punished.

Putin has been expanding Russia's power around the world, including in the Middle East. NATO  is an obstacle that prevents Vladimir Putin from extending his influence into Eastern Europe. So basically, if NATO were to dissolve, it would be a victory for Putin.

Despite what we may be hearing in the media about the Trump administration's ties to Putin and Russian officials, make no mistake, Russia has not been friendly to the U.S. in the past several years. They are angry about the sanctions against their country and Putin sees this as aggression against Russia. Remember, Putin grew up during the era of the USSR and believes that Russia should be an impenetrable world power. To be sanctioned is like being scolded. In Putin's mind Russia isn't scolded.

In Vladimir Putin's Russia, you either agree with him, or you lose your life.