By Amy Lamare on September 14, 2016 in Articles › Billionaire News

This is getting ridiculous. If you are a billionaire in Russia, you've got to be walking around looking over your shoulder. Why? Because Vladimir Putin has put a target on your back. In the years since Vladimir Putin has been running Russia, people who made billions during the first decade of Russian capitalism have been picked off systematically, one by one. They have been jailed, barred from entering the country, forced to cede their assets to the Kremlin (or flat out just had them stolen by the government and its agents), and more shadowy, murky scary scenarios that resulted in loss of fortunes, loss of careers, and even, on occasion, loss of life. Being a friend of Putin is no guarantee that he will not turn on you either—he has been known to turn on friends if he perceives their loyalty is misplaced. 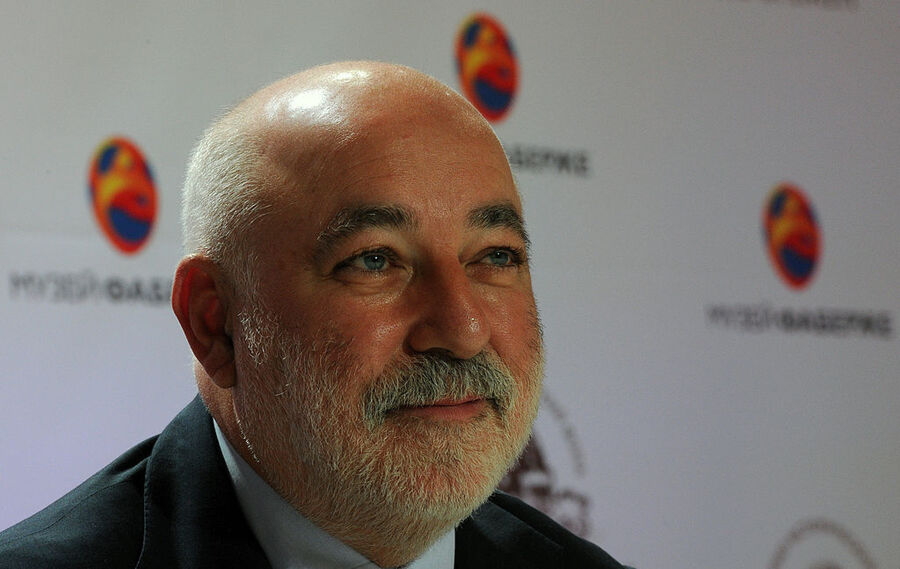 Putin has been attacking his top associates for years. He held his first official meeting with tRussian business moguls back on July 28, 2000. Media mogul Vladimir Gusinsky was not present because he had been jailed and Putin had seized his TV station. Boris Berezovsky had been instrumental in getting Putin elected, but he wasn't at the meeting. He had decided to remain in London to avoid been imprisoned by Putin. Mikhail Khodorkovsky, was there, though it would not be long before he would lose his oil company to the government and spend 10 years in jail. Banker Sergei Pugachev was also there as this was before he lost his Russian holdings and relocated to France.

Viktor Vekselberg was also at that meeting. Over the past 16 years, the billionaire has kept his head down and paid his dues, hoping to stay off Putin's radar. And he's done well at it until now. He built a $10.9 billion fortune while carefully crafting an image of a true patriot by retuning some of Russia's lost treasures such as the world's biggest collection of Fabergé eggs and the archives of Russian philosopher Ivan Ilyin, whom Putin likes to quote in speeches—a crafty move by Vekselberg. Basically, Viktor Vekselberg was as loyal as they came.

But that never stops Vladimir Putin. Even repeated demonstrations of loyalty to the Kremlin are no safety guarantee if you are a billionaire in Russia.

Just this past week, the Kremlin arrested two of Vekselberg's closest associates, Boris Vainzikher and Yevgeny Olkhovik. They also put a third ally of Vekselberg's – Mikhail Slobodin – on their wanted list. Slobodin was CEO of VimpelCom, one of Russia's three big mobile companies. He is also a board member of one of Vekselberg's companies, energy provider T Plus. Slobodin avoided arrest because he was out of the country. When Slobodin learned about the arrests, he immediately resigned from his post at VimpelCom. Given the past history of Putin's attacks on Russian billionaires, he'd be best served to remain out of the country.

Boris Vainzikher, Yevgeny Olkhovik, and Mikhail Slobodin are all part of Russia's corporate elite. They are all also, as mentioned, long-standing business associates of Viktor Vekselberg.

Vekselberg has plenty to worry about. Putin has placed a target firmly on his back with the arrest of his close business associates. It is a warning that he has something valuable that the Kremlin wants. What Putin may want from Vekselberg is his T Plus energy company. It could be useful to one of Putin's billionaire friends. And that's how it goes in Russia. One day you're a successful billionaire running a business and the next day Vladimir Putin decides you have something he wants, or you have too much power or money and POOF! Soon you will find yourself stripped of assets and jailed, or, if you're lucky, fleeing the country to avoid being imprisoned.

Like all Russian billionaires, Viktor Vekselberg is basically a hostage to the Kremlin. At any point, Putin can distribute his wealth and assets as he sees fit. We know from past experience that Putin and his cronies will stop at nothing when they want something.